Trent University is renowned for the innovative and ground-breaking research being conducted by faculty and students, on our campuses and around the world. Trent University Durham is no exception.

Distinguished scholars at Trent University Durham are noted as top researchers in their fields of study – everything from archeological research in Belize and the influence of Canadian literary figures to the analysis and relevance of dreams and expertise on gambling.

Research at Trent University Durham is grounded in the University’s core values of interdisciplinary study and collaboration. Here students have a unique opportunity to work alongside faculty, conducting dynamic research at the University and in the community across a variety of programs and areas of study.

Through excavation of the ancient Maya site of Ka’Kabish, Belize, Dr. Haines’ research focuses on understanding the development of early state societies. Her work has received support from the National Geographic Society’s Committee for Research and Exploration and the Social Science and Humanities Research Council of Canada (SSHRC). ​

Recipient of a 2005 SSHRC grant “Anthropology of the imagination project: mapping the boundary between perceiving and imagining in a Melanesian culture”. Dr. Lohmann’s  research in Papua New Guinea resulted in a primary ethnography of the Asabano, a group of about 200 people living in central New Guinea, the largest island in Melanesia. The Asabano are rainforest forager/horticulturalists.

Amina Malik is an Assistant Professor of Business at Trent University in Oshawa, Canada. She holds a PhD in HRM from York University, and an MBA from Ryerson University.

In June, 2017, her doctoral research was awarded the Best PhD Dissertation Award from the Human Resource Research Institute (HRRI). The HRRI is founded by Human Resource Professional Association (HRPA), which is the most prestigious and largest HR association in Canada and regulates the professional HR practice of its more than 24,000 members across 28 chapters in Ontario. Her doctoral research focused on employees’ perceptions about talent management programs. More specifically, her research explored the darker side of talent management, and explained how some of the negative effects of talent management programs on employees who are excluded from these programs could be mitigated. Her other research interests include cultural minorities’ socialization in the workplace, perceptions of organizational trust and justice, strategic human resource management, and other emerging issues in human resources management.

Tomboys and Other Gender Heroes is a study that brings together gender stories from approximately 600 children and youth.  Set in both urban and rural contexts, Professor Pendleton Jimenez taught gender workshops to young people and asked them how their schools and communities respond to their bodies, passions, and imaginations.

The social networking of nineteenth-century American women writers; the Anglo-American female literary tradition in the nineteenth- and early twentieth-centuries; and the Ontario years of L. M. Montgomery

Early modern Europe, especially England, with a focus on childhood and gender; crime and criminal justice; the British army in the eighteenth century; plebeian marriage and family life

Professor Hurl-Eamon has written three books and more than a dozen scholarly articles and chapters in edited books.  She was the recipient of a SSHRC grant for the research project that became her recent book, Marriage and the British Army in the Long Eighteenth Century:  "The Girl I Left Behind Me" published by Oxford University Press.  She also worked on this project as a visiting fellow at the University of Cambridge in 2011.

Professor O'Connor has a particular interest in alternative community media and how they become the means for the expression of group and subcultural identities. This interest, which represents the expansion of cultural studies to a global context, takes him from Toronto, where he founded the countercultural café Who's Emma? to Central and South America where he has participated in community political action.

Philosophy of Logic and Language, History of Analytic Philosophy.  Current research focuses on the momentous philosophical interchanges between Wittgenstein and Russell, two of the 20th century’s greatest logicians and most important as well as influential analytic thinkers.

Recent publications include “Russell and Wittgenstein on Logical Form and Judgment: What Did Wittgenstein Try that Wouldn’t Work?” (Theoria, Sept 2014) and ““Wittgenstein, Non-Factualism, and Deflationism” (International Journal of Philosophical Studies, October 2013).  Forthcoming book is entitled Wittgenstein and Early Analytic Semantics: Toward a Phenomenology of Truth (Lexington Books).

Primary focus is on human cerebral hemispheric laterality research. A second area of interest is dreams and dreaming in addition to general experimental/cognitive psychology/neuropsychology research.

Human Vision Science and its Applications

Research interests focus on language and cognition and their relation with other domains of functioning in both normal and atypical development.  This is a broad research area that includes numeracy and math, figurative and pragmatic language, executive function, social cognition, and psychopathology.

Professor Morgenshtern's research identity is informed by feminist intersectional theory that takes into account the geo-historical, cultural, regional, classed, religious, and gendered experiences. She is interested in research that focuses on the interconnectedness between individual experiences and larger social structures and policies. Her central purpose is to inform critical social science theory, education and social work practice.

Professor Morgenshtern is currently engaged in a number of research projects:

1. Client Access to Case Records in Social Work Practice. This study explores the role that the principles of client participation, empowerment and respect for client worth play in Canadian social workers’ practices of case records disclosure.

2. Student Experience of Learning Research in Social Work Programs. This scholarship explores social work students’ research attitudes, research self-efficacy, and the impact of coursework and field placement on the development of their practitioner-researcher identity.

Gambling legalization and expansion, in particular the state's role in gambling markets in Canada.  Cultural issues pertaining to the role of mass media in disseminating Canadian culture and identity. 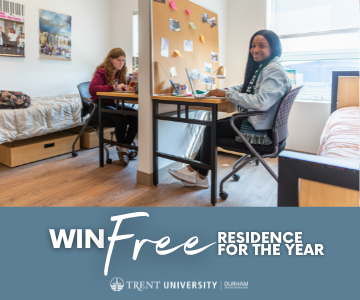