College scarves are a tradition that date back to 19th-century Oxford, England. Originally worn by rowers and other athletes, the scarf began to gain a more universal appeal in the 20th century. Scarves used to be solid in colour, but wool shortages during the First World War led to them having unique, striped designs. 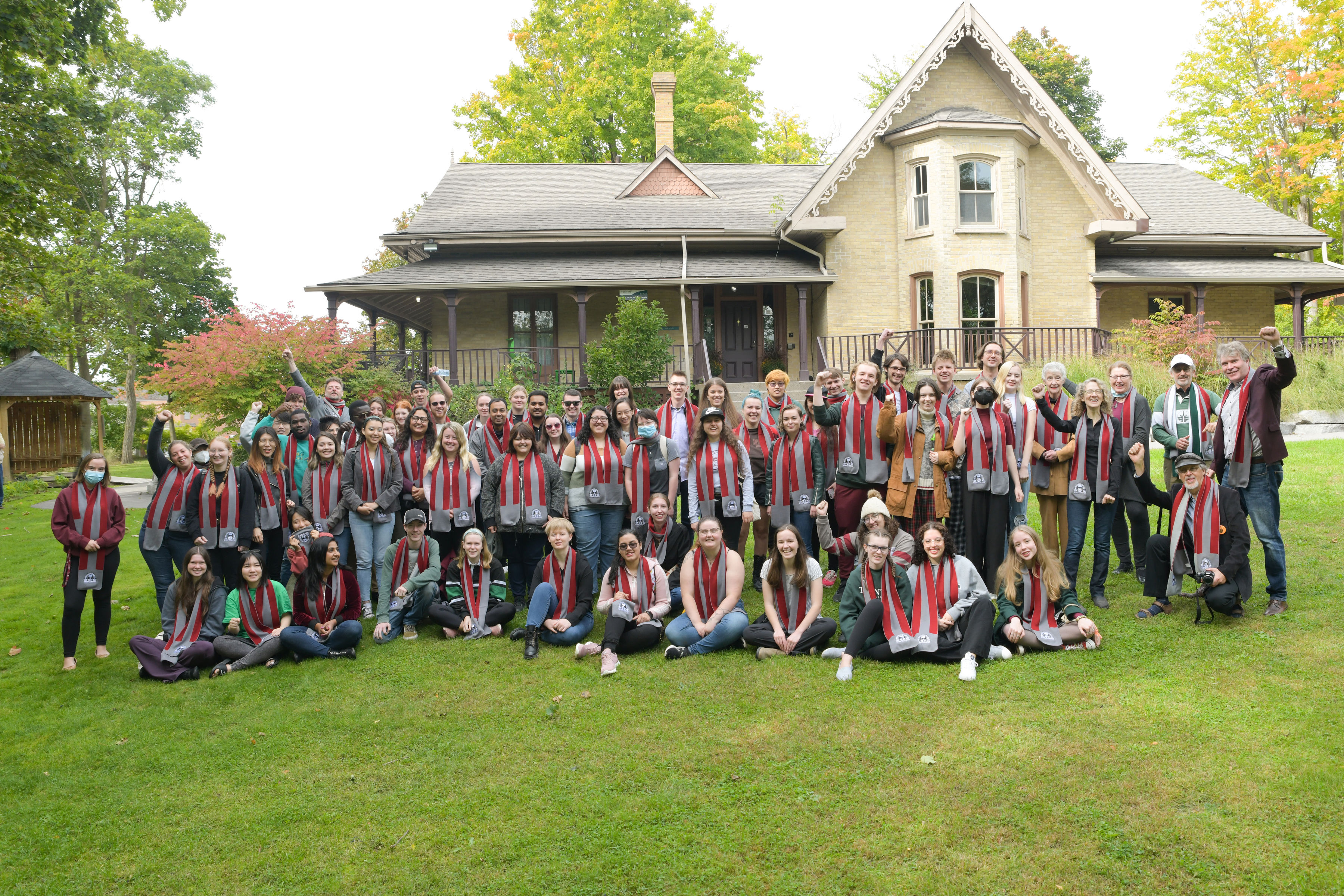 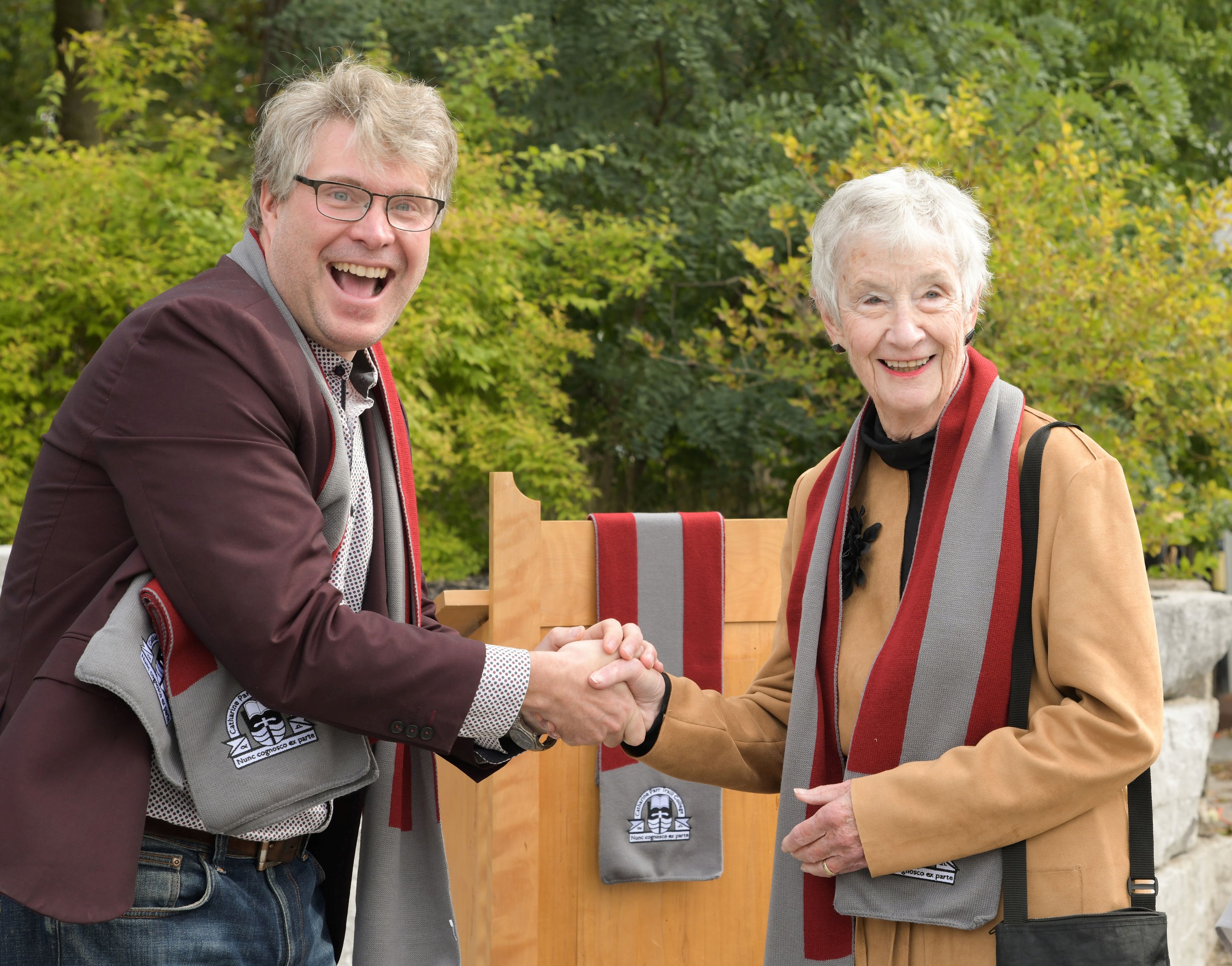 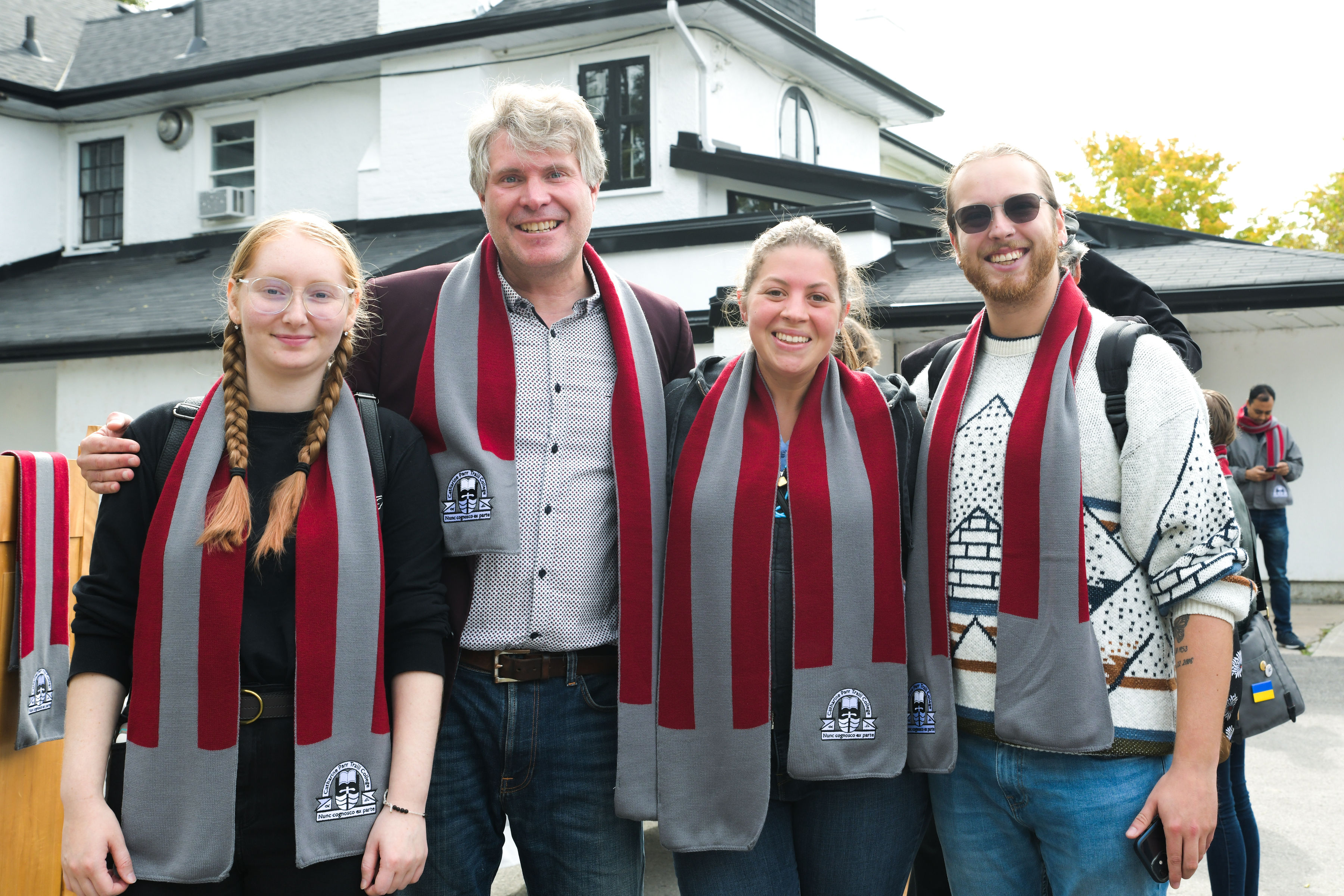 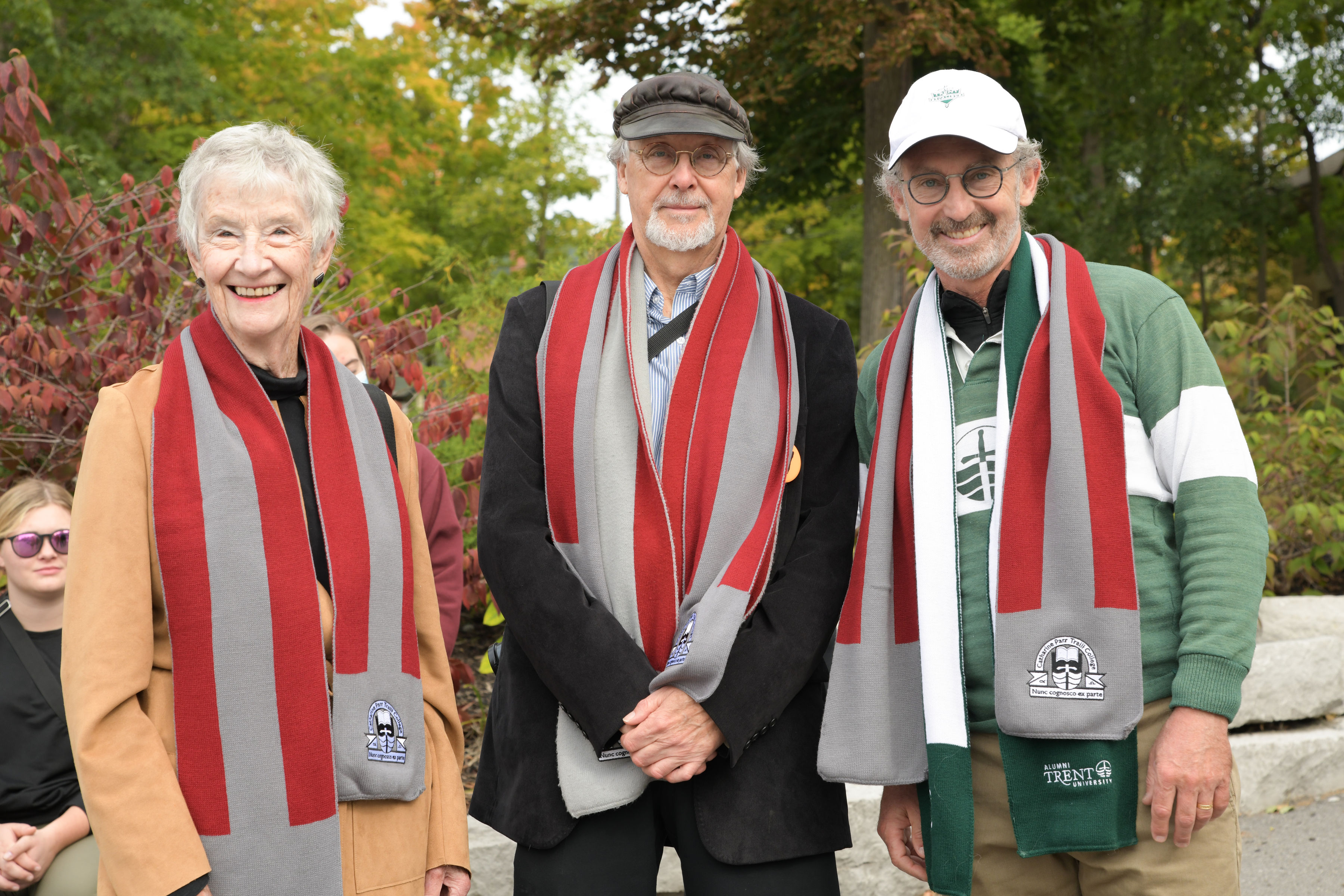 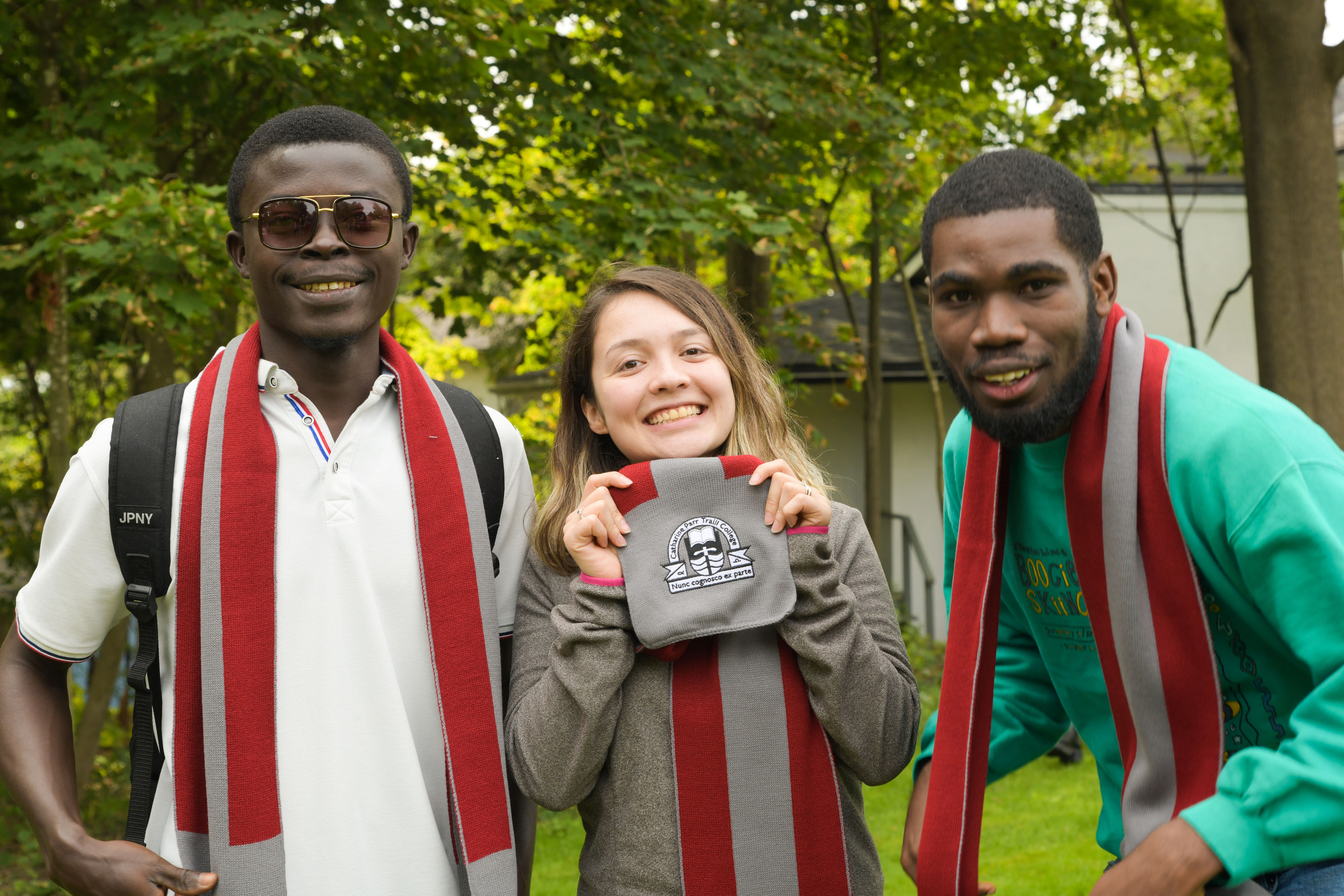 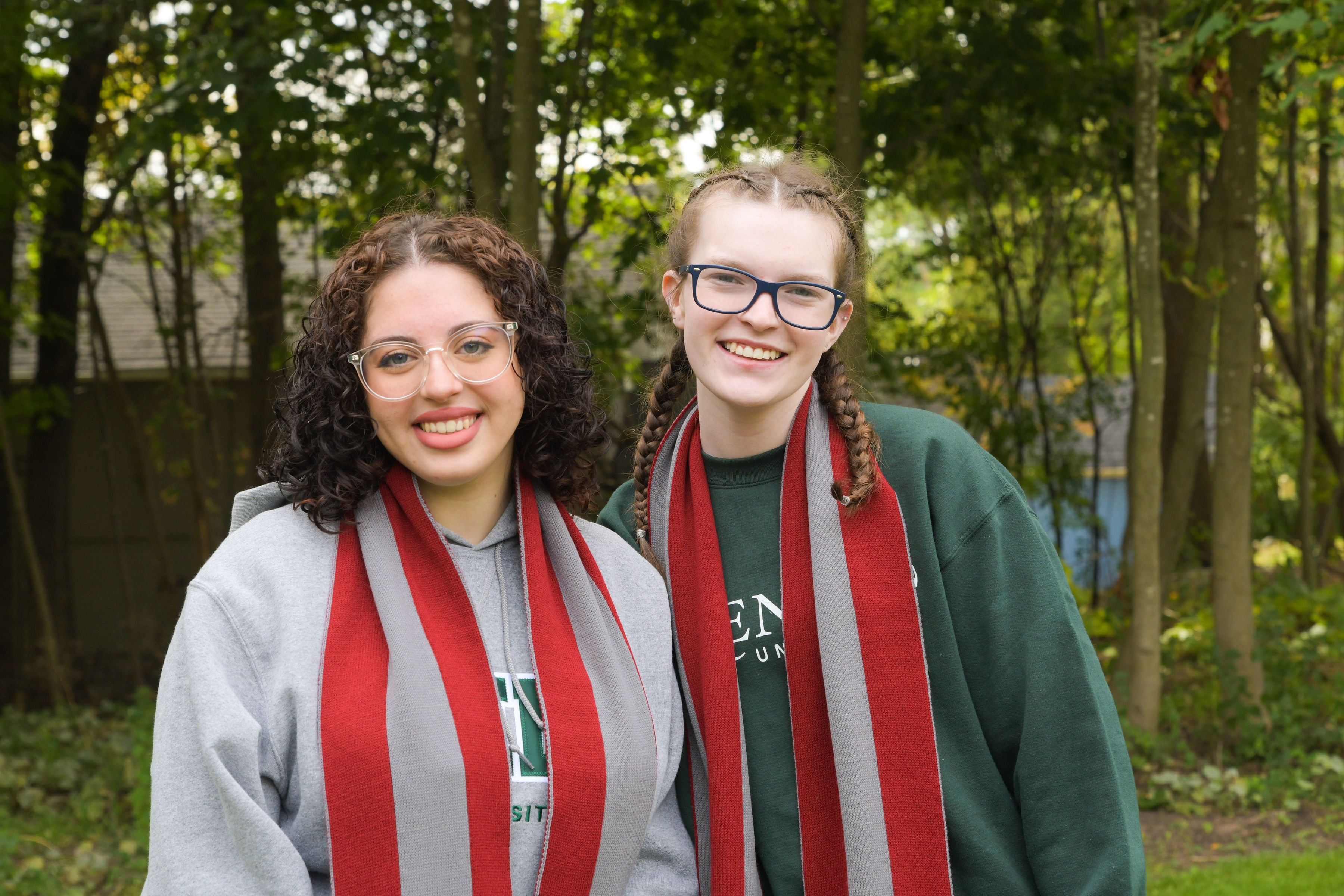 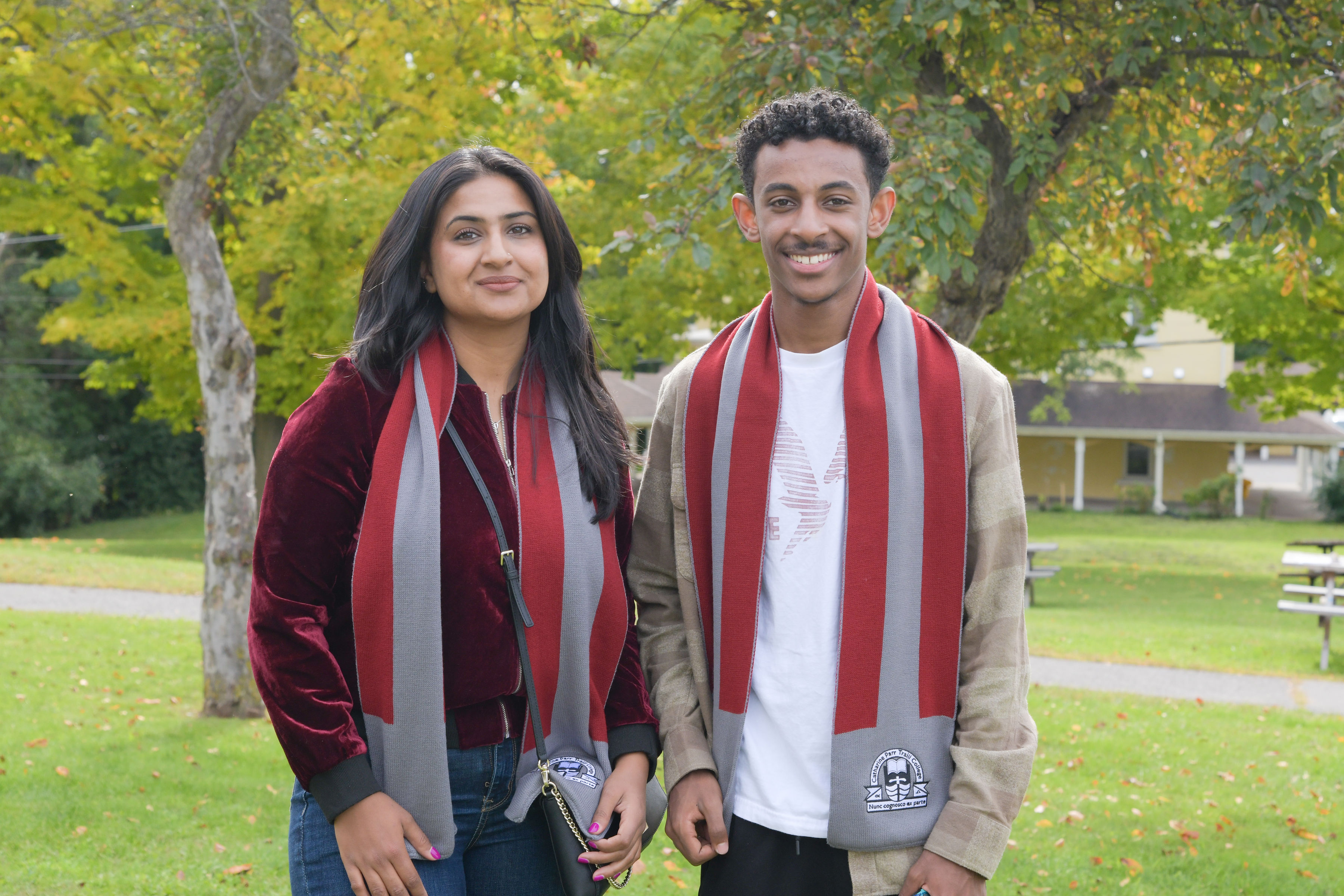 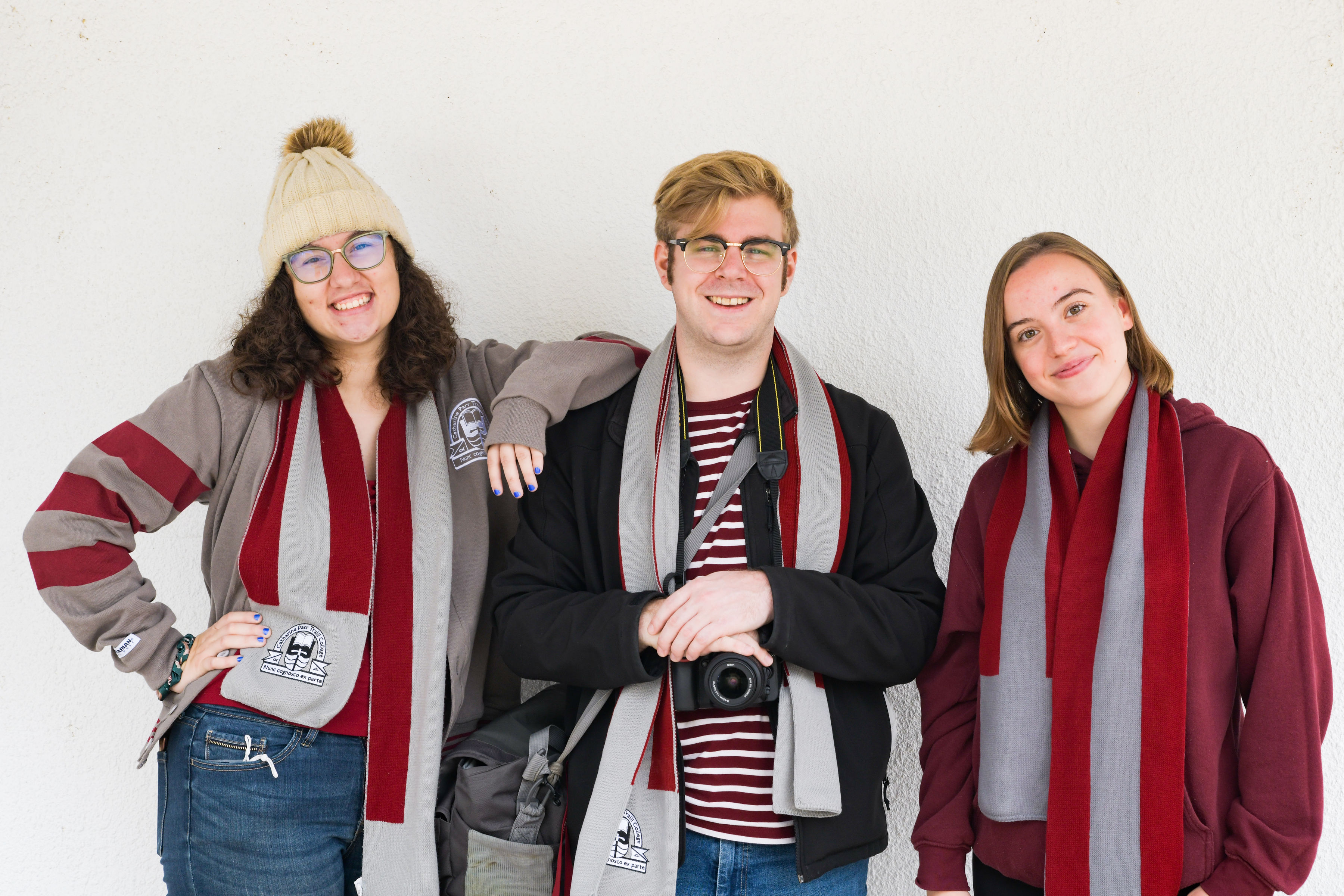 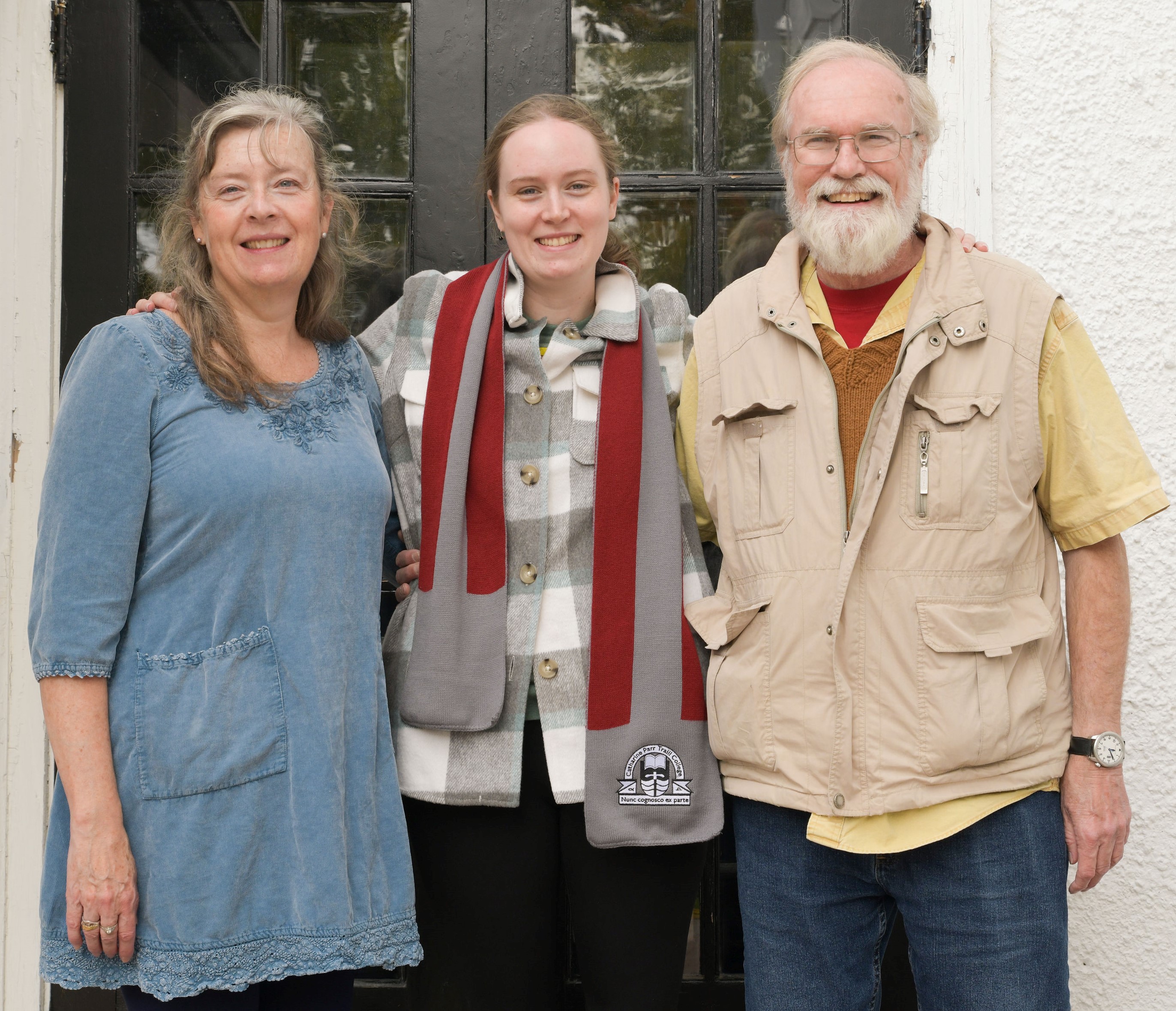 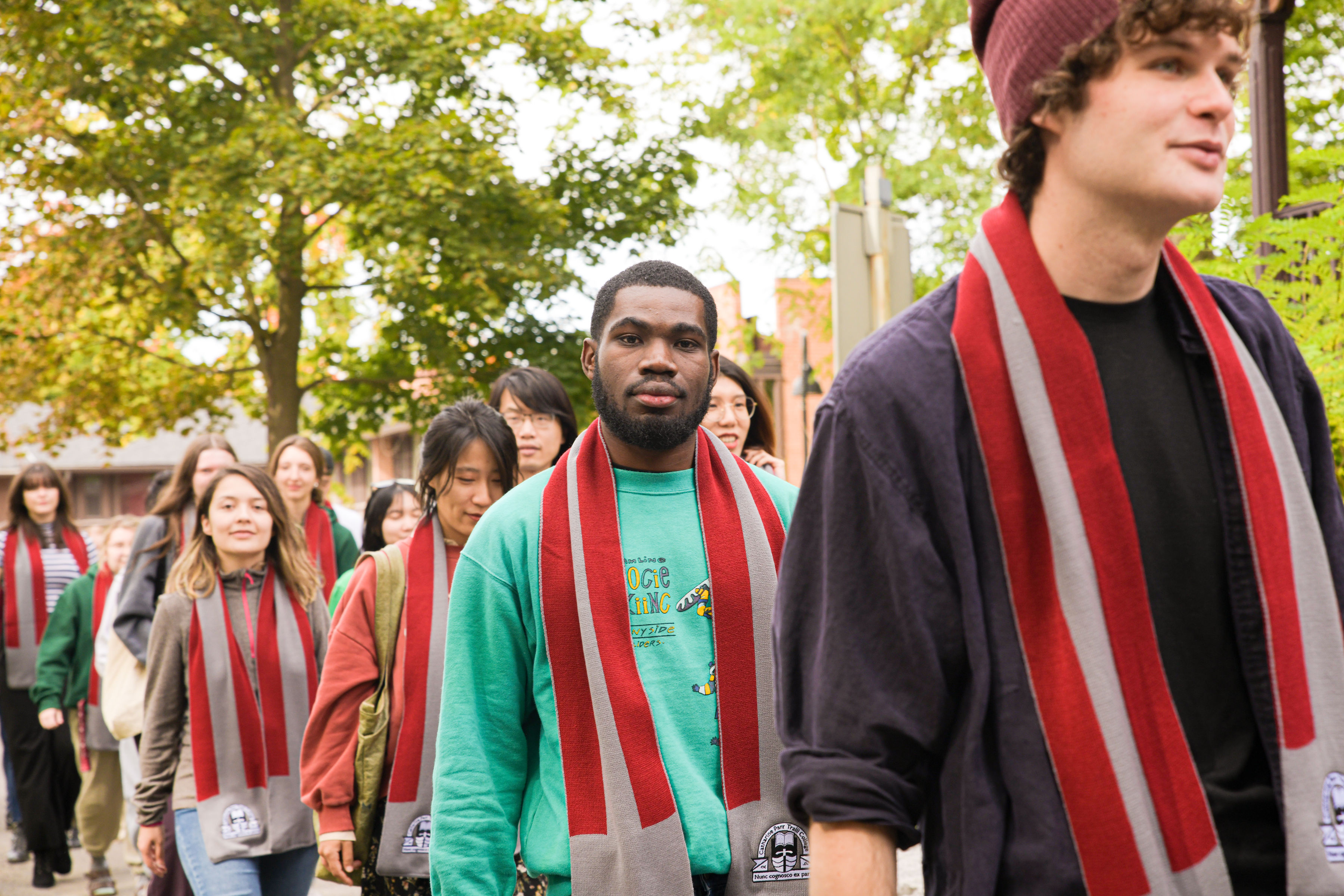 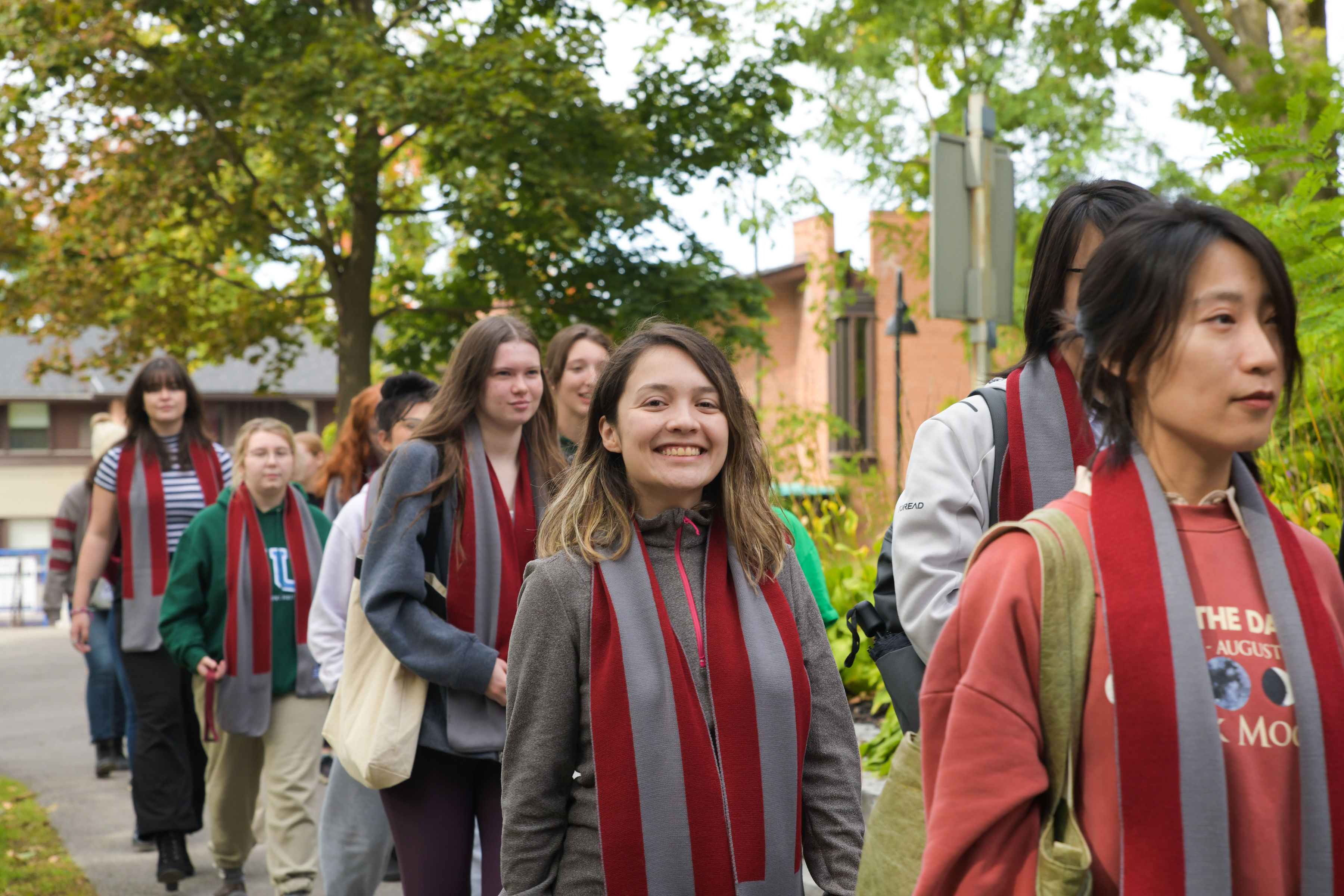 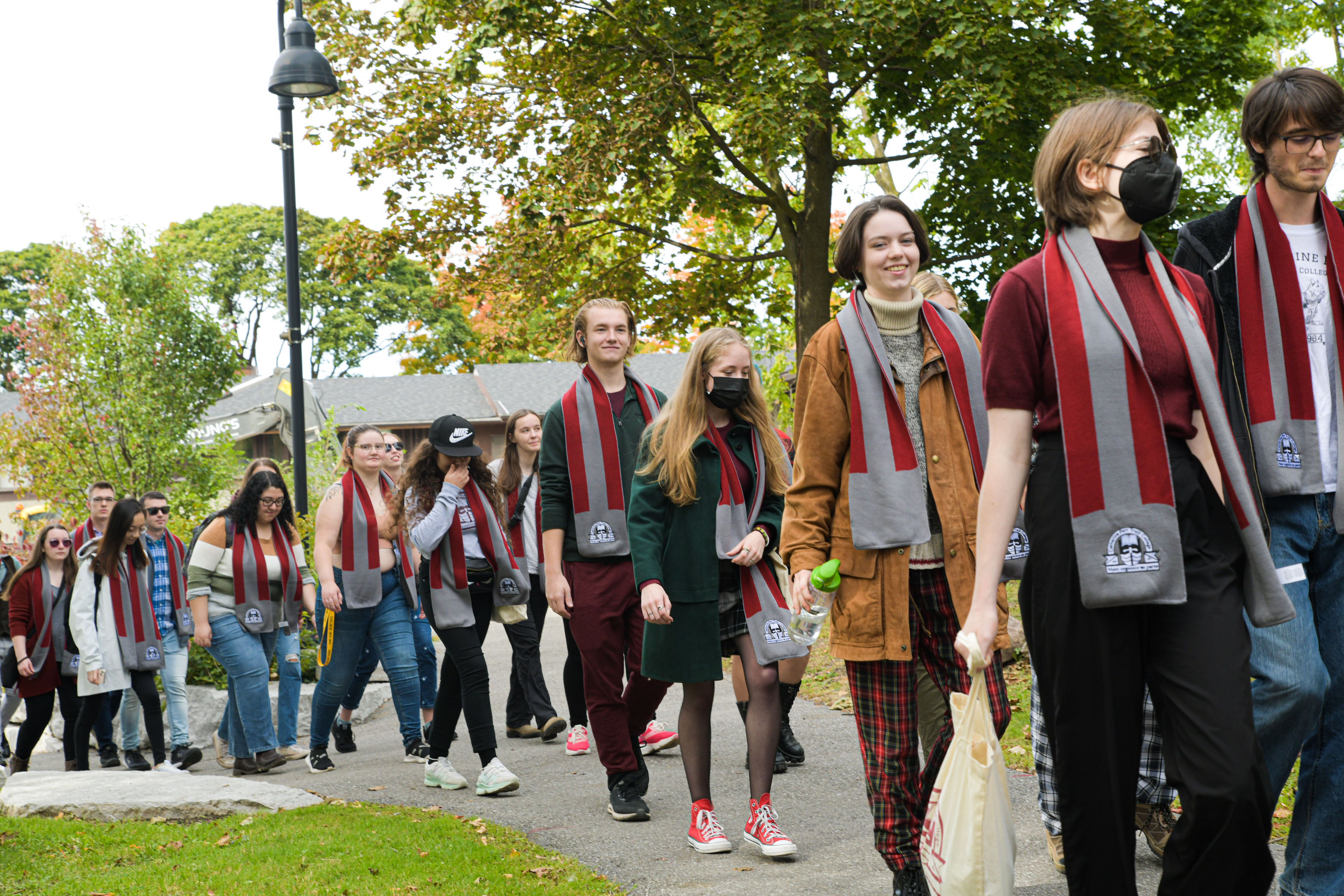 College scarves are a relatively new tradition at Trent University being introduced in 2008. The scarves feature the College’s colours as well as the College crest.

At Catharine Parr Traill College we hand out our scarves to our new students at a ceremony that typically takes place in early October. Students wear these scarves throughout their years at Trent to show their college pride.

If you miss the scarf ceremony, stop by the Principal’s Office to pick up your maroon and grey stripes.