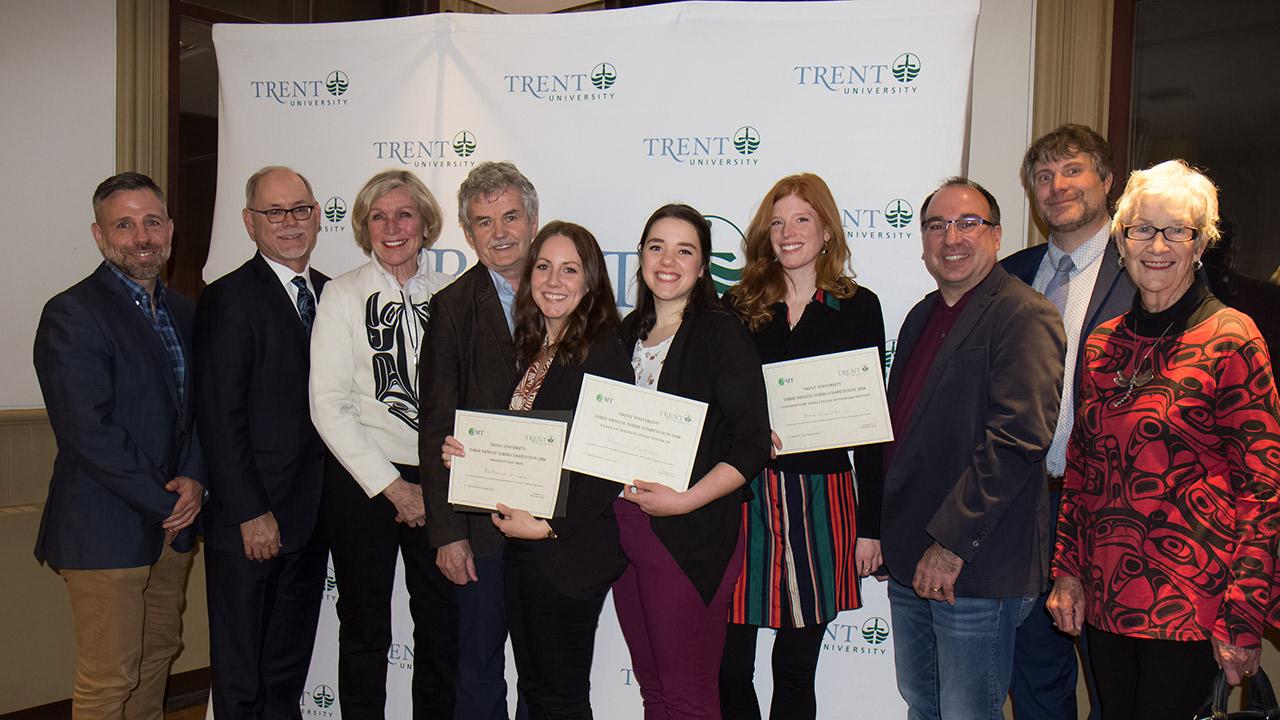 Have you ever had so much information in your head that you don’t know where to start?  Now imagine being given just three minutes to summarize the research at the heart of your 80,000-word thesis to an audience hungry for more.

This is the premise of the Three Minute Thesis challenge that saw 21 Trent graduate students take to the stage at the Market Hall Performing Arts Centre on March 26 to summarize in just 180 seconds what would normally take several hours to explain – all without the benefit of notes and with just one visual aid in the form of a single power point slide.

“It’s tricky but I like to talk about my research,” said Materials Science Ph.D. graduate student Jayme Stabler, who presented her thesis titled Trash to Treasure: Transforming Eggshell Waste. “I tried to make my talk as if I was talking to somebody that I just met and telling them what I do. There has been a few nerves the last couple of days but it’s more about forgetting my words than talking about my research. It was a process…there was some fine-tuning, for sure. I wrote out what I thought would work and I was at five minutes. It was a challenge to get it down to three minutes.”

Following the presentations, the judges compared notes and awarded Canadian Studies student Katharine Viscardis the President’s first prize of $500 and a spot to compete in the provincial Three Minute Thesis event April 17 at McMaster University. Her thesis was titled Locked Away And Out Of Sight. Ms Viscardis also captured the People’s Choice Award of $250 voted on by audience members.

This year marked the seventh annual Three Minute Thesis event hosted by Trent. The event was conceived by, and first held at, the University of Queensland in Australia in 2008. Since then, Ph.D. students around the globe have participated in Three Minute Thesis challenges hosted by their respective post-secondary institutions. 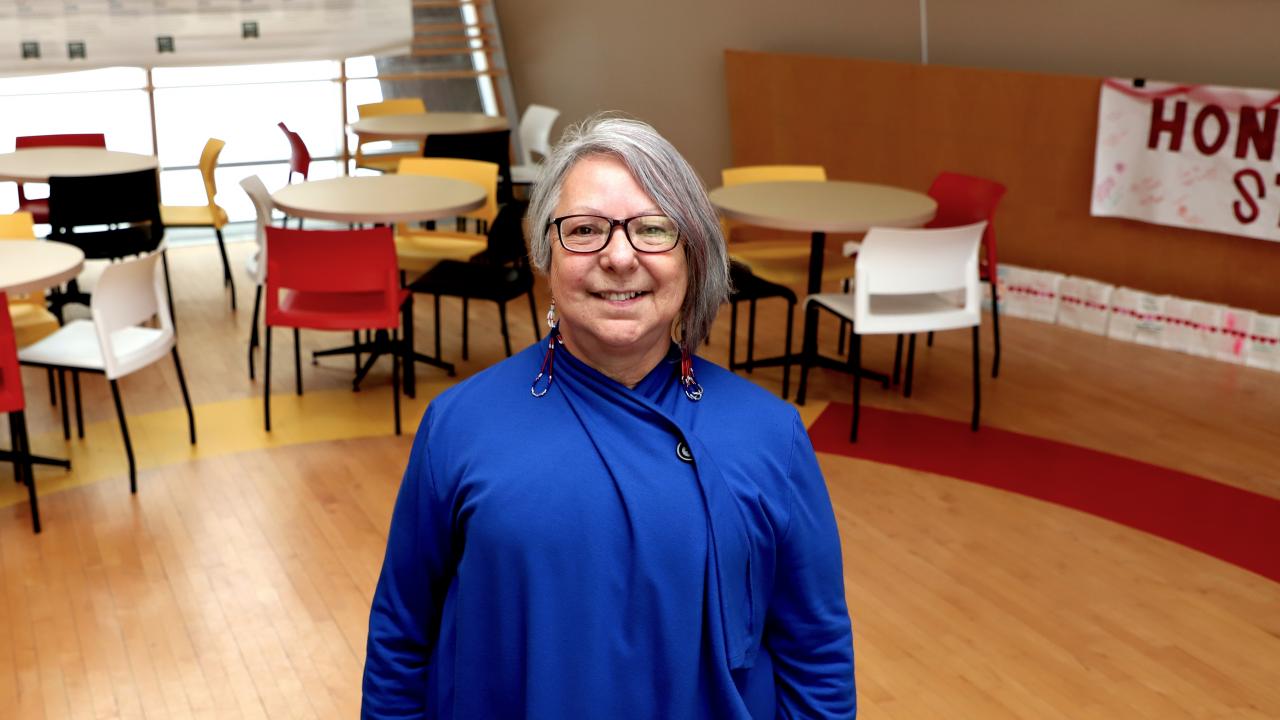 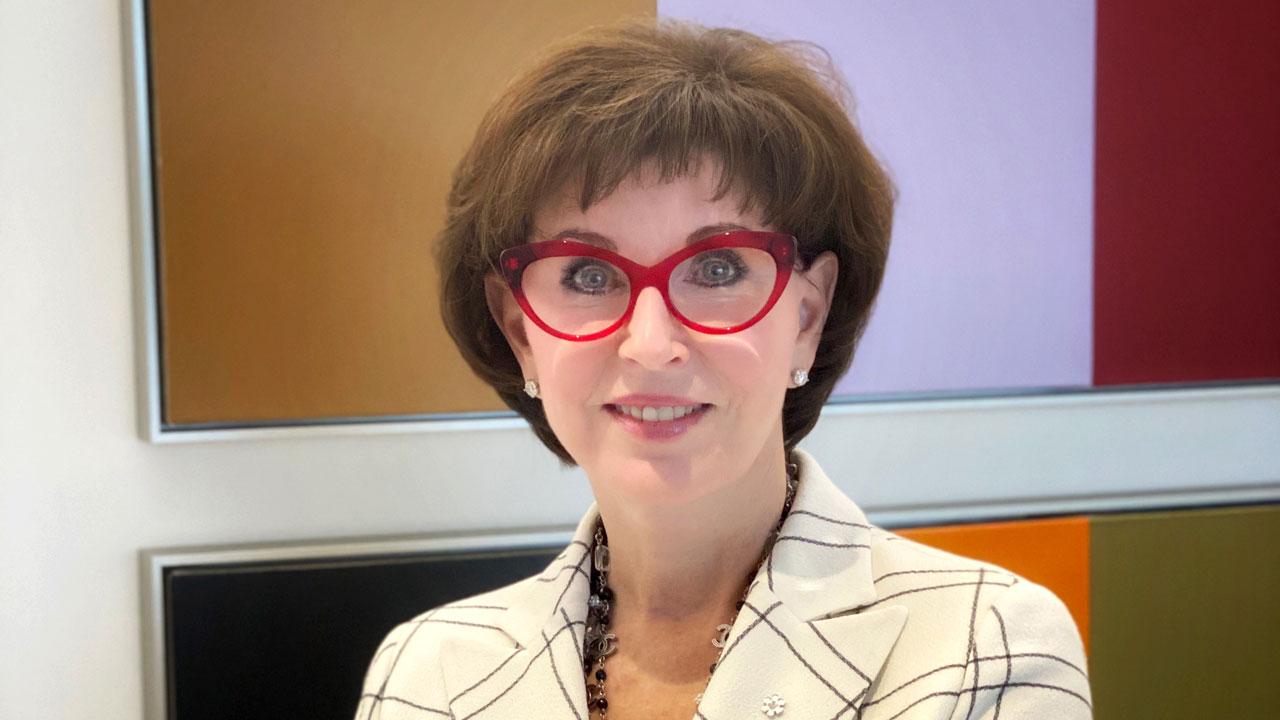 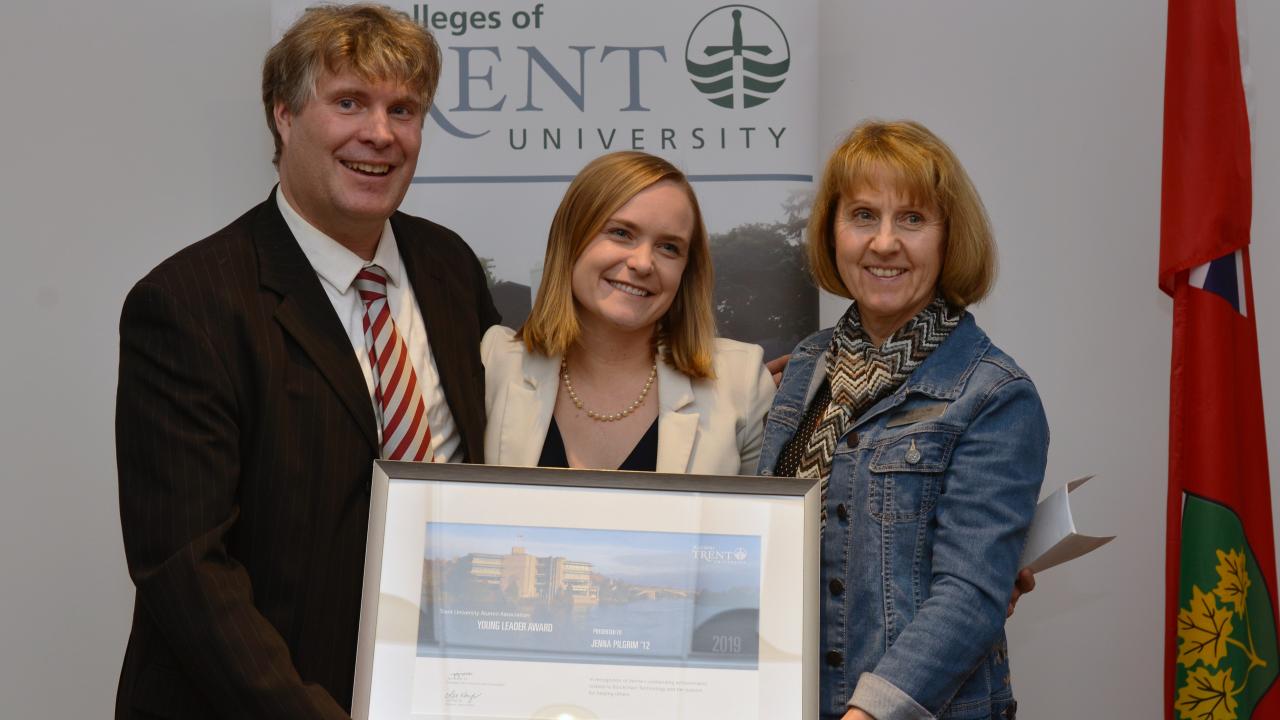