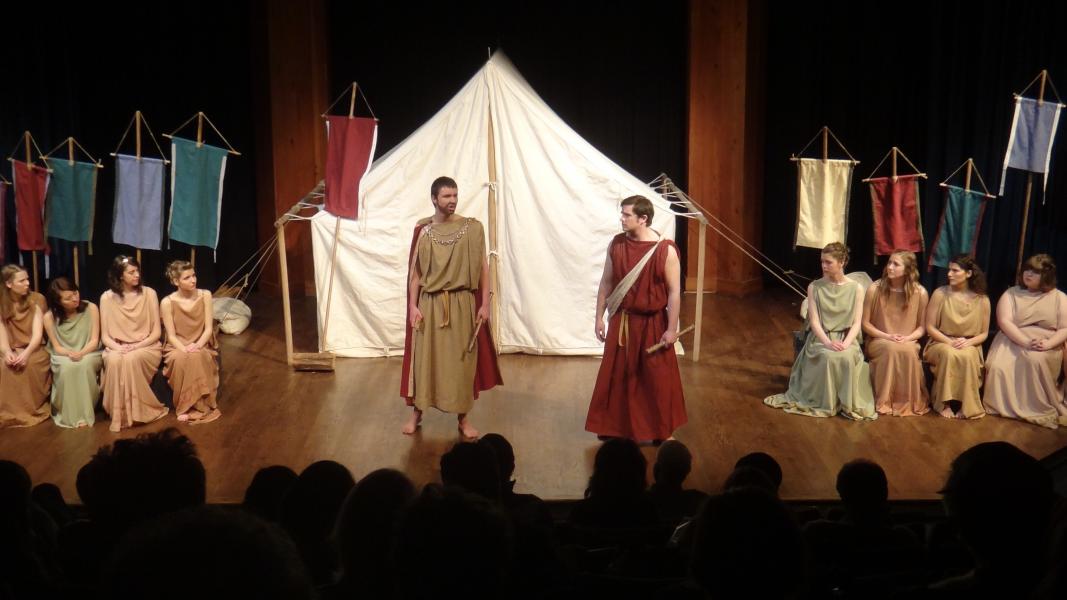 The Classics Drama Group was founded by Martin Boyne in 1993 and presented its first production, Euripides Hippolytus, in 1994. The group has since presented a Greek play in translation every year. Until 2004, all performances were held in the Lady Eaton College Pit.

In 2005 the CDG moved to Nozhem First Peoples Performance Space in Gzowski College.

The group has in the past also brought performances to downtown Peterborough, Oshawa, Toronto, and Waterloo.