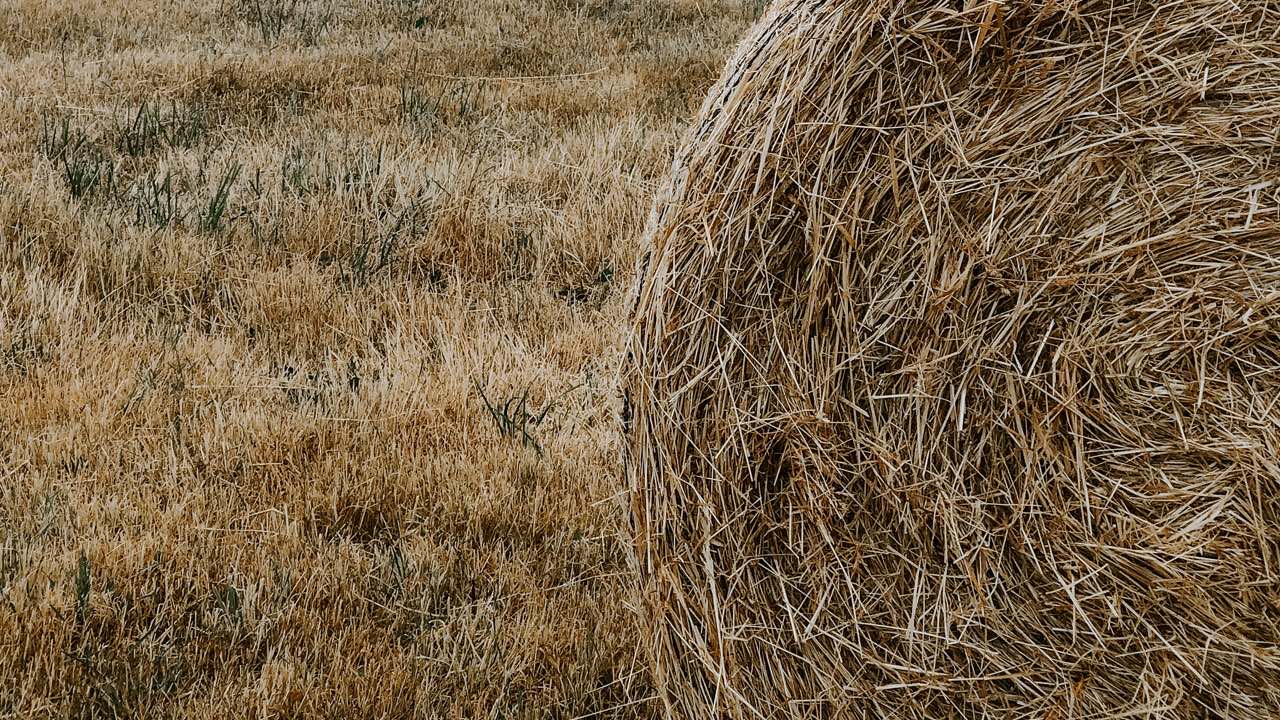 In 1998, Chris Magwood built a home for his family. What he didn’t realize at the time was that he was also building himself a career. Armed with an English Literature degree, he hoped that this custom home, north of Madoc, would be a place where he could make a living for himself as a writer.

But while he continued his freelance work, it was his house that was really garnering attention. Mr. Magwood’s home, you see, was the first straw bale house in Ontario. And, as he would soon find out, it was kind of a big deal.

“While it wasn’t my area of study, during my time at Trent, my environmental awareness grew,” he recalls. “So, when my partner, Julie, and I decided to build a home, we wanted it to be as environmentally friendly as possible.”

“That first construction project was supposed to be it,” he confesses. “I was building the house that I was going to live in and do my writing in. But what happened was that people found out about this straw bale house and got excited about it. And that led to people asking for me to help with their houses. Then someone asked me to do a workshop…. Within two years, it became a full-time thing. And it’s been like that ever since.”

In the years following, Mr. Magwood grew from pioneer to leader in the green building movement. Currently working on the new Forensics Crime Scene Facility at Trent, his knowledge and experience is sought after by businesses and institutions across North America.

“I’m sometimes shocked about who I’m in the room with now, and who’s interested, and who’s talking. It’s really encouraging to see these big companies recognizing the importance of sustainable building and putting their money where their mouths are.”

Not bad for a guy who just wanted to build his family a home.

From Builder to Author to Educator

By 1999, Mr. Magwood was building full time alongside friends and business partners Pete Mack and Tina Therrien. They spent the next seven years as Camel’s Back Construction, working on dozens of straw bale buildings, learning how to make natural building materials and renewable energy systems practical and efficient.

“Three or four years after that,” he found the intersection between his early love as a writer and his current passion for sustainable construction. In 2000, he co-authored the book Straw Bale Building with Mr. Mack and Ms. Therrien. It was the first of seven books he’s written to date. Along the way, he’s published magazine articles, contributed to other books and acted as editor of The Last Straw Journal.

By 2005, he decided to take the educational aspects of his work to a more organized platform, proposing a curriculum for a Sustainable Building Design and Construction certificate program to Fleming College. He held the position of lead instructor until 2011.

In 2012, he helped found The Endeavour Centre, a not-for-profit sustainable building school, that offers both full time programs and workshops on natural and sustainable building materials and strategies, as well as renewable energy and efficiency techniques and technologies. Endeavour teaches in a hands-on manner that sees students working on remarkable new buildings for individuals, businesses, and institutions. The Forensics Crime Scene Facility is the second major building they’ve worked on at Trent, alongside the Camp Kawartha Environment Centre.

“I’ve just begun book number eight,” he says. “Beyond Zero” is about the potential for buildings to be carbon “draw-downs,” or repositories for atmospheric carbon. His other titles include Essential Sustainable Home Design and Making Better Buildings.

While Endeavour takes on many types of clients, Mr. Magwood sees institutions as an integral part of his work.

“We do try to work with institutions because you can impact more people,” he explains. “We really try to find public projects.”

In this way, his buildings become educational, not just to his student builders, but to the communities they are building in. “One of the fear factors people have about new materials and technologies is whether or not they will work, or whether or not they will last. Then you see these buildings when they’re 10 years old. The 4Cs Food Bank and Lily Anne Thrift Store in Haliburton was 2005, that’s 15 years old now. The RD Lawrence Place museum in Minden is 12 years old. And there are no problems with these buildings. So that helps put people at ease.

And it normalizes it too. When it comes to a project, at first it will be seen as the weird building; then it just becomes ‘the building.’ It helps make this architecture and these practices less scary and more normal.”

While many clients know that they want to build sustainably, they don’t necessarily have a firm grasp of what that might mean. Endeavour (and Mr. Magwood) specialize in helping clients understand what exactly it is they’re hoping to achieve.

“There will be a notion that they want a ‘green’ building, and we’ve parsed out a way to figure out what that means for that person or that group. Big on the list for the Forensic building is the carbon footprint, for others it might be the indoor environmental quality and making sure there are no harmful chemicals involved; or the physical footprint on the site and minimizing that; or it might be energy performance or getting all your materials from the local economy. The needs show themselves in different ways. In this case, the carbon footprint is relatively simple. But, then, you have a building like the Camp Kawartha Environment Centre, where, as a means of showcasing the building as an educational model for sustainability, they were ticking the boxes for virtually every criterion. So that building turns out very different than if you are looking at one or two criteria.”

Things have come a long way in sustainable building since Mr. Magwood built that first straw bale home. What was then novel has become mainstream.

“I feel like we’ve hit the tipping point on awareness, but that we’re waiting for that to turn into action,” he notes.  “We no longer spend any time arm-twisting people into thinking that sustainable building is important, that the carbon impact is important, that the indoor environment is important. Everyone is on side with that. The next step, now that you have everyone nodding along, is how to get people to invest. But I do think that is changing more rapidly now. I think the climate crisis is the driver of that. I can’t believe the leaps that are happening in terms of people’s awareness of the issue, the understanding of a building’s impact on the issue, and a real desire to address it.”

As the technology becomes more accepted by businesses and institutions, he looks to places like Trent for leadership in implementing it. “It's leading institutions that set the bar, and everyone else comes along and tries to reach for it.”

For Mr. Magwood, Trent is remarkable for several reasons. “The thing about this institution is that they give people a chance. And because of the connections you make and the faculty understanding of the students, there’s an understanding that it’s not always the A+ students who do the cool stuff. When some people don’t excel academically, it’s not because they don’t have the ability, it’s because they’re busy doing other things.”

His undergraduate work at Trent showcases this. “When I was first at Trent, for instance, I was running this literary magazine. I couldn’t have cared less about my courses, but, man, I was learning so much running that magazine. It was amazing. So, I ended up with a 72% average, which doesn’t look great on a transcript, but was absolutely amazing for my life. It showed me that I could do things like start a business from scratch. Or that I could make all these contacts. It built me up as a person in a way that, if I had just done my studies, I would have missed out on.”

Being able to come back and do his master’s degree was a huge stepping stone for him. Technically not qualified for entry into the program, Trent—and Professor Stephen Hill—took a chance on him.

“I was proposing to Stephen something for which there was almost no academic literature to back it up. Especially when I started. When I put together a proposal, they asked me to put together a bibliography of works I would cite. And there were maybe four articles at the time. When I finished my master’s, I re-did the same Google Scholar search that I did five years before and there were literally thousands of articles. But they went for it. And that’s incredible. I ended up being at the leading edge of because Trent said, ‘you can do that here.’”

His work, on quantifying the carbon storage potential of building materials, has been integral to the growth of sustainable building practices, particularly carbon sequestration.

And people have definitely taken note.

“I’m now consulting with big tech firms in California who want to make their data centres carbon storing. And these are 500,000 square foot buildings that they put up 80 of a year.”

While Mr. Magwood’s career arc has surprised even him, it also seems natural. After all, he’s a builder. And that’s what he continues to do. Building facilities. Building momentum. And building a base of academic knowledge that didn’t exist before.

“I couldn’t have chosen a more interesting and impactful career path. Although, even now, I’m not sure that I chose it. The reach is now way beyond where I thought it would be.”

Learn how the new Forensics Crime Scene Facility at Trent is setting new academic and environmental standards all at once. 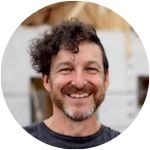 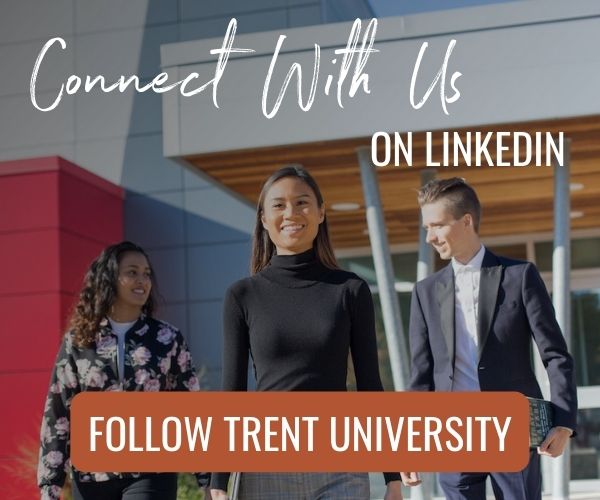