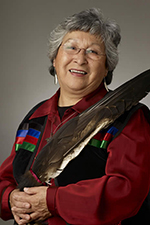 Edna is Odawa/Ojibway from Wikwemikong, Manitoulin Island; head woman for the Eastern Doorway of the Three Fires Midewewin Lodge. She is well-known nationally as a Traditional teacher, ceremonialist, drum keeper and grandmother. She has been instrumental in the re-introduction of Traditional teachings and ceremonies in the local area, and is an active researcher of Traditional medicines. Edna is the founder of the annual Aboriginal women’s symposium at Trent. It was through her vision that Indigenous Studies and Trent started Nozhem Theatre, our Indigenous performance space that is developing an international reputation in Indigenous theatre and dance performance. 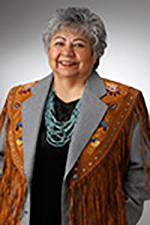 Shirley is a member of the Bird Clan of the Ojibway and Odawa First Nations of Canada. Her Anishinaabe name is Migizi ow Kwe meaning Eagle Woman. She was born and raised at Wikwemikong, Manitoulin Island and attended St. Joseph’s Residential School in Spanish, Ontario. After completing her NS diploma, she received her BA in Native Studies at Trent Univer-sity and her Native Language Instructors Program diploma from Lakehead University in Thunder Bay. Shirley received her Master’s Degree from York University in Environmental Studies. In June of 2004, Shirley retired from the Indigenous Studies Department and now holds the title, Professor Emeritus.

Doug an Associate Professor/Director of Studies for the Ph.D. Program and oversees the cultural component of the program. A member of the Mississaugas of Curve Lake First Nation, Doug was one of the first graduates of Indigenous Studies at Trent in 1972.

Marrie Mumford, was the first artistic director of Trent’s First Peoples Performance Space. Marrie has spent over 25 years in professional theatre in Canada and the U.S. as an actor, director, producer and instructor. 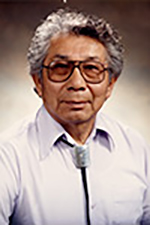 ​The late Jacob "Jake" Thomas was a leading proponent and interpreter of Iroquoian culture: craftsman, condoled Cayuga Chief, longhouse speaker or official "faithkeeper", singer, preacher of the Code of Handsome Lake, master of the Condolence Ceremony, authority on the Great Law of Peace. 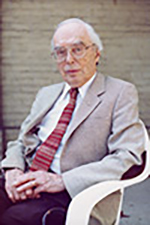 Professor Kenneth E. Kidd was born July 21, 1906 at Barrie, Ontario the son of D. Ferguson Kidd and Florence May Jebb.  In 1964, Kidd joined Trent University as a professor of Anthropology and in the following year he established and chaired the Native Studies Program which was the first of its kind in Canada.

​Marlene joined the department in 1973, just four years after the establishment of the program - the first of its kind in Canada. Prof. Castellano also served as Chair of the department from 1989 until 1991, at which time she became Co-Director of Research for the Royal Commission on Aboriginal Peoples.

Ernest Benedict is an elder of the Mohawk Nation whose influence as an educator, traditional leader and enduring force in social and community development continues to influence Aboriginal people.  He received a B.A. from St. Lawrence University when Canadian Aboriginals with university degrees were almost non-existent.

Gilbert C. Monture was born on August 27, 1896 on the Six Nations Reserve, Brant County, Ontario. He was the great grandson of Joseph Brant. In 1921, he received his Bachelor of Science degree in Mining and Metallurgy from Queen's University. Monture enlisted in World War I as a gunner in the Royal Canadian Field Artillery.

Fred Wheatley was an Ojibwa language instructor as part of the Indigenous Studies program at Trent University.   He began to relearn the Ojibwa language and promised himself that, if provided the opportunity, he would teach others. His teaching style has been described as gentle, lively and good humoured, and he has inspired generations of students to learn and preserve the Ojibwa language.

John Wesley Beaver (1920 to 1980), descended from generations of Chiefs of the Mississauga band of the Ojibway people, was Chief of the Alderville First Nation in the early 1950’s. Jack, as he was known, was a fighter pilot in the Second World War, and used his veteran’s allowance to attend Queen’s University.