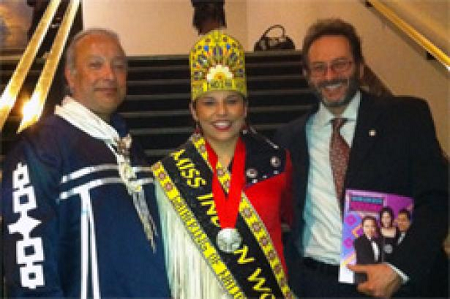 Trent University’s alumna Teyotsihstokwáthe Dakota Brant ‘06 was awarded the Special Youth Award in the National Aboriginal Achievement Awards (NAAA) in Edmonton on March 11, 2011, for being an Aboriginal Canadian who has made a profound impact on her community, across Canada and worldwide.

As the special youth award recipient, Ms. Brant received the only cash award of $10,000 from the NAAA.

Among the first graduates of the Indigenous Environmental Studies degree program at Trent University Ms. Brant is the first to graduate with a specialization in the Mohawk Language Program. 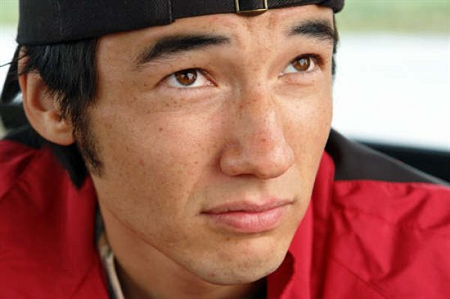 While studying at Trent University Professor Chris Furgal, introduced James Kuptana to the Circumpolar Flaw Lead System Study (CFL) which is a Canadian project of the International Polar Year. This project is part of the CCGS Amundsen icebreaker which travels in the Beaufort Sea and has a vast array of studies happening on board, from physical oceanography, atrophic levels and food webs, to gas fluxes and environmental contaminants. 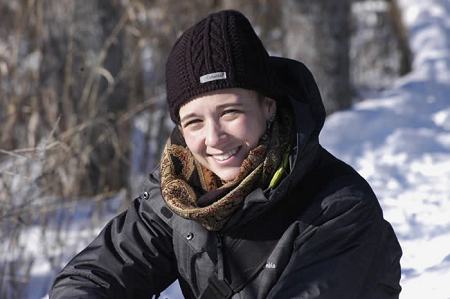 I completed my M.Sc. in the Environmental and Life Sciences Program in January 2012. The work I did for my thesis project laid the foundation for my interest in human-ecological relationships, linking ways of knowing, and in working with Aboriginal* communities. I thought the addition of government work would be interesting, and I began an internship with the Ministry of Natural Resources in Aboriginal Policy before I had completed my degree. I wanted to be exposed to how policy is developed, its relationship to science and research, and the relationships between First Nation and Métis communities and the Ontario government ministry whose mandate is natural resource management. My position has also involved providing policy advice on Aboriginal rights and interests, internally as well as to the public and with industry proponents. Additionally, I support the development of programs and policies designed to improve Aboriginal community-government relations.

To complement my policy work, I wanted to be involved with exploring and developing partnership and co-management opportunities with Aboriginal communities. Over the past two years, I have been able to combine my experience with research methodologies, including building relationships and linking knowledge systems, with policy and program development. As an example, I was able to extend the project I began in my M.Sc., and I have continued working with First Nation communities to implement a pilot program for community-led harvest and wildlife information gathering projects.

My work in MNR has strengthened my interest in working with communities, as well as developed my belief in the link between science and policy. I hope to continue in this field, learning and working with Aboriginal communities, as well as linking science and Aboriginal knowledge towards a greater understanding of and adaptation to ecological (and socio-ecological) change.