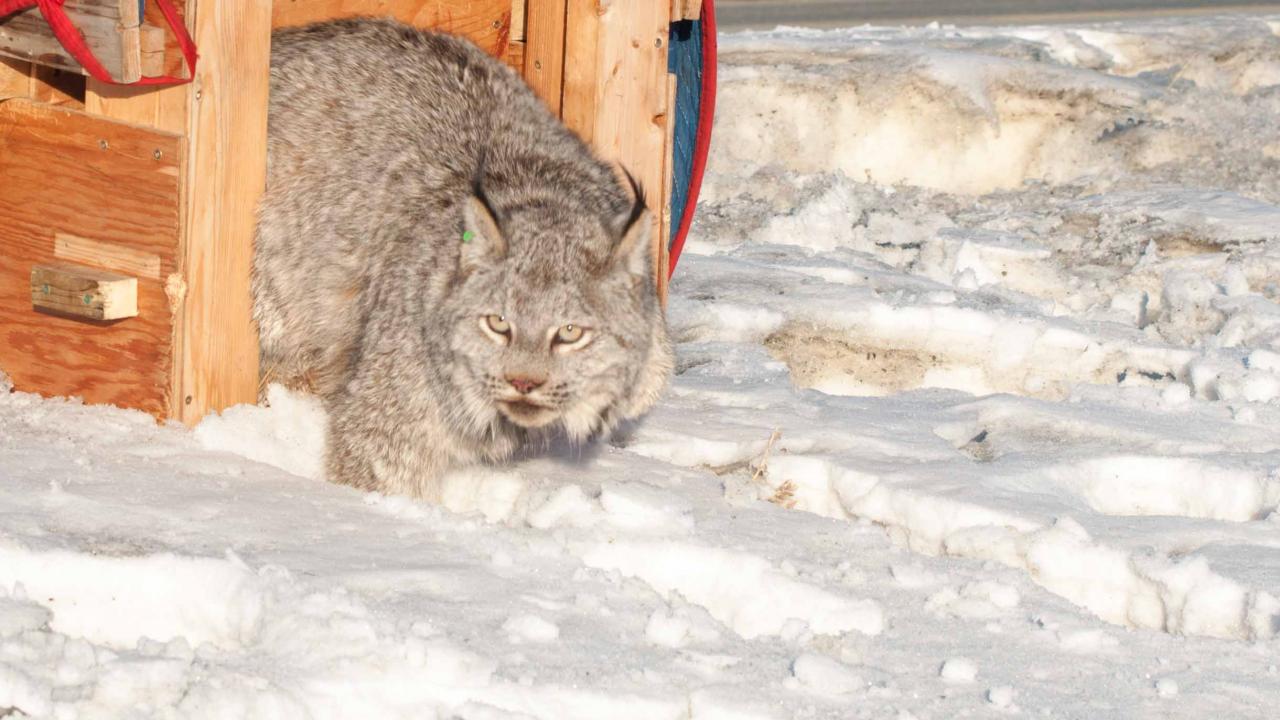 This funding will allow the research team to expand its longstanding investigation of lynx, studying the behaviour of Canada lynx in northern ecosystems. Collectively, the team has monitored lynx and hare populations in the Kluane region of the Yukon since the 1980’s. Their work currently constitutes the longest-running study of a vertebrate predator-prey system in Canada, and perhaps the world.

By applying state-of-the-art technologies, scientists will be able to intensively monitor animals in an effort to address major questions that have been impossible to answer previously. The research team will capitalize on the natural fluctuation in lynx and hare populations to investigate how animals respond to drastic changes in their natural environment. Canada lynx undergo 10-year population cycles which closely follow those of their primary prey, snowshoe hare.

RTI funding will allow current Ph.D. student Rachael Derbyshire from the Environmental & Life Sciences graduate program to investigate lynx habitat selection, fine-scale movement patterns, and hunting tactics over the span of several years, as hares transition from being abundant to scarce in the study area.

“This funding will provide me with a unique opportunity to explore how lynx predation on hares varies through time and whether such changes affect population cycles and boreal ecosystem dynamics,” – Rachael Derbyshire

The RTI grant program supports purchase of equipment for addressing major research questions in Canada. The equipment to be purchased consists of state-of-the-art instruments to be affixed to lynx, including satellite GPS radio-collars for tracking movement and habitat selection, accelerometers for identifying activity patterns, and acoustic recorders for tracking interactions with both prey and other predators. Together, these instruments will enable the simultaneous collection of multiple types of information from free-ranging lynx, and thereby provide unprecedented insight into the behaviour of these elusive predators. Lynx are harvested for their fur and while their populations are secure in central Canada, more southerly populations are of conservation concern.

“A value-added aspect of the data to be collected using these instruments is that they will provide insight to help inform management strategies needed to sustain lynx viable populations through space and time,” – Professor Murray