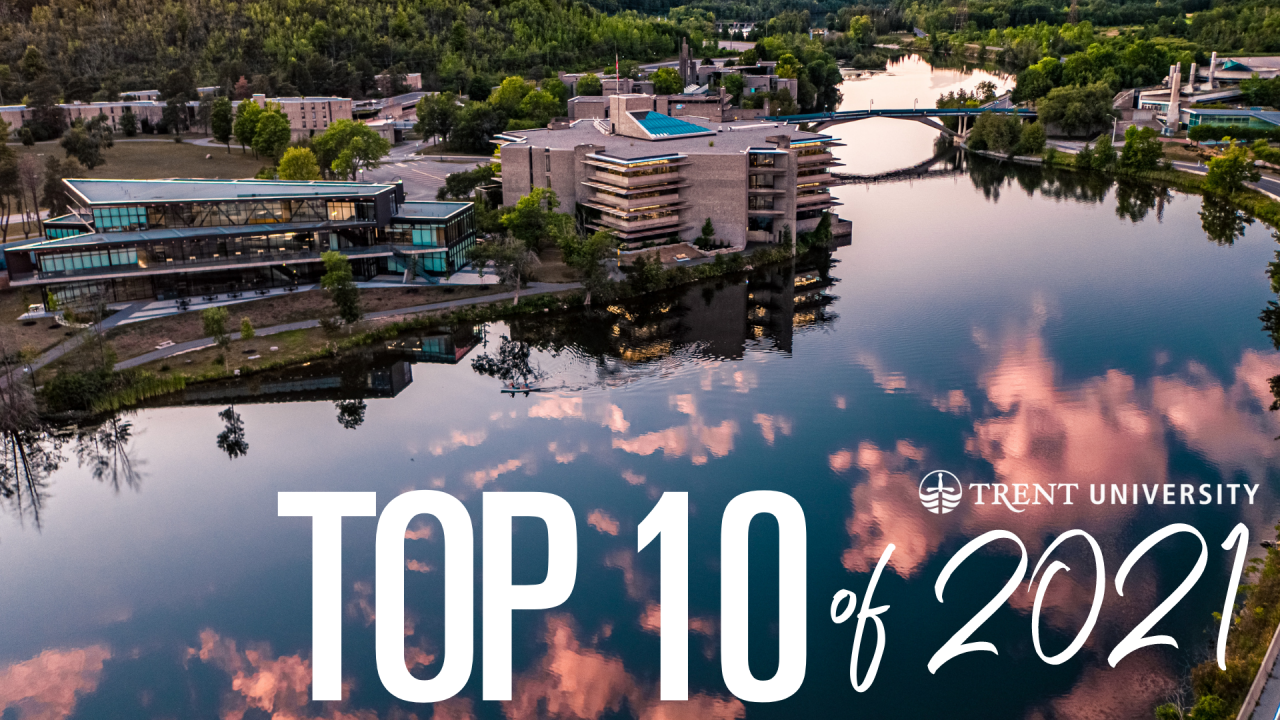 Explore some of the achievements and highlights from a memorable year for Trent students, faculty and staff.

Trent continues to lead the way as the top undergraduate university in Ontario for the eleventh consecutive year, and moved up to #3 in all of Canada, in the 2021 Maclean’s University Rankings. Trent also ranks as a national and provincial leader in reputation, student satisfaction, scholarships and academic supports.

On the inaugural National Day of Truth and Reconciliation, the University unveiled a Treaty Wall at our Durham campus and a new Treaty Rock installation with Anishinaabe clan totems on the Symons Campus. Marking a year of milestones related to Trent’s Indigenous leadership, chancellor emerita, Dr. Mary May Simon was appointed as Canada’s first Indigenous Governor-General, and the University also announced a monumental $1 million estate gift to support Indigenous graduate student scholarship at the Trent. We were also ranked #1 for Indigenous Visibility in the Maclean’s University Rankings.

Trent worked alongside local communities in both Peterborough and Durham to support business, and grow experiential learning opportunities for students. A few of our 2021 local highlights include: the launch of Discover Peterborough Bingo – a new interactive initiative designed to get students out and about in downtown Peterborough; and a new experiential learning initiative through City Studio matching up Trent Durham faculty and students with municipal initiatives to solve real-world issues. To top off the year, Trent was named 2021 Employer of the Year at the Peterborough Chamber Business Excellence Awards.

4. Leading the Way to a Green Future

Trent was named one of Canada’s top three environmental universities and number one in Canada for sustainability education and research in the 2021 UI GreenMetric World University Rankings. The rankings are the latest in several shining moments of environmental leadership this year, including a new step toward socially and environmentally responsible investments and new collaborations to fuel sustainable, resilient communities locally and around the world. Did we mention 2021 also marked the official opening of our first-of-its-kind, Forensic Crime Scene Facility – a leading academic and environmental facility, which earned Trent a Peterborough Business Excellence Award for top green initiative?

5. Another term for Alumni Chancellor and Student Champion

Award-winning producer and esteemed entertainment lawyer, Dr. Stephen Stohn ’66, was recently reappointed as chancellor of Trent University for a second three-year term, following an interactive first-term filled with meaningful engagement and memorable moments with the Trent community. In his term as chancellor, Dr. Stohn has worn many hats as a judge presiding over mock trials with Trent/Swansea dual law degree students, and a host of the Trent Talks series. “We are truly fortunate to have another three years of his engagement with the entire Trent community,” said President Leo Groarke. We agree!

Trent’s researchers make a big impact within their labs, in the community, and around the world. This year, Biology professor Dr. Marguerite (Maggie) Xenopoulos was appointed a Tier I Canada research chair (CRC) in Global Change of Freshwater Ecosystems – a first for Trent, while leading Canadian hydrologist Dr. Jim Buttle, was awarded the prestigious J. Tuzo Wilson Medal. Additionally, nine Social Science and Science Research Projects at Trent received over $1.3 million in federal funding.

From Trent to the world – our students get global experience in the classroom and beyond. In 2021, the University created new global post-secondary partnerships that allow students to study abroad. With $500,000 grant received through Global Skills Opportunity Project, Trent students received international learning opportunities in Mexico, Chile and Honduras. Trent also welcomed the first cohort of students in the new Sustainable Guyana Program – a unique strategic partnership aimed at training Guyana’s future leaders in sustainable development. This year, Trent also became the first university in Canada to offer English as a Second Language courses for credit towards any undergraduate degree.

9. Moving Ahead with Best-Practice Campus Planning

This year, Trent stepped ahead with an eye on the future as the Trent Lands and Nature Areas Plan – a long-term vision for how the Symons Campus will develop new spaces for learning and living while at the same time preserving 60% of its lands as natural and green spaces – received approval by the University’s Board of Governors. Dynamic plans are well-underway including a collaboration with peopleCare Communities to create a new, 224-bed long-term care (LTC) home located on the University’s Symons Campus; new funding to enhance our campus’s natural assets and 868-acre University Green Network; beginning the work to move and expand the new Trent Farm, and continued progress at Cleantech Commons.

From bat boxes to children’s books to big-league baseball, Trent made big headlines nationally and internationally this year. A diverse range of research topics intrigued audiences around the world including a CBC’s The Nature of Things exploration into (adorable) winter habits of flying squirrels; National Post coverage of the ways that ageist-attitudes can be tackled within university lecture halls; a deep dive in The Hill Times into Arctic oil drilling; and many insights into residential schools and reconciliation, just to name a few. 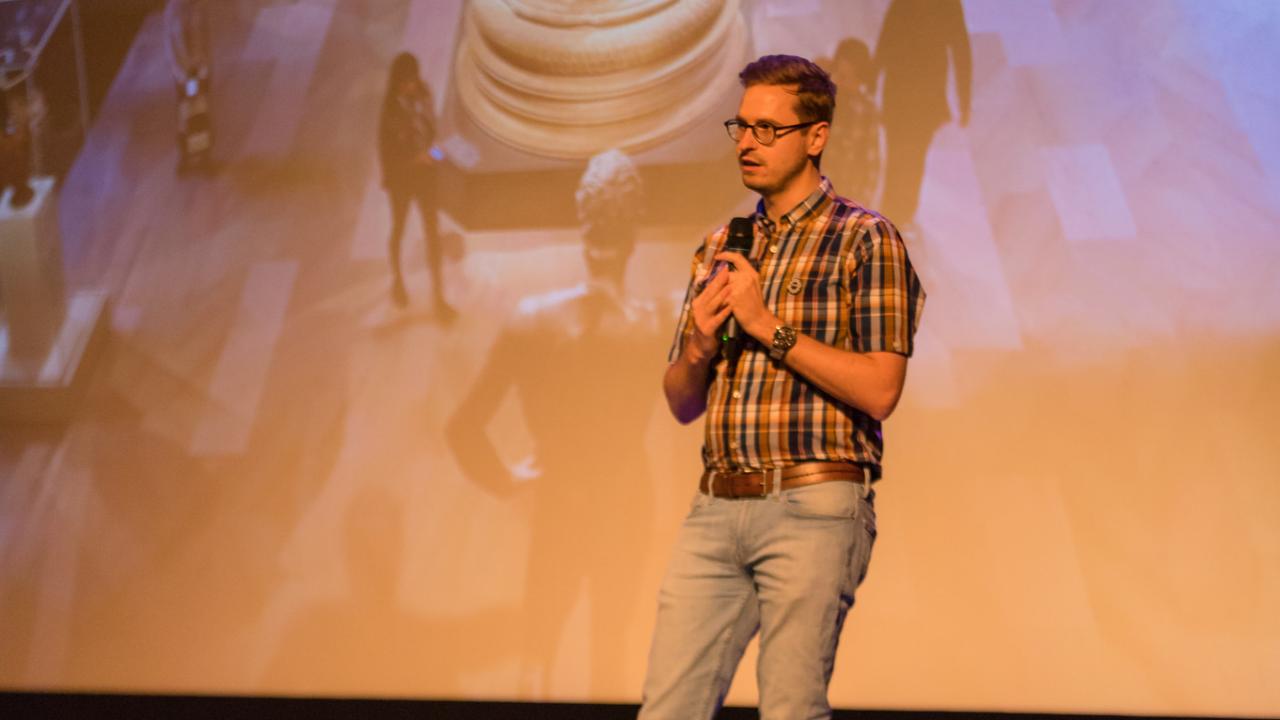 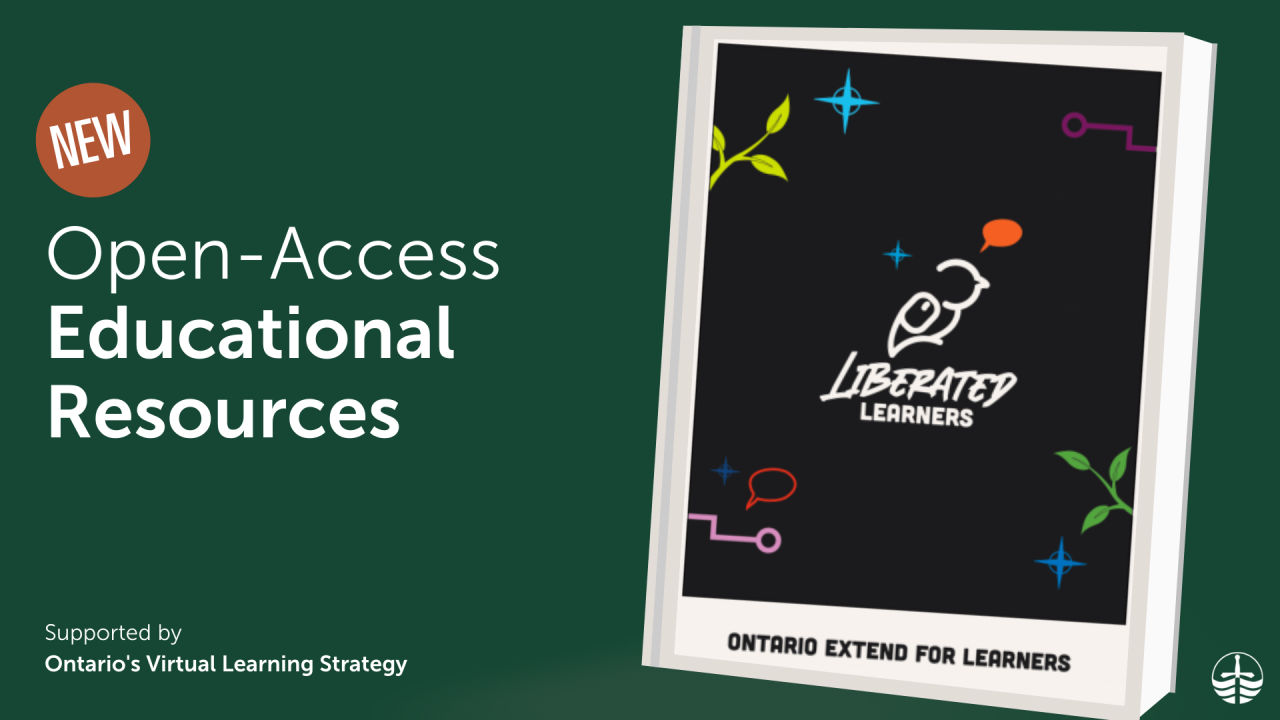