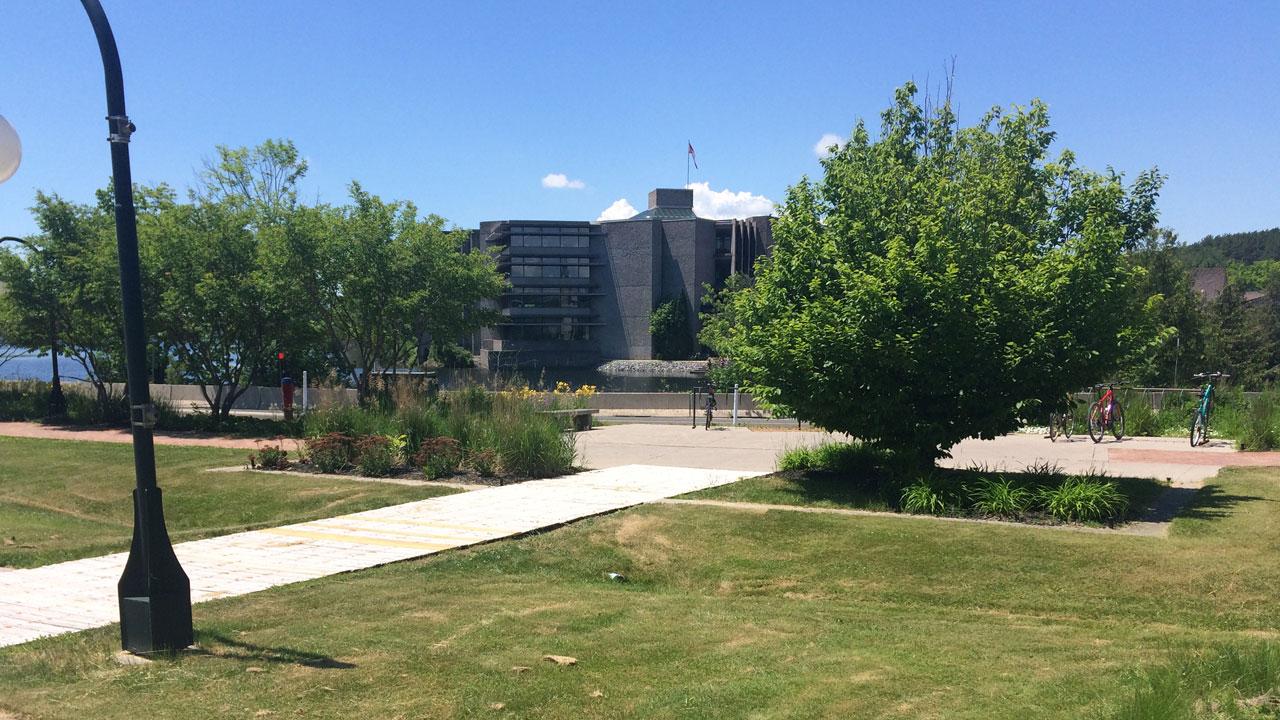 After consultation with Trent’s Inuit students and the Trent Elders and Traditional Knowledge Keeper Council, the University is moving the Trent Inuksuk to a new location in the Warren Garden on the East Bank of the Symons Campus.

The move will place the Inuksuk in a location designed to visually connect it with the AJM Smith Room in the Bata Library, the room where initial discussions on the formation the Inuit Tapirisat were held in 1971. The Inuit Tapirisat has since gone on to become the Inuit Tapiriit Kanatami, the national representational organization protecting and advancing the rights and interests of Inuit in Canada.

In addition to more precisely celebrating Trent’s connection with the Inuit, the move of the Inuksuk, which is taking place over the coming weeks, makes way for an entrance piece which will recognize the University’s location on the traditional territory of the Michi Saagiig Anishinaabeg. We are grateful to the Trent Elders and Traditional Knowledge Keepers Council for the time and advice in planning this new installation.

A new plaque to be placed with the Inuksuk in the Warren Garden will read, in English, as follows, with a full translation in Inuktitut also featured:

This Inuksuk was created by Angaangaq Lyberth, a Kalaallit Inuk from Greenland. Using specially-selected local stone, he built it during his time as a visiting lecturer in 1998. Its present location is situated directly across the river from the Bata Library where the inaugural meeting of what would become the Inuit Tapirisat occurred on February 21, 1971. This plaque honours Trent University’s longstanding commitment and support of all circumpolar peoples.