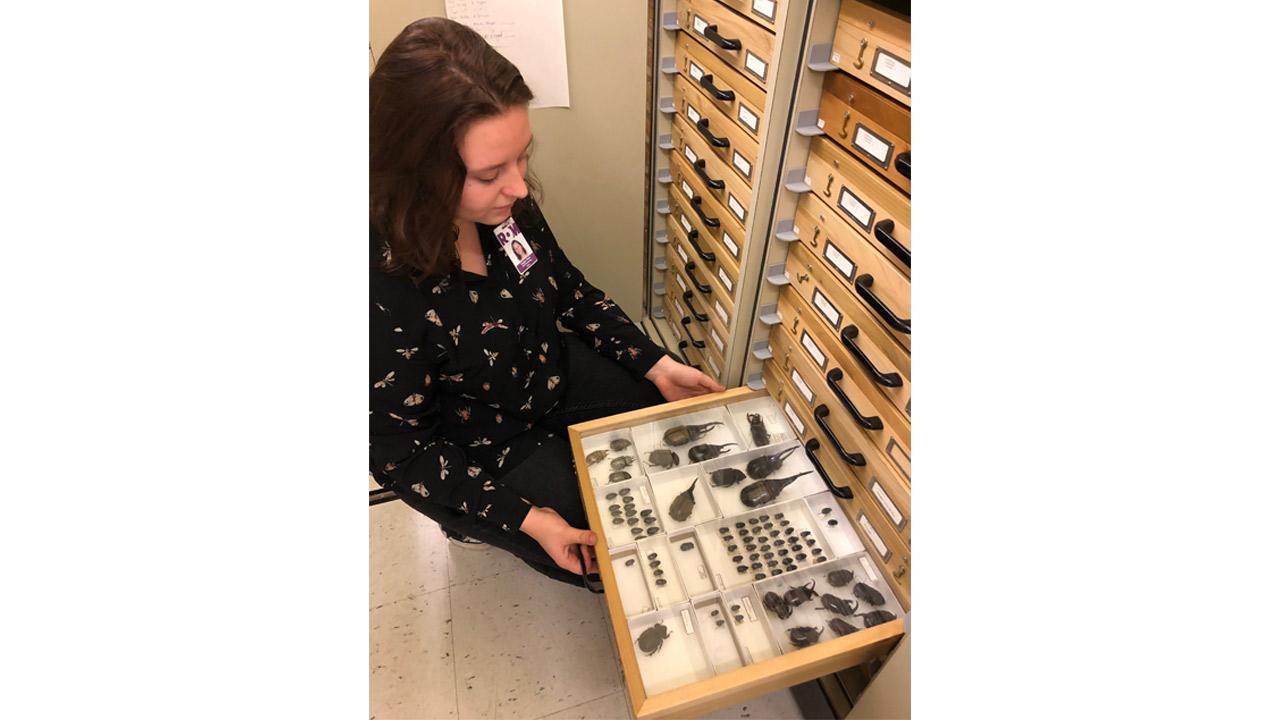 With her childhood curiosity still fully intact, Trent Biology and Biological Anthropology double major student Meghan Ward is taking that curiosity to a whole new level via an internship with the Natural History Department at the Royal Ontario Museum. There, the Cobourg native is tasked with sorting through a massive collection of insects gifted to the museum, assigning labels to each specimen and organizing the collection.

“Without proper labels, collections are useless in an academic sense,” says Ms. Ward, who in addition to her work in the field of Entomology – the scientific study of insects – also learned about arachnid husbandry under the guidance of leading entomologist Gil Wizen.

“I had free reign of the entomology collection and exploring through the collection was the most exciting part of the internship. I was able to see insects from all over the world, many of which had been collected by those with whom I worked.”

While she had her sights set one day attaining a museum curator role, Ms. Ward says her placement experience has her now thinking about pursuing an academic role in a museum setting.

“I learned that academic work is continuously occurring throughout the museum in addition to the curatorial work that the public experiences,” says Ms. Ward, who will graduate with a B.Sc. in Conservation Biology and Biological Anthropology.

As terrific as her placement has been as an experiential learning opportunity, Ms. Ward is quick to credit her “receptive and easy-going” Trent professors whose encouragement has given her the confidence to reach out about potential research and professional opportunities.

“I sent emails every few weeks until I was accepted to the museum. The best advice I can give to students applying for an internship is to look for something that genuinely interests you and, once you’ve found it, don’t give up until you’ve been accepted.”