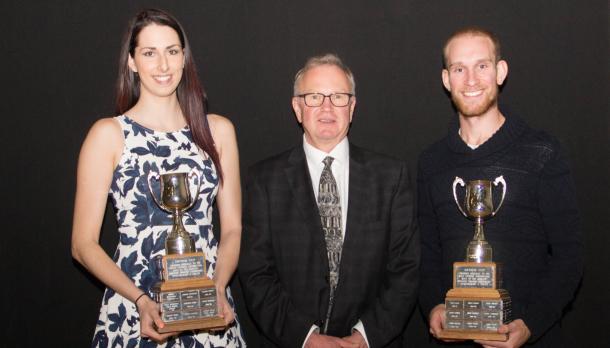 Sarah MacLaren and Joshua King with the Arthur Cup

Trent University’s Department of Athletics and Recreation celebrated student athletic achievement at the 48th annual Athletic Awards Ceremony, held in the gymnasium at the Trent Athletics Centre on Tuesday night.

Varsity athletes Sarah MacLaren and Joshua King were awarded the Arthur Cup, the University’s most prestigious award for graduating students who have demonstrated outstanding contribution, sportsmanship, participation, and leadership in the athletic programs.

Sarah MacLaren (Renfrew, ON) wraps up her five year career with the Excalibur Women’s Volleyball program with her most impressive season to date. Recognized as a leader on the team, the Nursing student was named captain of the squad for the third time this year and also recognized by her peers as a Canadian Collegiate Athletics Association (CCAA) All-Canadian, as well as Ontario Colleges Athletic Association (OCAA) first-team all-star nomination. Ms. MacLaren led the Excalibur team to a 16-4 record, and a trip to the provincial championships for the fifth time in her career, which included a bronze medal in the 2013/14 season. Along the way, Ms. MacLaren’s performance put her at or near the top in a number of OCAA statistic lines including first in hitting percentage (.470), third in blocks (53) and fifth in points per set (3.8). All of these accomplishments add to her memorable athletic career with the Excalibur.

Joshua King (Ottawa, ON), a Computer Science student at Trent, has been a long-standing member of the Men’s Rowing team. Year after year Mr. King’s performance has improved, starting with a win in his hometown at the Rideau Regatta in fall 2013, followed by a fifth place finish at the Head of the Charles (Boston, MA) that same season. In 2014 he placed first at the Head of the Rideau and Brock Invitational, second at Head of the Trent, won silver at the Ontario University Athletics (OUA) championships, bronze at the Canadian University Rowing Championships, and capped it off with an international representation for Trent with Team Canada at the World University Rowing Championships. In his final year at Trent, Mr. King’s accomplishments continued, with three first place finishes, and a second place at the Royal Canadian Henley, a first place finish at the Head of the Rideau, first and second finishes at the Head of the Trent, two OUA Golds, which led to a nomination as OUA Rowing Athlete of the year, and a silver and bronze at the Canadian Championships. Mr. King is club captain on the Trent University Rowing Club Executive, and has raised over $1,000 for the Heart and Stroke Foundation “Row for Heart Ergathon”.

Varsity Rugby athlete Trevor Roberts (Ottawa, ON) was awarded the prestigious Gary Wolff Leadership Award, presented each year to a student athlete who has demonstrated determination and leadership through balancing sport, community involvement, and academic performance. This award was established by the Trent University Alumni Association in June 2002 to commemorate the service of Gary Wolff, chair of the Board of Governors from 1997 to 2002. Mr. Roberts has been an active leader on and off the field in his time with the team. He has been part of the Men’s Rugby “Leadership Group” and voted Captain by his teammates for the last two seasons, seasons where the Excalibur have claimed OCAA Silver (2014) and Gold (2015) medals. His leadership was recognized in this year’s championship game where he earned man of the match. Off the field Mr. Roberts has been integral to team fundraising initiatives, team events, community events, as well as philanthropic efforts, including fundraising for men’s health through the Movember Foundation.

This year Trent Athletics is also pleased to announce Trent Rowing as the recipient of the Community Betterment Award. From their support in organizing Head of the Trent festivities, to the joint organization of Movember fundraising efforts alongside the Men’s Rugby team, Trent Rowing has demonstrated leadership. What sets Trent Rowing apart this year is the commitment demonstrated by many members of the team in the Row for Heart Fundraiser earlier this month. Under the leadership of fourth-year Business student, Jenna Pilgrim, the team managed to raise over $3,000 for the Heart and Stoke Foundation of Canada. Team efforts also saw a Thanksgiving Food-drive donation of 1,300 pounds of goods to the Kawartha Food Bank, and support for a new initiative this year, the Gentlemen of the Otonabee calendar, which raised $1,800 for Egale Canada, an organization dedicated to erasing the stigma surrounding LGBTQ youth in competitive sport.

In addition, the following students were honoured with the University Athletic Award, presented to third- and fourth-year students who have demonstrated a significant contribution to the varsity and campus recreation programs:

Rookie of the Year- Riley Peat

Rookie of the Year- April Whelan

Rookie of the Year – Mohamed Yusuf

Rookie of the Year – Travis Ferguson 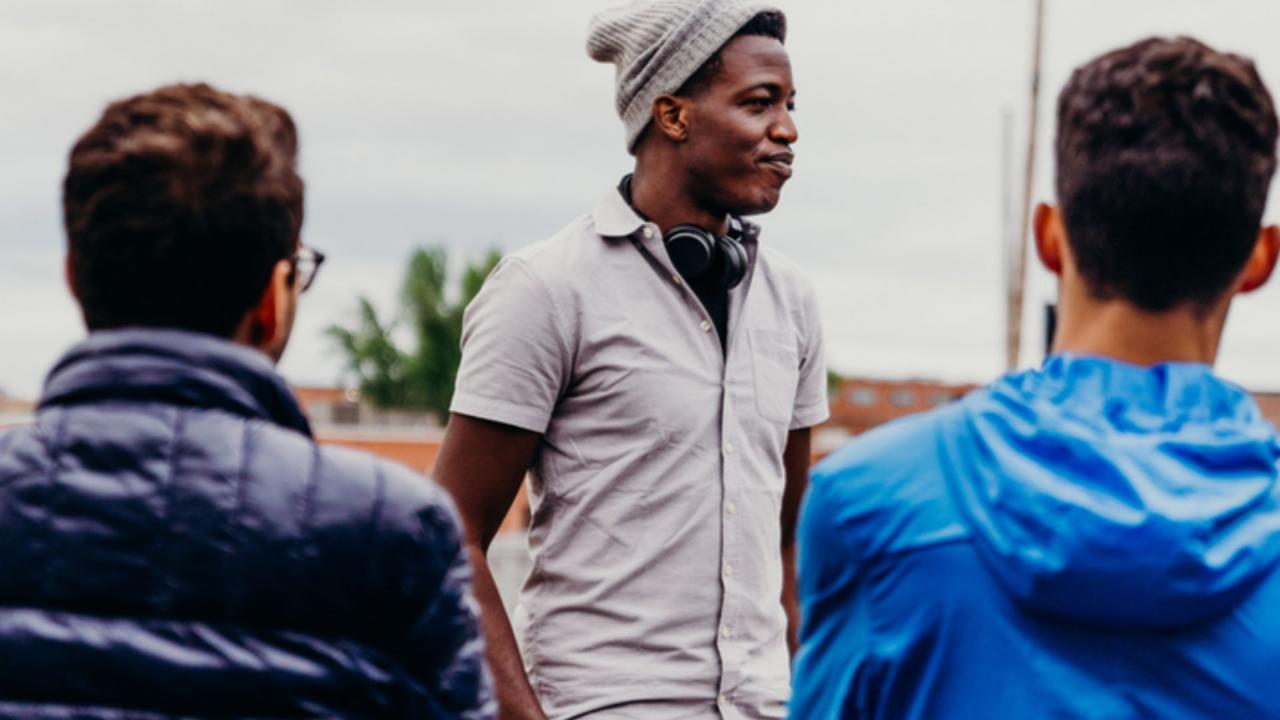