Dozens of guests were on hand to join in the dedication of the Page Irwin Colloquium Room, honouring P.K. Page and her husband William Arthur Irwin who, as editor of Maclean’s magazine and commissioner of the National Film Board of Canada made an outstanding and lasting contribution to the development of Canadian culture. Following this, P.K. Page’s two latest works of poetry entitled Coal and Roses and The Golden Lillies were officially launched, with writer Andrea Johnston on hand to read selected poems.

Patricia Kathleen Page met William Arthur Irwin in 1950 when she was working at the National Film Board of Canada, to which he had just been appointed commissioner. On December 16 of that year they were married and were to spend the next 49 years of their lives together, until Arthur’s death in 1999.

When they met, Ms. Page was already one of Canada’s finest poets. Arthur had just completed a quarter century at Maclean’s Magazine, the last five years as its editor, during which time he transformed the magazine into the “beating heart of the country”, in the words of one of his many recruits, June Callwood. After bringing needed reforms to the National Film Board, which ensured its continuing role as one of the enduring pillars of Canadian culture, he went on to serve his country from 1953 to 1964 as ambassador to Australia, Brazil and Mexico. He then returned to his first love, journalism, as publisher of the Victoria Times.

Ms. Page’s years with her husband were to prove the most productive of her career, both as a writer and, beginning in Brazil with Arthur’s encouragement, as a visual artist under the name P.K. Irwin. During this period, she produced dozens of volumes of poetry, fiction, essays, memoirs and books for children, as well as many hundreds of pictures, which, like her writings, testify to the richness and variety of her art in whatever medium she chooses to express herself.

In 1994, Ms. Page published Hologram, which includes the poem “Presences”, which begins with the lines:

Extraordinary presences, the sunlight seeming
to light them from within…

It is to the “extraordinary presences”, P.K. Page Irwin and William Arthur Irwin, that the Page Irwin Colloquium Room is dedicated at Catharine Parr Traill College. 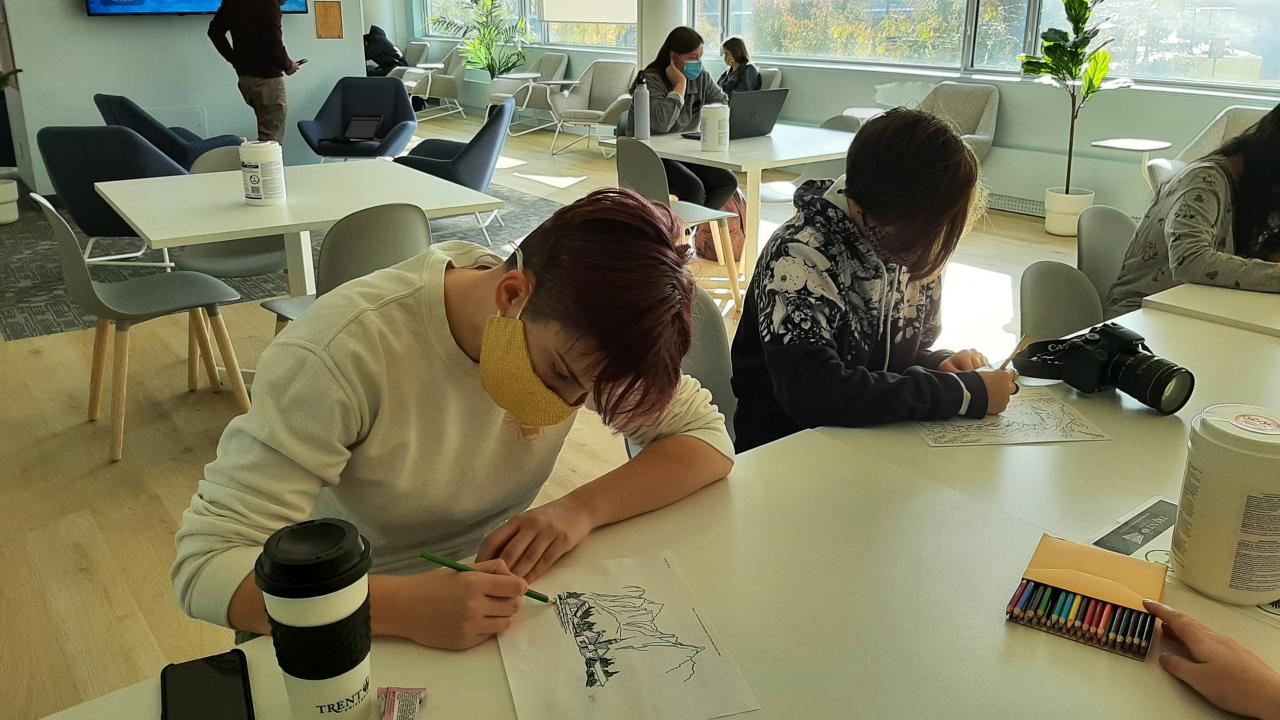