Northern Nationalisms, Arctic Mythologies, and the Weight of History: A Conference in Memory of Shelagh Grant 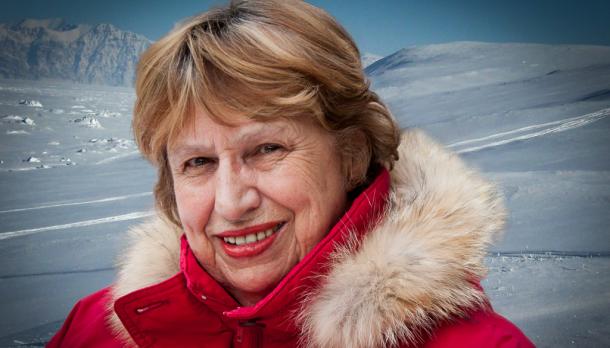 This national conference, convened in honour of Dr. Shelagh Grant, will bring together established and emerging scholars to explore various themes in the study of the Canadian North.

An eminent historian on the Canadian Arctic, Shelagh Grant (1938-2020) taught history and Canadian Studies at Trent University for seventeen years. Her myriad contributions to scholarship include Sovereignty or Security? Government Policy in the Canadian North, 1939-1950 (1988), Arctic Justice: On Trial for Murder - Pond Inlet, 1923 (2002), and Polar Imperative: A History of Arctic Sovereignty in North America (2010). Equally important are her many articles and book chapters on historiography and Northern identities, the interplay between written narratives and oral traditions, sovereignty and nationalism, and Inuit-qallunaat relations. She was the first historian and first woman to receive the Northern Science Award (1996) and was active on various Inuit policy advisory committees, editorial boards, and northern scholarship committees.

This by-invitation only conference brings together established and emerging scholars and thinkers to explore various themes in the study of the Canadian North. Thematic panels will include: Histories of the North; Narrating North; Arctic Arts/Performing North (film, music, visual arts, Inuit art); Arctic Sovereignty and (In)Securities; Canadian Arctic Politics in a Circumpolar Context; and Education and Inuit Qaujimajatuqangit.

P. Whitney Lackenbauer, Canada Research Chair in the Study of the Canadian North

SAVE THE DATE - 2023 Kennedy Lecture in Global Social Issues with Alison Mountz
SAVE THE DATE - Freshwater is the best water: How salt is a threat to our freshwater rivers and lakes: The David Schindler Professorship in Aquatic Science Lecture