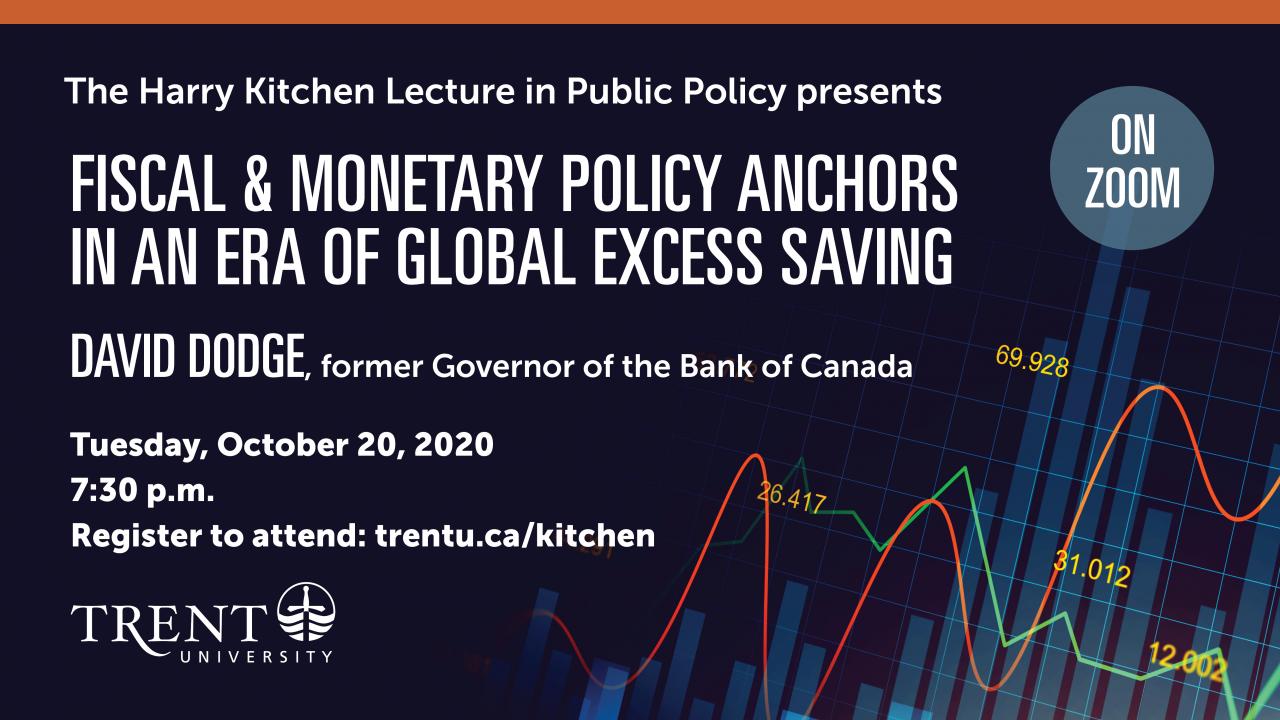 In normal times stabilization policy anchored on both a flexible inflation target by an independent central bank and a stable long-run debt/GDP target by the treasury works reasonably well to dampen the amplitude of the business cycle. But in times when the structure of the economy is generating persistent conditions of excess supply or excess demand (sharply lower or higher real natural rate of interest), some modification of these anchors (or better coordination of monetary and fiscal levers) may be needed to stabilize the economy. This paper considers what modifications to these anchors to the macroeconomic policy could be helpful in the context of today’s apparent global condition of excess supply.

During a distinguished career in the federal public service, Mr. Dodge held senior positions in the Central Mortgage and Housing Corporation, the Anti-Inflation Board, and the Department of Employment and Immigration. After serving in a number of increasingly senior positions at the Department of Finance, including that of G-7 Deputy, he was Deputy Minister of Finance from 1992 to 1997. In that role, he served as a member of the Bank of Canada's Board of Directors.

In 1998 he was appointed Deputy Minister of Health, a position he held until his appointment as Governor of the Bank of Canada.

Mr. Dodge, appointed Governor of the Bank of Canada, effective 1 February 2001 for a term of seven years, retired on 31 January 2008. From July 2008 to June 2014, he served as Chancellor of Queen's University. From 2009 to 2015, he was a member of the board of directors of Canadian Utilities Limited, ATCO Limited and the Bank of Nova Scotia.

Mr. Dodge is a Senior Advisor at Bennett Jones LLP one of Canada's leading law firms. He also serves on the board of the Canadian Institute for Advanced Research and Chairs the National Council of the C.D. Howe Institute.

Rural age-friendly communities in the 2020s: Insights from Trent University
Michi Sagiig Nishinaabeg and Manoomin
Being home-less in a time we are told to be home more: LEC Speaker Series