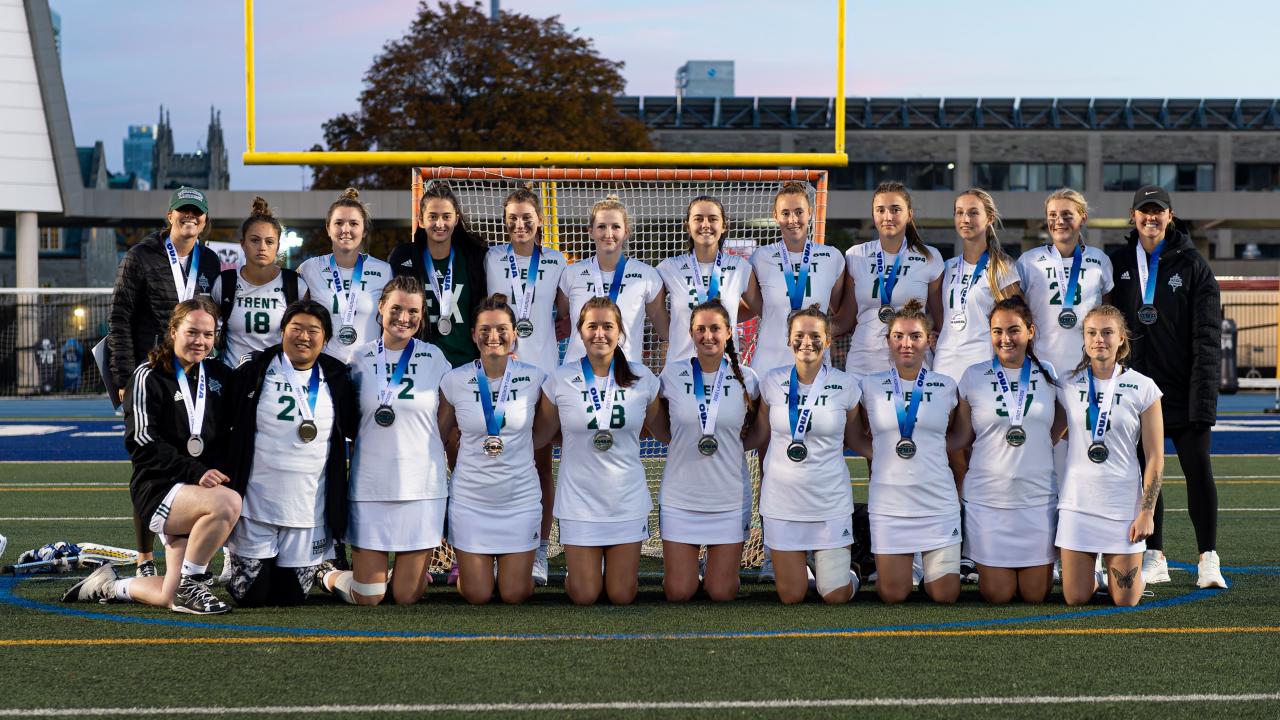 The Trent Excalibur women’s lacrosse team are silver medal champions after competing at the Ontario University Athletics (OUA) Patterson Cup Championships, hosted at the University of Toronto. Excalibur women were on top of their game all weekend defeating Ontario Tech 24-5, Laurier 16-8 and Western 10-9 in overtime. The championship game saw the Excalibur play strong, and bring home the silver OUA medal.

“These are tremendous student-athletes and their accomplishments, both on-and-off the field, are shining examples of what the Trent Excalibur program represents,” said Leslie Spooner, interim director, Athletics & Recreation. “They never backed down and continued to play with passion, determination and resilience. These athletes continue to raise the profile of Trent Excalibur lacrosse and we could not be prouder of them.”

This silver medal is now added to Trent Excalibur women’s lacrosse team’s high-performance track record, including two consecutive gold medal finishes. “We are so proud of this team and all that they have accomplished this season,” says Erica Evans, head coach of Trent Excalibur women’s lacrosse team. “Our heads are held high wearing that silver medal with pride knowing we will only come back hungrier, more experienced, and more determined than ever next season.”

Erica Evans assumed the head coach position of the Excalibur women’s lacrosse team in May 2022, having been an assistant coach with the Excalibur program.  An elite athlete in her own right, Evans holds records as a student-athlete in the NCAA Division 1 and, on the international stage, helped Team Canada capture gold at the 2015 U19 Women's Lacrosse Championship, before making her senior Team Canada debut at the 2017 World Cup. She has since represented Canada at the 2019, 2021 and 2022 World Championships.