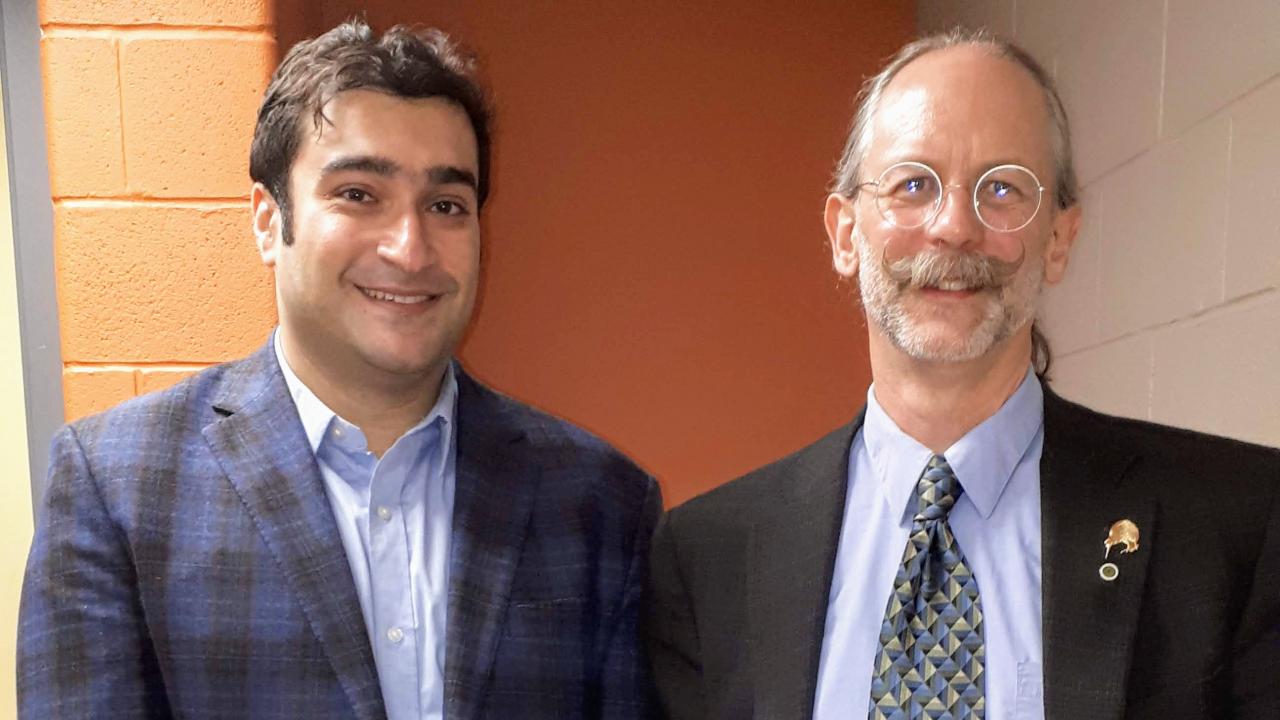 A Kurdish teen is shot and killed while smuggling goods on horseback across the border from Iran to Turkey. After conflicting testimony and lack of ballistic evidence, neither nation is held responsible, even though the borderlands are monitored well with advanced technology and surveillance towers.

Invited to present “When Smugglers Enforce Borders: Border Killings and State Illegibility in the Kurdish Borderlands of Turkey and Iran,” Dr. Firat Bozcali, assistant professor of Anthropology, University of Toronto Mississauga, shared his findings from his extensive study in the Middle East.

“Every year the Department of Anthropology endeavours to bring scientists and scholars representing anthropology's diversity for the TUDA Lecture Series,” said Dr. Roger Lohmann, associate professor of Anthropology at Trent University Durham GTA. “I am so pleased Dr. Bozcali accepted our invitation to speak about his work with people living on one of many fraught border zones in the world today."

It’s that first-hand knowledge that guest lecturers bring to the TUDA public lecture series that engages audiences and provides an opportunity for students and the greater Durham community to expand their understanding.

For an audience member, listening to a guest speaker who is passionate about their research can bring the subject to life in a way that traditionally is hard to capture from a textbook.  It’s an opportunity for those in attendance to ask questions and participate in a greater discussion.