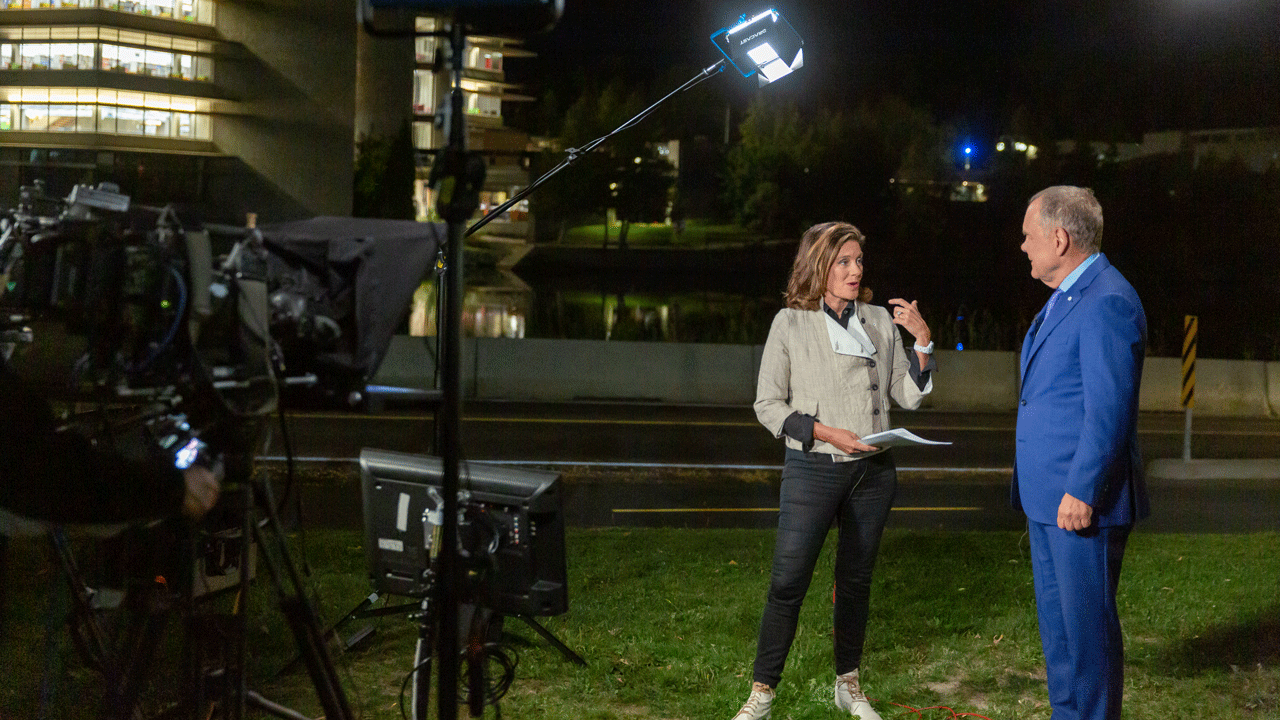 News anchor Lisa Laflamme spent the day on campus and in Peterborough – well-known as an election bellwether riding – learning about youth engagement and the mobilization of the country’s largest voting bloc.

The 30-minute national news broadcast featured the Faryon Bridge in the background and included several Trent-focused segments, including sweeping views of campus and an interview with Trent Central Student Association (TCSA) president Ann-Majella McKelvie about encouraging students to engage in the election. The crew also toured campus and visited a first-year class in Stohn Hall. 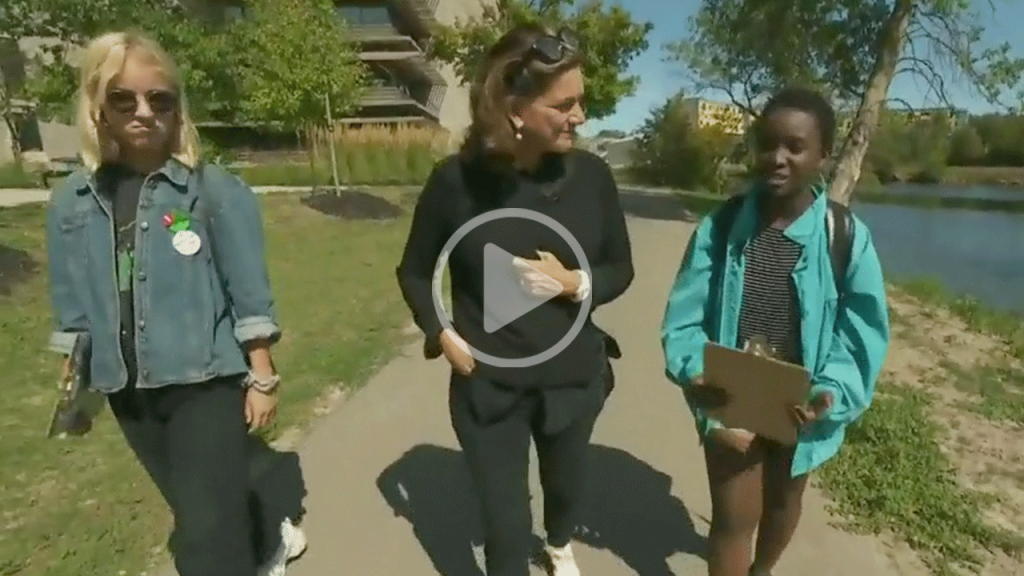 Trent’s chancellor emeritus Dr. Don Tapscott was also featured in the broadcast, discussing the role of data in the upcoming election, and his advice to young voters.

“In your community you need to bring about positive change, and the first thing you can do is vote,” said Dr. Tapscott. 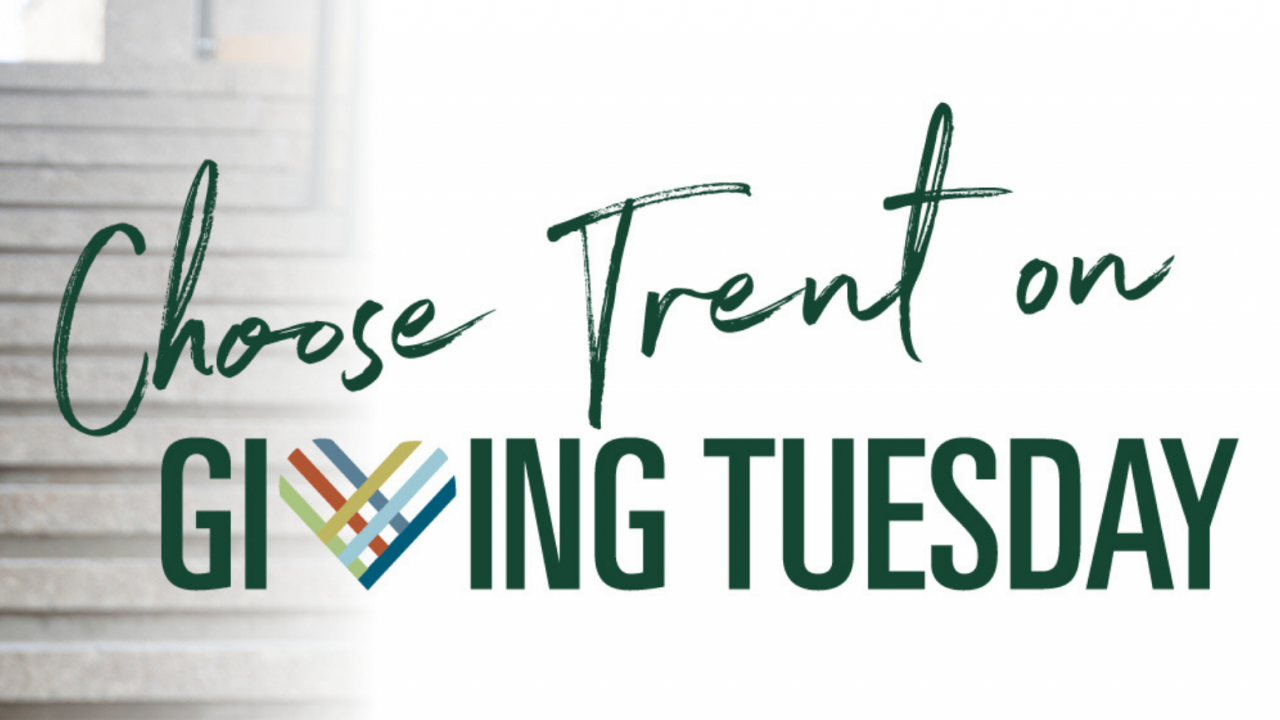 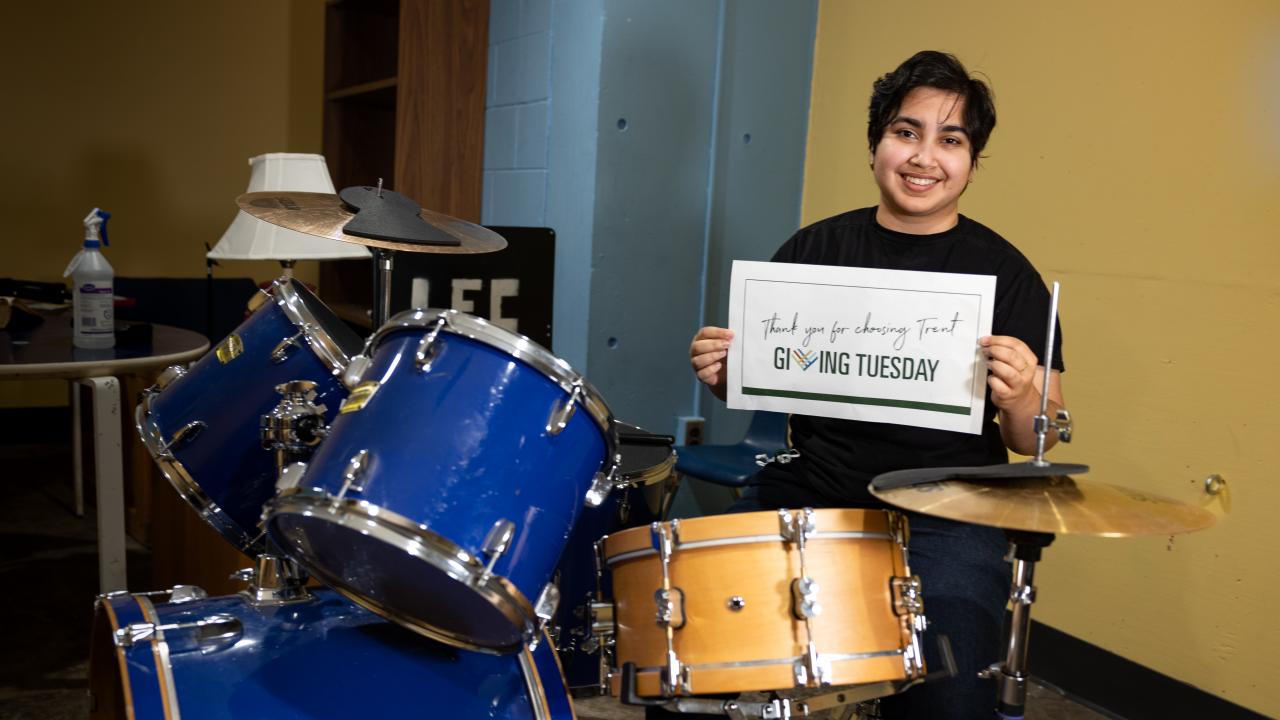