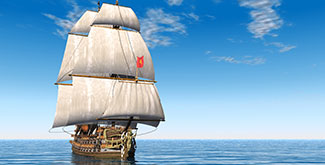 Enhance your understanding of the thought, literature, and history of the pre-industrial (pre-1800) world. The study of historical culture in world civilizations from antiquity through early modernity will allow you to better understand the origins and development of culture informing modern global society.

An option is a “mini-minor” – a set of courses in one discipline that can be completed in conjunction with any undergraduate degree program, allowing you to focus on an additional subject of interest.

What is the ‘Pre-modern’ period?

The Pre-modern period is taken loosely to comprise all the centuries pre-1800 in all parts of the globe.  This is as much a matter of convenience as of fact.  It is very difficult to place specific dates on broad historical categories like “pre-modern,” “medieval,” “renaissance,” and “ancient,” because they deal more with characteristics than with times.  One can find elements that could be considered “modern” in ancient times and “ancient” characteristics are visible in the present.  Because the English and History departments group their courses into the temporal category of “pre-1800,” this somewhat arbitrary 1800 boundary became the criteria to designate a course as part of the emphasis.  At Trent this includes courses about the Ancient World, including Egypt, Greece, and Rome; Medieval, Renaissance, and Early Modern Europe; and Ancient Asia. Students who qualify for this emphasis benefit from the broad perspective that this longue durée vantage point offers.

Value of an Emphasis in Pre-modern Studies

Students thinking of pursuing graduate or professional degrees in areas like History, English, Classics, Philosophy, Anthropology, Political Studies, French, Cultural Studies, or Law will benefit from the emphasis because it provides an interdisciplinary and historical foundation for all future work in these areas.  All historians, for example, should know about ancient Rome, and all philosophers are expected to know their Plato, Aristotle, and Descartes.

But even students who do not plan to go on to graduate school will benefit from the perspective that the emphasis provides on how we got where we are today, and knowing how individuals and nations dealt with problems in the past can often open doors to solving problems of the future.

Please see the Academic Calendar for up-to-date information on the eligible courses.  For a list of faculty affiliated with the program and their related research interests, refer to list below.

Questions about the Program?

Many students say they knew Trent was right for them when they visited campus. Come see for yourself.

Ready to Take the Next Step?

Tell us more about yourself and we’ll tell you all the reasons you belong at Trent.