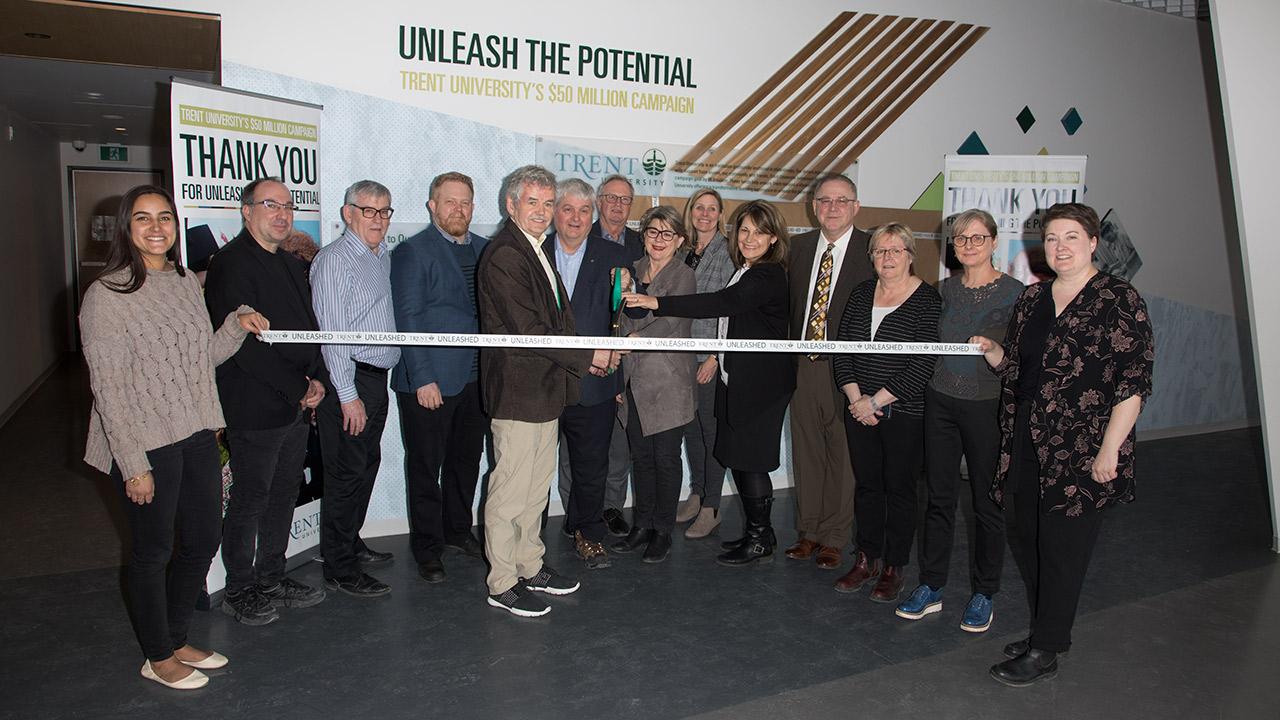 Trent University celebrated its most dedicated supporters with the unveiling of a donor wall on Friday, March 22, 2019, in the Student Centre Alumni Atrium. Trent University’s executive committee of the Board of Governors, senior leadership, staff and faculty gathered to mark the final milestone moment in the campaign.

The stunning glass recognition piece, which features the names of donors who supported Trent’s largest fundraising campaign to date, Unleash the Potential, will stand as a permanent tribute to the Trent family of supporters.

“It is a shining example of what the Trent community can accomplish when they come together,” said Julie Davis, vice-president, External Relations & Advancement. “With 8,481 donors and over $56 million raised through the campaign, every gift has impacted the university in a multitude of ways. We couldn’t have done it without our amazing supporters. Those who believe in the power of education to shape lives, change perspectives and open up a world of potential.”

Final moments of the campaign include:

“Since the completion of the milestone campaign, fundraising efforts have continued to gain momentum,” said Sherry Booth, director of Philanthropy.

Inspiring the Next Generation: Dr. Stephen Stohn Reappointed Chancellor of Trent University
Trent Student Centre Honoured with 2020 Design Excellence Award by Ontario Association of Architects
Finding Hope and Navigating the Responsibilities of our Time: International Author Shares Message with Trent Community
What’s On at Trent: October 8 to October 15
Outgoing Board Chair Stephen Kylie Celebrated as a Strategic Leader in Time of Growth