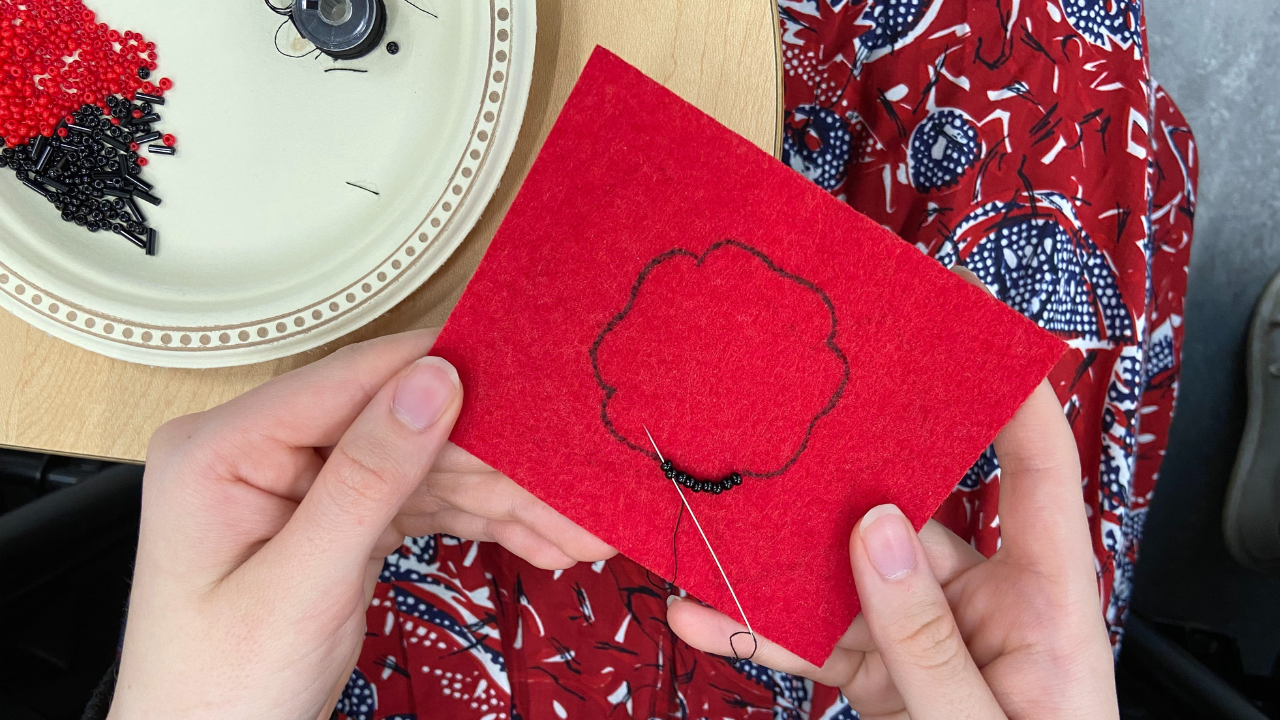 Those family histories came to the forefront in an event that Bobbie-Ann co-organized at Trent University Durham GTA to honour Indigenous Veterans Day. At the event, Rick Byce, son of Charles Henry Byce, shared stories of remembrance and reverence.

“Rick was very open to the idea and sent lots of pictures and information,” reflected Bobbie-Ann. “He clearly loves talking about his dad and his story. He’s very open to getting his story out there.”

In organizing the event Bobbie-Ann, wanted to honour the many Indigenous people who enlisted even though they weren’t considered citizens of Canada.

“I’m so proud of the students for pulling this together,” said Dr. Dawn Lavell-Harvard, director of the FPHL. “To see this kind of leadership in these young people is what [veterans] fought for - so that their children, grandchildren and great-grandchildren could have the opportunities that they never had.”

Amanda Goulet, a second-year Social Work student with plans to earn a master’s degree and specialize in trauma and PTSD for veterans, was deeply moved by the event.

“Coming to FPHL events, it’s like a family,” reflects Ms. Goulet. “They are there to support and love and listen to you. “But at the same time, educate you on certain ways to respect Indigenous people.”

Making an extra effort of recognition

During the conversation, Mr. Byce revealed that the gleam of the medals now on display in the Canadian War Museum, could not eliminate the impact of residential schools and discrimination.

“It's important for everybody here to shed light on that truth so that we can understand what happened and how we got to where we are,” states Dr. Lavell-Harvard. “Then we can move forward toward reconciliation.”

Another portion of this event included a beaded poppy workshop, an interactive opportunity for students to think beyond a traditional Remembrance Day poppy.

“I think it all goes back to Indigenizing, de-colonizing and recognizing Indigenous veterans through beading versus a traditional poppy,” observes Ms. McCulloch. “It’s making an extra effort to recognize their sacrifice.”

Learn more about the First Peoples House of Learning at Trent University.