Trent University Thanks Dr. Neil Emery for his Leadership and Impact as Vice President, Research and Innovation 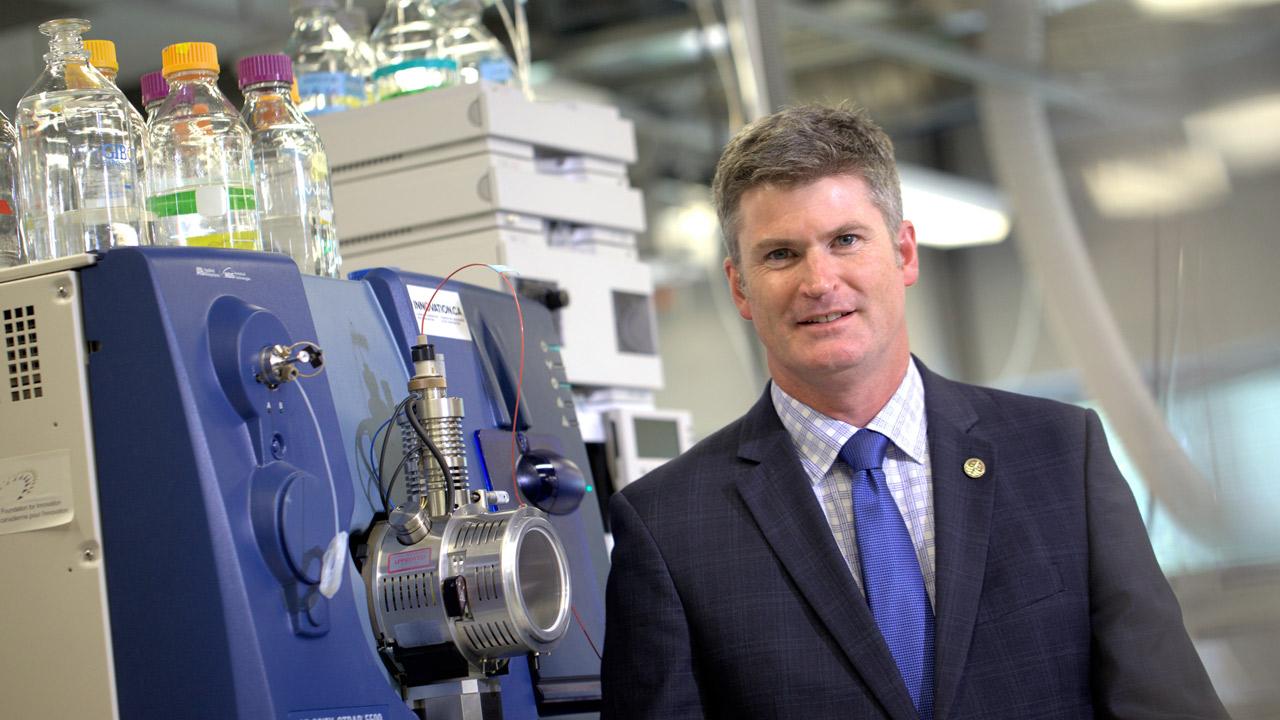 Dr. Emery returns to research and teaching as a renowned expert in plant biochemistry

After serving nine years and overseeing many milestone accomplishments as Trent University’s vice-president Research and Innovation, Dr. Neil Emery will be returning to his research and teaching at Trent as one of the institution’s top researchers and a renowned expert in plant biochemistry.

Professor Emery has served with distinction in the vice-presidential role since he was first appointed as vice-president of Research & International in 2011. He was reappointed for a second term as vice-president Research and Innovation in 2016. During his two terms, Prof. Emery oversaw the planning and development of Cleantech Commons, playing a lead role in creating a partnership with the City of Peterborough to make Trent and the region Canada’s premier cleantech destination. He also mentored a local student in his lab who went on to found, and lead, Noblegen, a company slated to be one of the park’s first tenants. In 2018, Peterborough This Week ranked Prof Emery as #8 on its list of the 20 Most Influential People of Peterborough.

“I am very grateful to Dr. Emery. As a true leader and enthusiastic collaborator, he has championed a decade-long story of research success for Trent University,” said Dr. Leo Groarke, president and vice-chancellor of Trent University. “The institution has taken great strides in creating innovative partnerships at home and across the world, launched an 85-acre research park, and distinguished itself – from environmental research that garners worldwide recognition to the advent of burgeoning new areas like the Centre for Aging and Society. With trademark understatement and modesty, Prof. Emery has shone a light on our university nationally and internationally. On behalf of the entire University, thank you Neil.”

Prof. Emery travelled extensively for Trent during his time as vice-president, seeking opportunities to grow the University’s spheres of research discovery and influence. He led a delegation to China where an agreement was signed with Nanjing University, one of China’s most prestigious universities, to establish the International Institute for Environmental Studies. As a champion of sustainability, social justice and global collaboration, he forged a number of partnerships internationally for Trent University during his tenure, including the University of the Arctic, the International Network for Circumpolar Studies and a ground-breaking $5 million partnership between Trent University and the University of Guyana (UG) with an aim to increase and retain the pool of highly skilled workers in Guyana.

“It has been a great experience leading the University’s research arm, building Trent’s reputation and making meaningful connections between research and the experiences of students and the greater community. I also enjoyed my time serving as an executive on both provincial and Canadian university research committees,” said Prof. Emery. “Senior leaders have the rare opportunity to plant seeds for the future at very high levels. As I launch full effort back into to my own lab, I look forward to seeing a number of key initiatives I helped start take root and flourish, such as Cleantech Commons and several research centers and institutes with assembled experts in the environment, Indigenous studies, conservation biology, and aging & society.”

Prof. Emery has been at Trent since 2000, serving as the director of the Environmental and Life Sciences Graduate Program from 2006 to 2009 and as associate vice-president Research from 2009 to 2011, during which time the LEED platinum DNA and Life Sciences Building was opened.

Prof. Emery is a full professor in the Biology Department at Trent with degrees from Queen’s University (B.Sc.) and the University of Calgary (Ph.D.). An esteemed researcher in his own right, he is one of the world’s leading experts in the study of plant biochemistry. Prof. Emery specializes in hormone biosynthesis and metabolism, which has led to fundamental science projects related to pathogens and symbionts including: fungi, bacteria, and insects. An active collaborator with several Canadian crop, seed and fertilizer companies, he has developed applied science projects for yield enhancement of crops (legumes and cereals), commercial production of algae, plant pathogen protection, and the development of novel bio-fertilizers.

In describing his research, he writes: “My research investigates the physiology of processes like seed filling, pest resistance and water usage, which are all are vital for environmental survival and commercial productivity. In that sense, results have implications for crop farming practice and the well-being of natural ecosystems.”

Prior to coming to Trent, Prof. Emery worked for research institutions in Perth, Australia and Dijon, France. He has had diverse grants from agencies such as the Natural Sciences and Engineering Research Council, Ontario Agri-Food Technologies, Ontario Ministry of Agriculture, Food and Rural Affairs, Ontario Genomics Institute, Genome Canada, Ontario Genomics Institute, Agricultural Adaptation Council, Grain Farmers of Ontario, and Saskatchewan Pulse Growers. These grants have involved extensive collaborations locally and with institutions in Japan, Germany, France, Czech Republic, Mexico and Australia. Much of his research also includes partnerships with the agriculture and food private sectors.

Prof. Emery will continue his research at Trent University at The Emery Lab where he also mentors students from graduate students to undergrads.