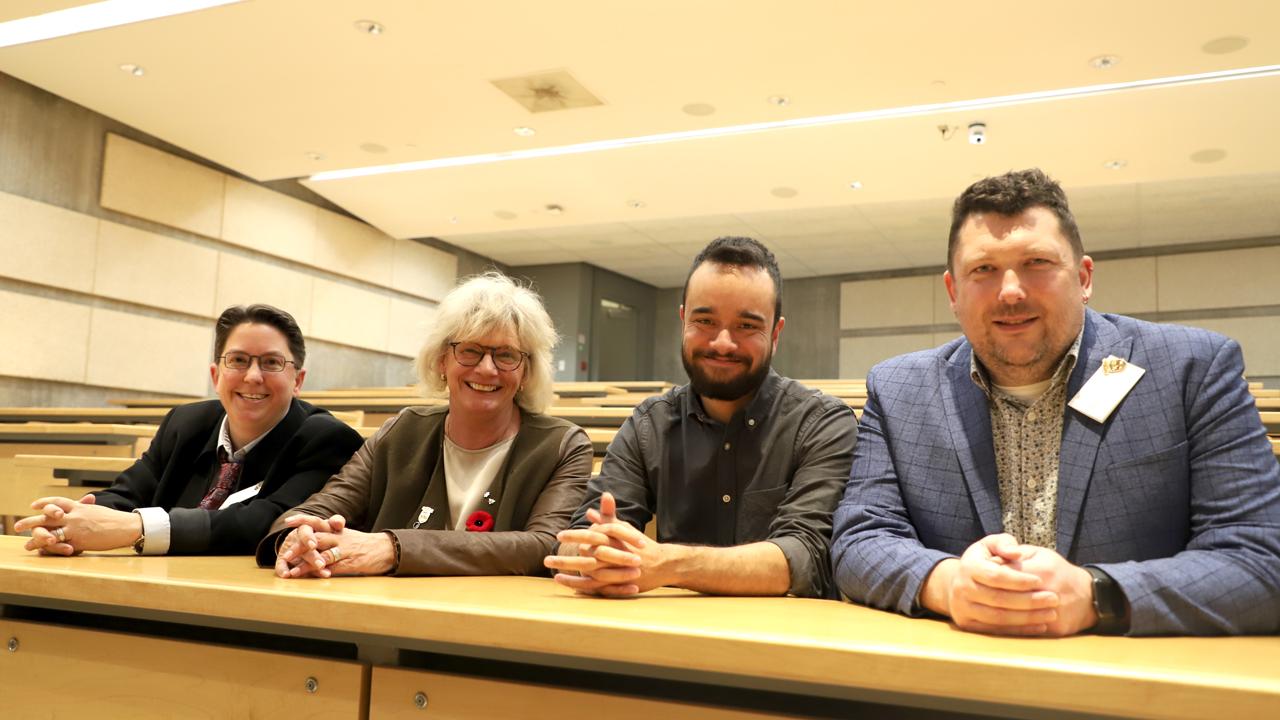 The School of Education was privileged to host co-creator and executive producer of the award-winning Degrassi television franchise, Linda Schuyler. As the media educator in residence, Ms. Schuyler shared her wealth of experiences and beliefs with aspiring educators.

Over her three-day residency, which ran from November 4 – 6, Ms. Schuyler played a role in advising a panel discussion on the topic of supporting LGTBQ2+ youth with Dr. Karleen Pendleton Jiménez and Camp fYrefly coordinator, Jasper Hollows. The discussion was moderated by Dr. Blair Niblett, associate professor in the School of Education. Ms. Schuyler also engaged students and guests in attendance with a one-hour “fireside chat” about her own life as a preview to her upcoming autobiography.

Speaking to her childhood experiences and immigrating to Canada at age eight, Ms. Schuyler spoke to the value of her education background and how it informed her writing for Degrassi, as well as how she managed her own company, saying, “I’ve often thought that having been a classroom teacher myself, made me a better CEO of my company. I was always curious as a teacher as to where my students were coming from and [their] backstory, and I brought that with me to my company, which I think is very important for us to do.”

Ms. Schuyler’s residency took place during a special week of workshops for teacher candidates at Trent University called Foundations Week – an intensive strategy for further preparing teacher candidates for their upcoming placements in classrooms in the greater Peterborough area.

During Ms. Schuyler’s visit, she also connected with undergraduate and graduate students, and with faculty and staff in the School of Education through small group seminars and classroom visits.

Speaking to why Ms. Schuyler’s visit to the School of Education is so important in these turbulent times, Dean of Education, Teaching and Learning, Dr. Cathy Bruce noted, “Students at university, and students at much younger ages, are exposed to a range of media every day. These media can serve to educate youth, in critically important ways – offering a compelling approach to the exploration of issues that matter to them. Linda brought a vibrant energy and empathetic approach to her work as an educator, in the broadest sense. We were thrilled to have Linda Schuyler, a trailblazer in her field, with us as our media educator in residence.”