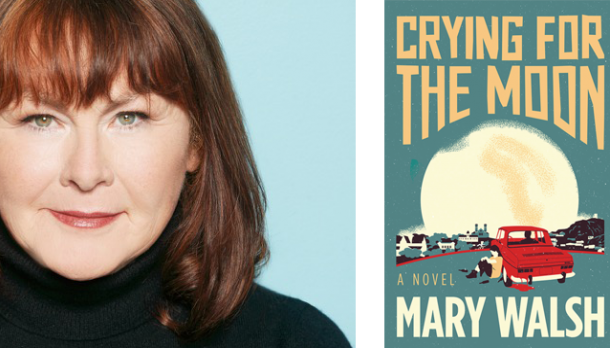 Mary Walsh, Crying for the Moon

The 2019-20 Writers Reading Series is pleased to welcome author, Mary Walsh.  Well known as a Newfoundland actor, writer, comedian, activist and mother, Mary will read from her novel, Crying For The Moon (Harper Collins Canada). In Crying For The Moon, Mary Walsh has created the unforgettable Maureen Brennan, a young woman coming of age in late 1960s St. John's, Newfoundland.

Among her many awards and doctorates, Mary is also the recipient of The Order of Canada and the Governor General’s Lifetime Achievement Award in the Performing Arts.

No stranger to television audiences, Mary may be best known for her work on This Hour Has 22 Minutes, CBC’s wildly popular take on current affairs. The series, which she also created, earned her many of her numerous Gemini awards and showcased her dynamic range of characters, including the flagrantly outspoken ‘Marg Delahunty’.

Mary has enjoyed an exciting film career and has played roles in more than 15 films to date. She was nominated for two Genies for her performances in feature films Crackie (Official selection at TIFF) and New Waterford Girl. Later this year her Hatching Matching & Dispatching film A Christmas Fury will be released, in which she stars and also wrote.

Join us in welcoming Mary Walsh on September 30 at Bagnani Hall, Traill College! Reception to follow in The Trend.