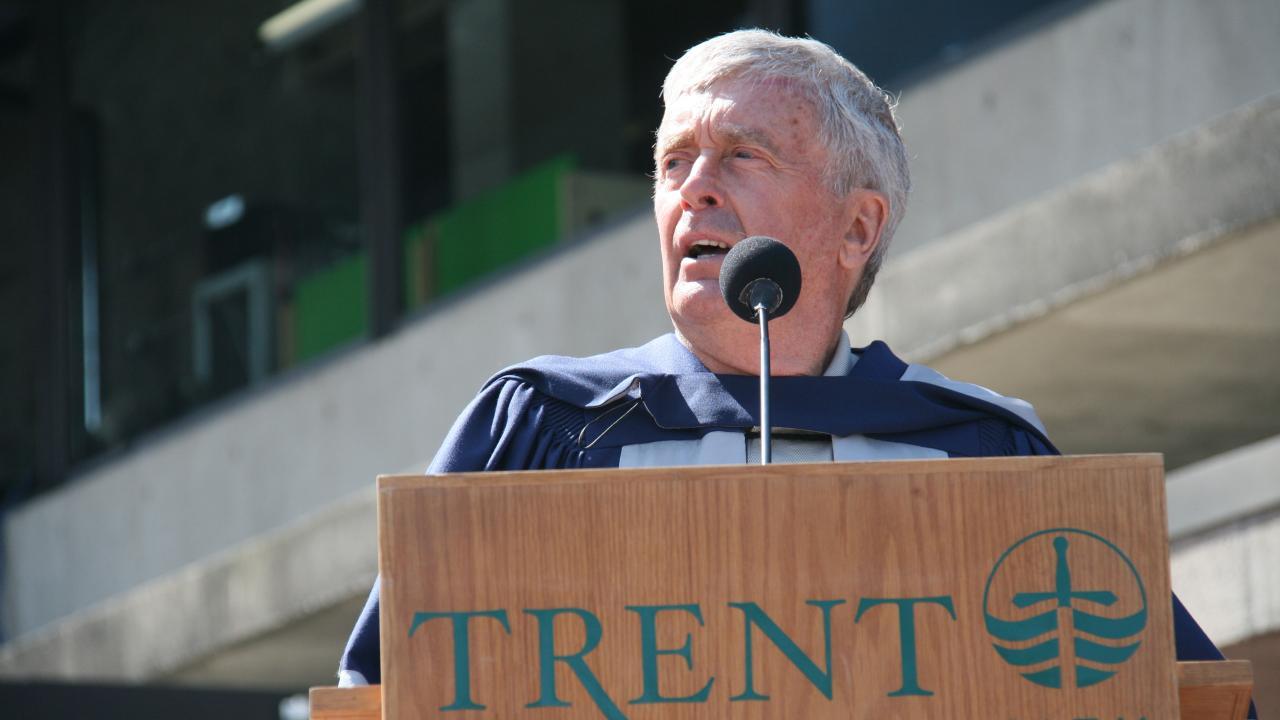 The University was saddened to learn of the passing of Dr. Peter Adams, founder of the University’s Geography Department, professor emeritus, honorary degree recipient, and long-time friend of Trent.

Professor Adams founded the Department of Geography at Trent University in 1968 and held the role of chair from its inception until 1977. Following his time as chair, Prof. Adams remained a professor in the department while also serving as dean of Graduate Studies, associate dean of Science, and associate vice-president, 1977-1987. Prof. Adams was remembered in special remarks as the Trent community came together to mark 50 years of Geography at Head of the Trent on September 29, 2018.

“Peter Adams was beloved and respected at Trent and was pivotal to the University’s reputation as one of Canada’s foremost institutions in geographic scholarship,” said Dr. Leo Groarke, president and vice-chancellor of Trent University. “He was a key leader, not just at Trent, but in the broader community and our country. Students and alumni speak of his gift for teaching and mentorship. His is a legacy that lives on at Trent – and in the many alumni who learned from his knowledge and example.”

Prof. Adams also belonged to many prestigious associations, including the Royal Canadian Geographic Society, International Glaciological Society, Royal Canadian Institute and the Arctic Institute of North America. He also spent several years in Ottawa as the executive director of the Association of Canadian Universities for Northern Studies.

“Professor Adams was very much one of the founders of Trent University,” said Professor Tom Symons, founding president of Trent University. “I enjoyed tremendously working with him throughout Trent’s formative years as he contributed greatly to the institution’s early development. He was an inspired teacher and a gifted researcher who made a huge contribution to our knowledge and understanding of the Canadian arctic. He was truly a great Canadian.”

In academia, Prof. Adams is held in high esteem. He is the author of numerous articles on the Canadian Arctic, on the environment and other geographical topics, and has written and co-authored books in the same field. In his obituary published in the Toronto Star, Prof. Adams’ university colleagues state that: “Peter's greatest achievement lies in his voluminous published research on ice and snow and, in particular, his glaciological work on Axel Heiberg Island (Nunavut), which continues today and represents the world's longest continuous study of its kind in the high Arctic…this work is of incomparable value in understanding climate and climatic change in that Polar region.”

Prof. Adams also had far-reaching and significant impact outside the academic world. After first becoming trustee on the Board of Education, Prof. Adams was elected MPP for Peterborough from 1987 to 1990 and was elected to the House of Commons as MP for Peterborough in 1993, where he served until 2006. During his time in Parliament under prime ministers Jean Chrétien and Paul Martin, he played a leading role in the area of post-secondary education, in particular the creation of the Millennial Scholarships Foundation and the Canada research chairs.

In the Peterborough community, Prof. Adams was also known as an avid runner, even competing in the Boston Marathon, and for his involvement in and passion for health issues, sports and athletics. He chaired the Ontario Summer Games and worked for numerous organizations including the YMCA, Hospice Peterborough, ParticipACTION Peterborough, among many others. At Trent, Prof. Adams volunteered as co-chair of the successful Sport, Recreation & Wellness for All Campaign to support the renewal and expansion of athletics and recreation facilities at the University. In recognition of this role, the Co-Chairs Mezzanine at the Trent Athletics Centre is named in his honour.

In 2010, Trent presented Prof. Adams with the University’s highest honour, an honorary doctor of laws degree, in recognition of significant contributions to the Trent and Peterborough communities. In 2012, Prof. Adams was named a recipient of the Order of Ontario, the province’s highest official honour.

Last year at Trent, an anonymous donor established the Peter Adams Undergraduate Fund for Northern and Polar Studies in honour of Prof. Adams with a goal to expand the opportunities for students who want to study in the polar regions. It will provide funding for Canadian and international undergraduate students in the Trent School of the Environment (TSE), who are conducting research or other scholarly activities associated with the study of polar regions. This fund will cover a small portion of their travel costs for experiential learning, field trips, capstone courses, and/or research on polar regions and participation in conferences anywhere in the world where students are presenting on polar studies. This fund will be awarded for the first time in 2019/20 through an application process with TSE.

The University extends heartfelt sympathies to Prof. Adam’s family and friends, and to all who knew him at Trent. In honour of Prof. Adams, the University will lower the flag atop the Bata Library to the half-mast position on the day of his service. The memorial service for Prof. Adams will be held at 2:00 p.m. on Saturday, October 13 at St. John's Anglican Church in Peterborough. All are welcome. 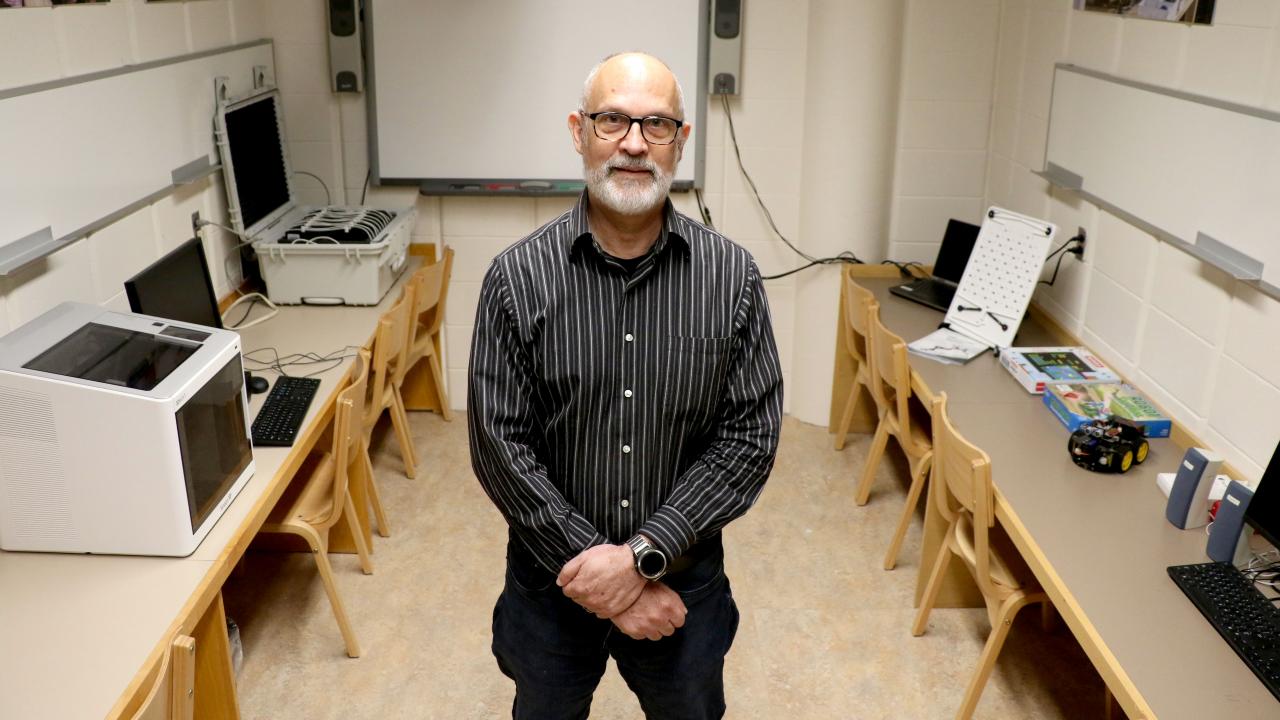 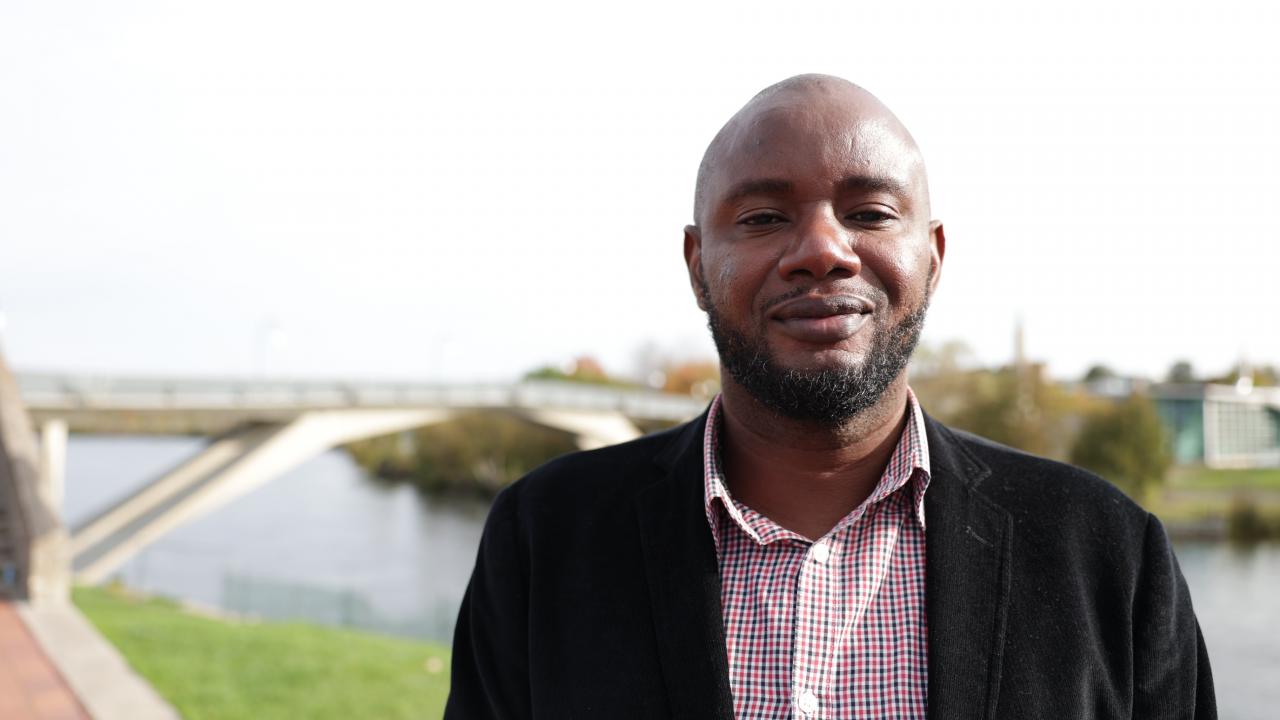