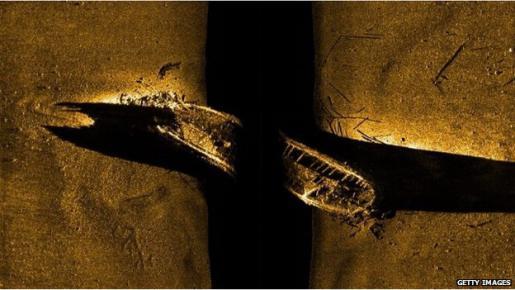 Trent alumni, Dr. Douglas Stenton ‘80 and Dr. Shelagh Grant ’76, are among the expert contributors to a new special collector’s edition of Canadian Geographic magazine dedicated to the recent discovery of HMS Erebus, one of the lost ships of Sir John Franklin’s ill-fated expedition of 1845. The event is considered the discovery of the century.

Dr. Stenton, who received a Masters degree in anthropology from Trent, is director of heritage for the Government of Nunavut. He headed up the terrestrial archaeology team which played a pivotal role in locating the wreck of Erebus. His identification of two distinctive Royal Navy artifacts found by the team was significant, leading to the discovery of the submerged vessel.

In his essay, Dr. Stenton discusses his role in the extraordinary find and provides an archaeological perspective on the importance of the discovery. In particular, he highlights how more than a century of Inuit oral history, as well as collaboration between government agencies, contributed to the find.

“I’m very happy to have been a part of the expedition and to have contributed an article to this special issue,” Dr. Stenton said. “The discovery of Erebus is one of the highlights of my career. It’s important, not only because it has solved an age-old mystery, but because it is drawing attention to Nunavut in a positive way.”

Dr. Grant received her Bachelors and Masters degrees in history from Trent. As an expert on Arctic history, she was asked to contribute an article discussing the relevance of the discovery to Canadian Arctic sovereignty.

Dr. Grant observed that while Canada’s sovereignty in the region was already well-established, the discovery showed the rest of the world that Canada has the ability to research and operate in the Arctic, and if necessary, to defend against any challenge to her sovereign authority.

“I’m honored to be part of the Canadian Geographic special edition,” Dr. Grant said. “This was an exciting event in Canadian history and hopefully will encourage public support for greater investment in infrastructure and environmental protection.”

“Although I was only peripherally involved, the fact that two of Trent's alumni were associated with the expedition reflects the multi-disciplinary emphasis placed on Arctic studies at the University during the late 1970s and early 1980s,” Dr. Grant added.