Trent, Curling, and the Camaraderie of Sport 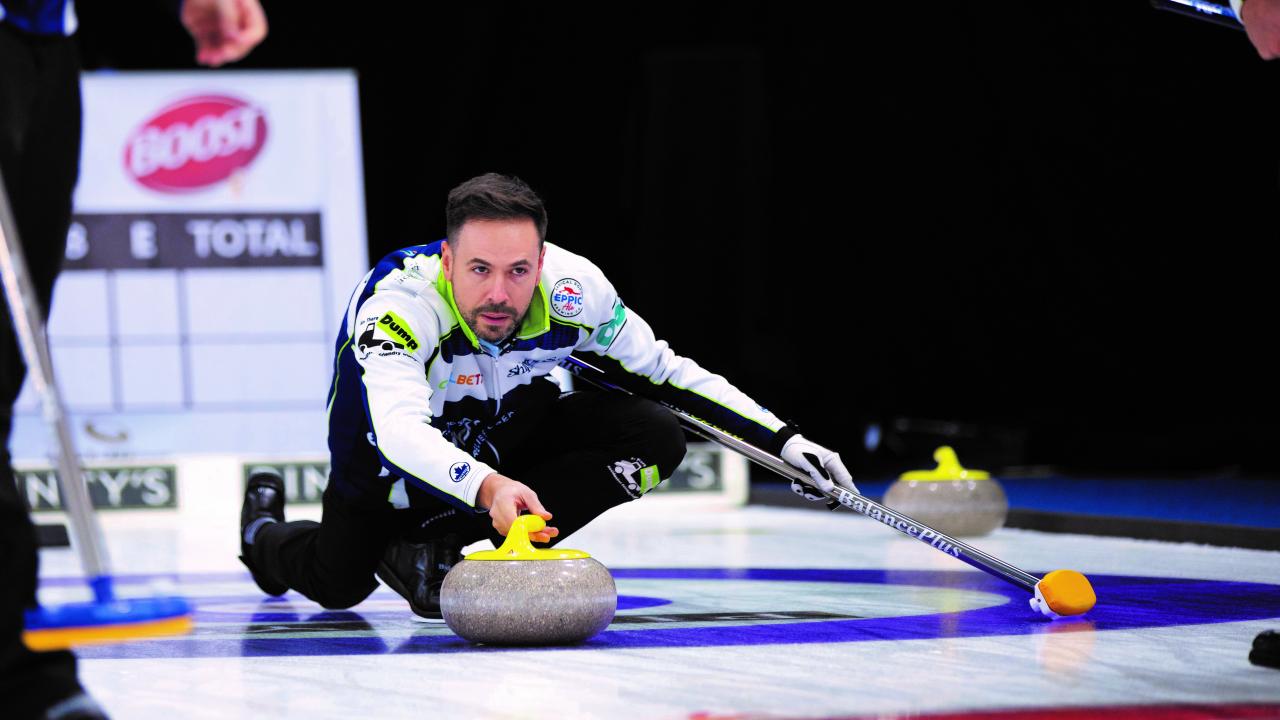 For John Epping ’02, the name of the game is curling—and it’s a big reason why he chose to attend Trent University. John graduated in 2007 with a degree in History and English. Throughout his time at Trent, John was able to balance his studies and burgeoning curling career—no small feat.

“As I came out of the junior ranks in curling, I had some tough decisions to make as far as having to compete a lot. I stayed at home and that allowed me to keep that curling focus and not let anything take away from my studies. I also had a lot of help from my family,” John explains “I extended my stay a bit at Trent University so that I could maintain a top level both in competition and my academics. That was a major part of why I wanted to stay local. It was tough with late nights and doing work on the road, but I was super privileged to be competing at a top level in sport.”

John’s love of curling began at a young age. In fact, you might say he was born into the sport, with his grandfather being one of the founders of the Ennismore Curling Club. He has since become a household name in the world of curling, with four Grand Slam of Curling title wins—a National Championship (2008), Players’ Championship (2012), Canadian Open (2015), and a Masters (2018). He has also played with legendary skip Wayne Middaugh and has been skip of his own squad since 2012.

A sense of belonging

John believes that there is a sense of camaraderie in curling, unlike any other sport – both between the players themselves, as well as the relationship they have with their fans. He found a similar sense of community and belonging at Trent, and his time as a member of the University’s curling team is an experience that has stayed with him.

“I was somewhat of an outsider at the time because I couldn’t fully commit to that team; I had all my other competitive curling to do. Yet they welcomed me into their circle,” he says of his Trent curling teammates who were supportive of his competitive commitments, but also made it clear that they wanted him to be a part of their team in whatever way he could. “A lot of people just want to belong, and I think that is a really important thing that we should offer more to people. That is the one thing that I’ll take away from being part of that Trent University team.”

A champion for inclusivity

John has become a leader and champion for inclusivity as one of few openly gay athletes in North America. While he didn’t intend to announce his story – in fact, he was nervous about being so open because he didn’t want to distract from his teammates or the sport – John has taken on a sense of responsibility, becoming a role model for others.

“I realized that this was really important when the story came out. I started to receive a lot of private messages through social media, from other younger males and females that were either struggling or just saying that this really gave them hope or somebody to look up to,” he says. “If I could have just helped one person through this, that is good enough. I’m very fortunate that in the position that I have, I’m able to be a role model for others. I don’t take that for granted. It’s a huge honour for me.”

Team Epping recently announced that this season will be the last for the current foursome. John and his teammate, Mat Camm, who have played together for seven years, will continue playing together. As for what’s next?

“I want to be at the top,” says John, who complements his competitive curling with teaching and coaching jobs. “It is not enough for me to be a good curler; I want to be one of the best.”

Celebrating Métis Heritage on Campus and Beyond
Your College in the Morning: New Radio Show Pays Tribute to Peter Gzowski
The True Story Behind the Story of Dr. Jekyll and Mr. Hyde