Inspiring the Next Generation of Canadian-Spanish History Scholars 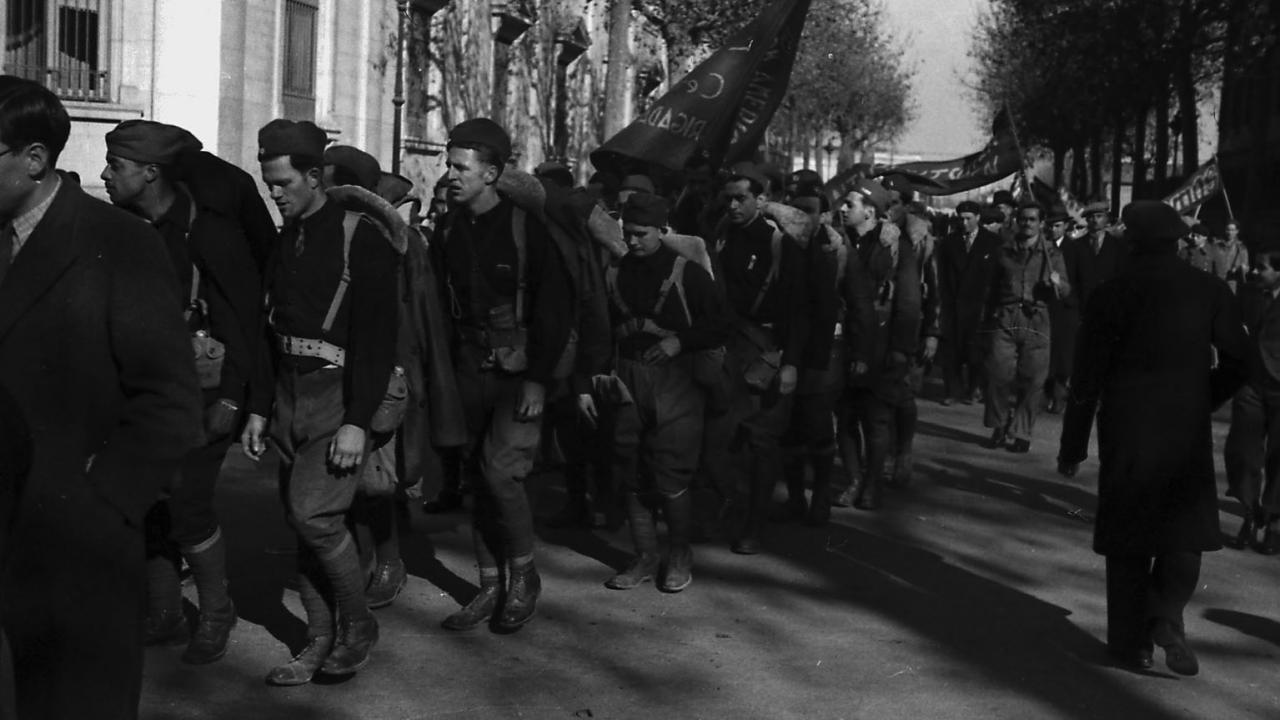 A new partnership is taking one more step in amplifying voices in European and Canadian history, both in the stories it tells and the people who tell them.

A new collaborative research opportunity at Trent University, with funding from the Mackenzie-Papineau Battalion Memorial Fellowship in History, will support graduate students engaged in research on the Spanish Civil War in Trent’s History department. The fellowship will also create a funded experiential learning opportunity for a research assistantship alongside Trent professor and renowned Spanish history scholar, Dr. Antonio Cazorla Sanchez.

The Mackenzie-Papineau Memorial Fund commemorates the 1,547 Canadian volunteers who fought to defend the democratically elected government against fascist forces during the Spanish Civil war of 1936-1939. Professor Antonio Cazorla Sanchez explains that volunteers who left Canada to fight the Spanish fascists were mostly poor, idealistic new immigrants who had nothing to gain. They took great pride in their accomplishments, despite the fact they ended up on the losing side of the war.

A significant event for social change in history

The war was a significant event in world history, which polarized people in Canada and abroad by ushering in major social changes that we are still debating today. Prof. Cazorla Sanchez hopes the revelations from this war will attract brilliant new researchers to Trent to study the Spanish Civil War and inspire a new generation of people to learn more about other civil wars and violent events.

"Many of the big issues and advancements of the 20th century were tested during the Spanish Civil War," Prof. Cazorla Sanchez says. "Some succeeded, and others were relegated to the dustbin of history.”

A new interpretation of history

In particular, he notes the importance of women fighting in battles, the leadership of the American battalion by a man of colour, and the expansion of women’s rights. The layers of race, gender, cultural and social factors are woven into the story of the Spanish Civil War.  “When we study the Spanish Civil War, we almost immediately move on from the white male version of history to the story of everyone else too. We need a different interpretation of history.”

“Canadians were part of that story, as participants and observers,” Prof. Cazorla Sanchez says. “It’s a complex and relevant Canadian story. Many Canadians in the 1930s understood that the Spanish Civil War was also their fight. This is why some went to battle in Spain and others to help with their skills.  For example, Canadian medical pioneer, Norman Bethune, was actively involved in the war, caring for the wounded while documenting the violence perpetrated against them. During this time, he created the world’s first mobile blood bank to deliver supplies to the front lines and saving soldiers’ lives through quicker transfusions.”

For the past twenty years, Dr. Cazorla Sanchez has led the way in studying the history of Spain and violence by publishing nine books, including Fear and Progress: Ordinary Lives in Franco’s Spain (1936-1975), and Franco: The Biography of the Myth; over fifty book chapters and articles and serving as an expert on Francisco Franco for several documentaries, including the 2018-19 PBS special The Dictator’s Playbook. Currently, he is creating a digital museum about the Spanish Civil War at Trent's Bata Library. He is one of only two tenured professors in Canada teaching contemporary Spanish history.