Celebrating Métis Heritage on Campus and Beyond 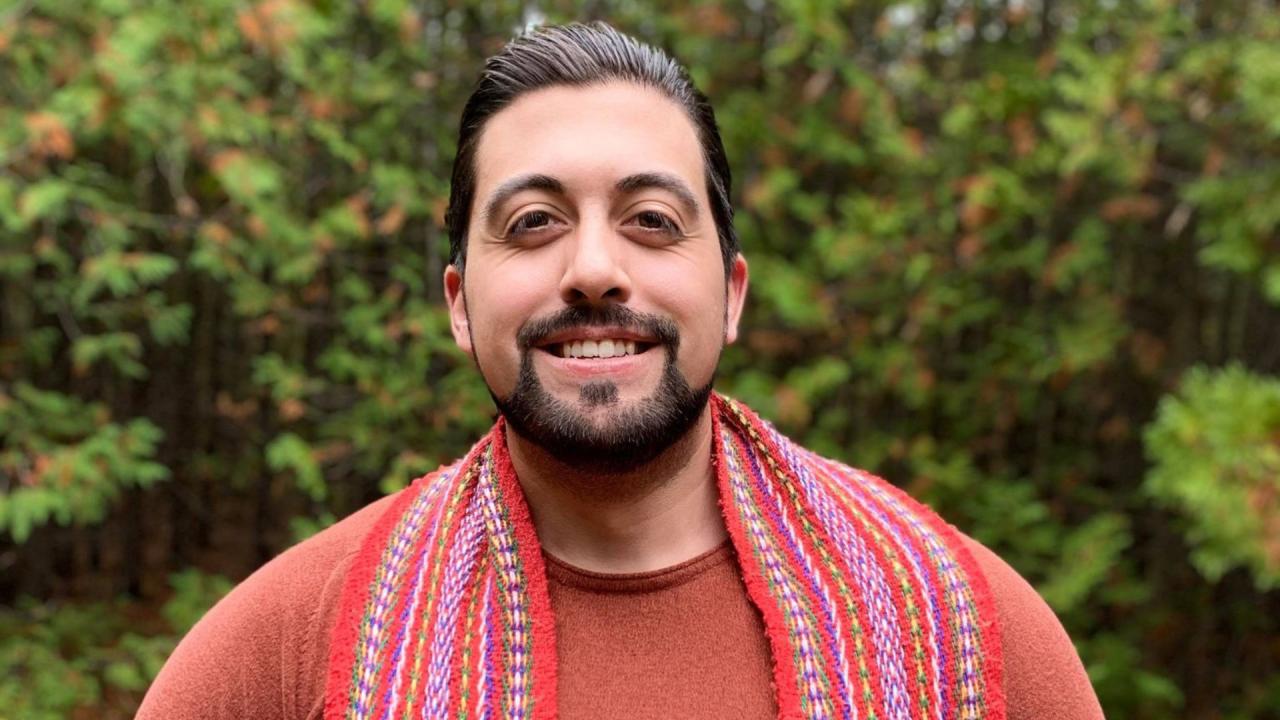 On November 16, many provinces across Canada commemorate Louis Riel Day – a day to reflect on the execution of historic leader Louis Riel and to celebrate the Métis Nation, culture, and their many contributions to Canada.

Mitch Huguenin ’13, a Trent Master of Education student and Indigenous pedagogy designer in the Trent Centre for Teaching and Learning, shares that Canadians are becoming more aware of the country’s complex history. To honour Louis Riel Day, he is committed to sharing his knowledge and experiences as a Métis person.

“[Young Métis people] are starting to really come into their own and share their stories very vocally,” shares Mitch, who is a proud citizen of the Métis Nation of Ontario (MNO) and a Métis rights-holder from the historic Georgian Bay Métis community (one of seven recognized s.35 rights-bearing Métis communities in Ontario). “This is something many of our parents and grandparents weren't able to do, and it was the same for a lot of Indigenous peoples in Canada. There are a lot of modern Métis people who are just reclaiming their [heritage and identity] now.”

With a goal to reclaim and share his Metis heritage and culture, Mitch launched Indurance, an athletic company promoting culture, ingenuity and endurance, through Indigenous designed gear and recipes for traditional food.

“Historically, the Métis sash was used almost like a weightlifting belt during the fur trade,” Huguenin explained in a recent in to the Canadian Press. “I thought, ‘wouldn’t it be cool if we had some modern version of the sash that was intended for people actually doing training?’

On campus, Mitch works alongside the First Peoples House of Learning, the Chanie Wenjack School of Indigenous Studies, and other Trent departments to incorporate Métis heritage and knowledge sharing on campus and into academic programming.

“There are displays of Métis culture on campus, such as the Infinity Flag in the Gathering Space and Ceinture Fléché (arrow sash) displayed in the Cedar Room in Bata Library,” adds Mitch. “I am excited to see an increase in Métis representation on campus through the work Trent is doing in collaboration with the local Métis Councils. It is the beginning of a greater process that will hopefully unfold over many years.”

Learn more about Louis Riel Day and the Métis Nation

There are several online resources available to those who want to learn more about Louis Riel and the history of the Métis Nation: