Amplifying Voices & Inspiring Action through Academics and Beyond 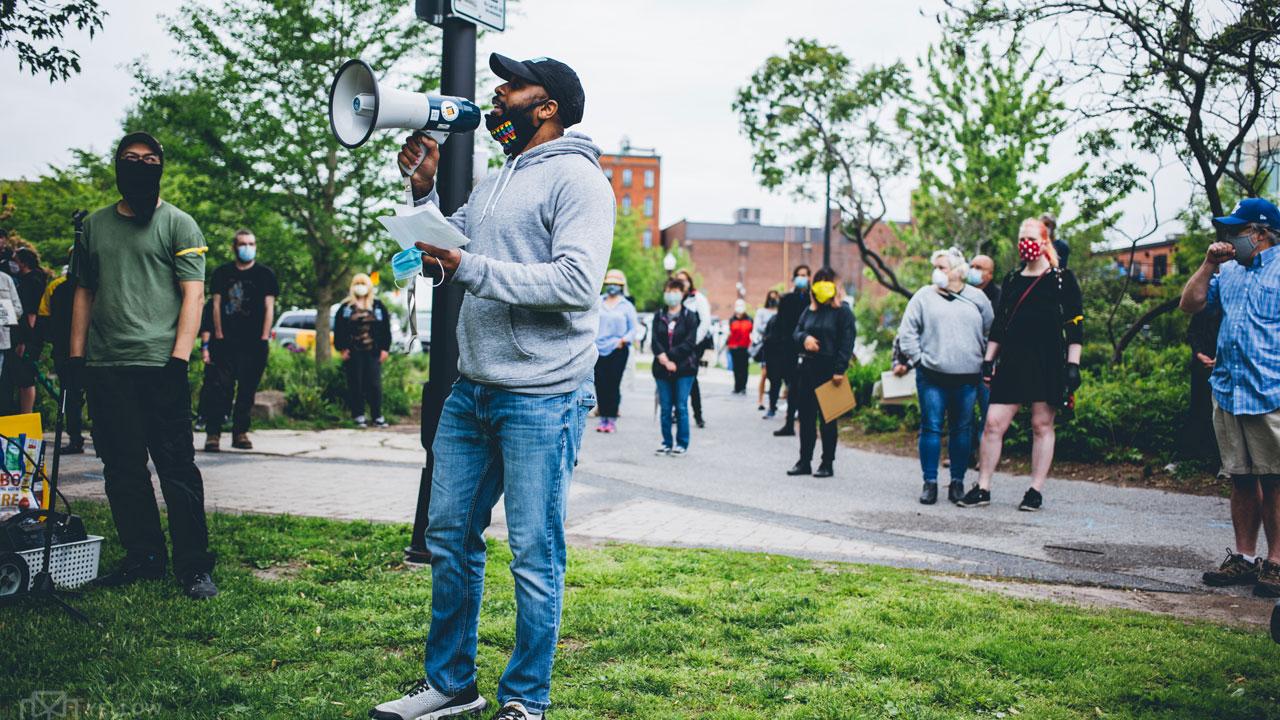 In the past, when people thought about a degree in English literature, they thought about famous European authors, poets and playwrights from the past: Shakespeare, Chaucer, Austin and Swift. Today, and especially within the department of English at Trent, emphasis and study also focus on the important voices and perspectives of authors who are Black, Indigenous and People of Colour (BIPOC).

“Trent’s English Department is the most rigorous, diverse, and critically engaging program,” says fourth-year student Jarrod Williams. “The majority of the courses allow students to unpack and think about complicated and difficult topics.”

Two key courses are taught by Professor Charmaine Eddy: Black Lives Matter and African-American Literature. These courses resonate and are important every day, yet have particular relevance today.

As a student who took the African American Literature course, Jarrod Williams notes that one of his key takeways was the idea of black consciousness. “It’s a term used by W.E. Dubois that characterized the black experience living in America, where one feels their two-ness- being black and American. To understand that fully means to understand the history of America. There was lot of moments of inspiration as each lesson grounded more truths about the black movement at the time.”

Though her research focuses broadly on 20th century American literature, Prof. Eddy recognized the need to have courses dedicated to exploring the voices of Black Americans, as well as the broader cultural, societal and institutional themes that relate to course texts. Recently, she also expanded a course she teaches in the Public Texts graduate program to the topic of Black Lives Matter.

Through her courses, Prof. Eddy notes it has been important to create spaces and explore ideas that can support students in their journeys as scholars, professionals and engaged citizens noting that “incidents [over the past weeks] show us that learning about anti-racism and systemic privilege is more important than ever for everyone, particularly for those of us who are white.”

In his time at Trent, Mr. Williams, an international student from the Bahamas, has found many ways to take action and amplify his own voice as an active member of the Trent community, including a role as secretary with the Trent International Student Association (TISA), Trent Book Club and the intramural volleyball team. Recently, he also took on an important role locally in Peterborough, as the global movement of Black Lives Matter protests and peace marches made their way to the community.

“On the day of the march, I could feel the energy surrounding me at Millennium Park. It was hopeful and promising. I could see the hearts and minds of some folks in Peterborough who were feeling what we were feeling. We were tired of the injustice, mournful of the deaths yet reaching for the greater good and hope for change. But what I also recognized that we were all in this together,” he says. “All of us black, white, brown, queer, non-conformist, heterosexual are implicated in this struggle for human equality. We were leaning on our better sides for a better tomorrow.”

Reflecting on the study of language and its relevance to issues of today, Mr. Williams adds that “it is the job of language to stimulate empathy, compassion and different frames of thought.”