Urgent Need for Food System Reform on the Agenda at COP15 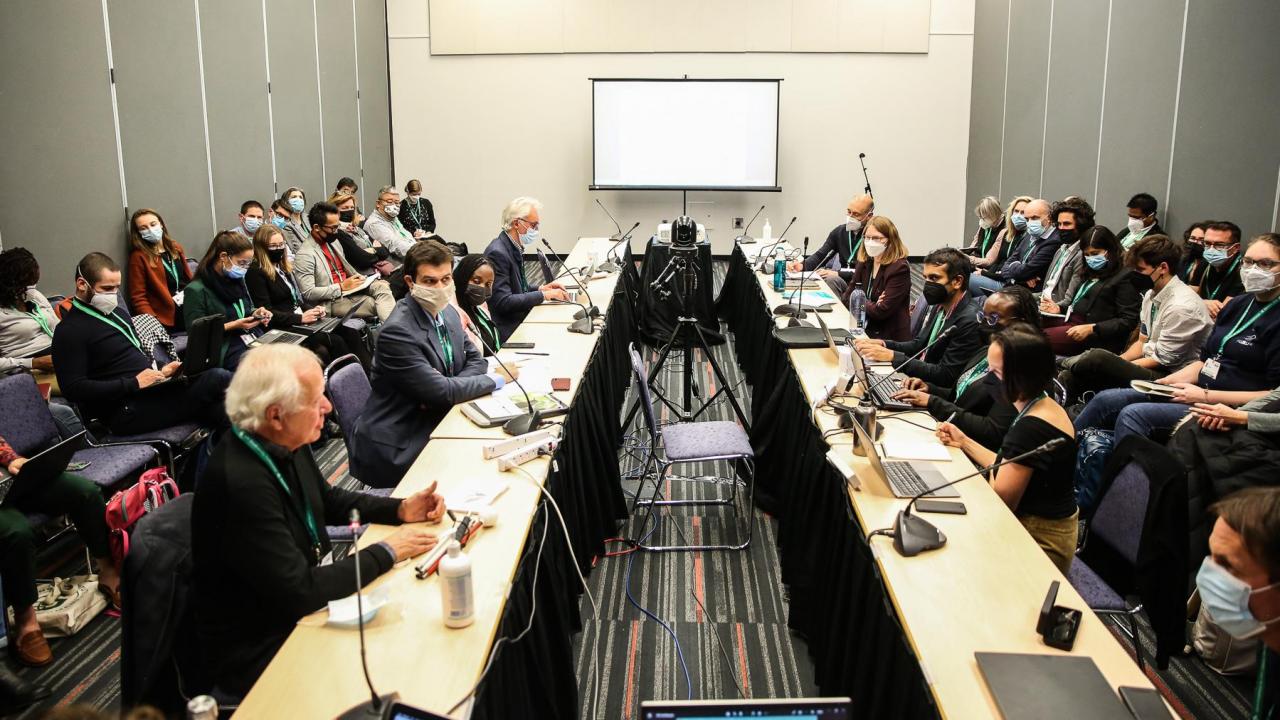 For the first time in 12 years, governments from around the world have gathered for the 15th meeting of the Conference of the Parties to the Convention of Biological Diversity (COP15) with the ambitious task of establishing a binding treaty around a set of global targets for conserving and restoring Earth’s biodiversity.

The big target aiming to be set at COP15? To protect 30 percent of the world’s land and sea area by 2030, just eight years away, and the treaty has already been under negotiation between governments for at least two years.

“COPs are intended to facilitate global negotiations, but with a treaty there needs to be 100 percent consensus so agreement is difficult,” said Dr. Haroon Akram-Lodhi, professor of International Development Studies at Trent University. “Every single line must be agreed to by all nations at the convention and there are contentious issues that ministers will need to resolve at the conference. This is the most important international climate conference Canada has hosted since the Montreal Protocol was established in 1987, which led to the elimination of hydrofluorocarbons (HFCs, CFCs, and aerosols).”

One contentious area officials are discussing is pesticide usage, which Professor Akram-Lodhi says is pivotal to industrial farming.

“There has been a huge increase in pesticide usage in 30 years. In fact, every single one of us carries glyphosate, which is an herbicide used to cut down on invasive species in fields,” said Prof. Akram-Lodhi. “There is a proposal to limit the rate of increase in pesticide usage, but this has big implications for countries that rely on industrial farming approaches, including Canada, and for agrochemical companies which earn revenue from the use of pesticides.”

With global industrial agriculture responsible for approximately 84 percent of species extinction on the planet, the International Panel of Experts on Sustainable Food Systems (IPES-Food) organized a side event at COP15 to bring specific attention to sustainable food systems, biodiversity, and the urgent need for food system reform.

“I’ve been working on this topic for decades, and while food system reform has been highlighted as a means to combat food insecurity, shifting to a more sustainable food system is a necessary condition to combatting biodiversity loss,” said Prof. Akram-Lodhi.

On a panel of experts with colleagues from Western University, Dalhousie University, the University of Waterloo, and Third World Network, Prof. Akram-Lodhi spoke to a crowded room about industrial farming and biodiversity loss, specifically how they are inadequate in enhancing human health and are detrimental to the environment.

Other experts on the panel spoke about the rising role of meat in global diets and the harm that it creates in biodiversity; the emergence and role of technology in increasing and reducing biodiversity loss; the way in which food system transformation could take place; and the current state of COP15 negotiations around food system reform.

Panelists and participants engaged in the important discussion about how the treaty being designed at COP15 and other global frameworks can hold governments and corporations accountable for past, present, and future impacts on biodiversity.

Read a full summary of the IPES-Food panel at COP15.

A World of Curiosity: Jeannette Menzies, Canada’s Ambassador to Iceland
2022 Trent Top 10
Urgent Need for Food System Reform on the Agenda at COP15

Call for Papers: Canadian Activism related to Gender Marginalization
Women in Canadian Politics – How can we do better?
Still We Refuse! A Conversation on Anti-Black Racism, Police Violence, Feminism and Abolition