Women in Canadian Politics – How can we do better? 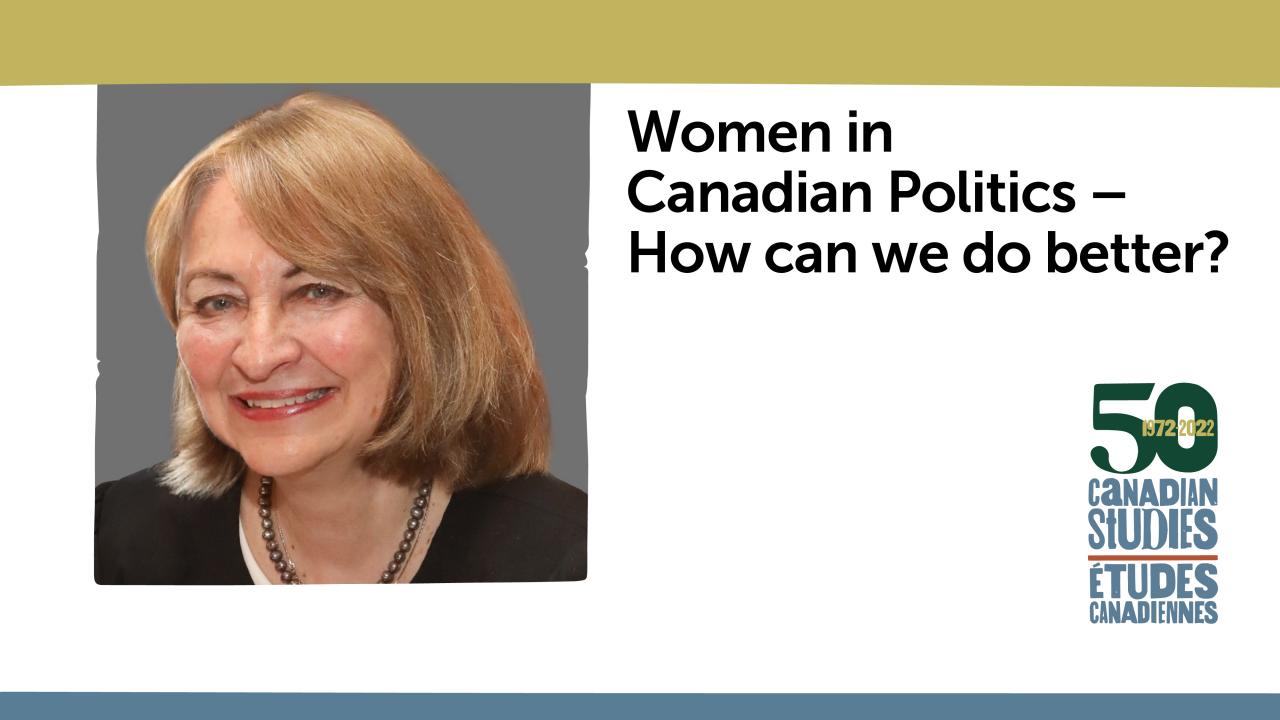 Attendance is welcomed in-person at Bagnani Hall, Traill College or virtually on Zoom (registration is required).

With women making up only 30 per cent of our House of Commons, Canada ranks 61st in the world rankings of nations, according to the Inter-Parliamentary Union.  How can a country that values gender equality rank so miserably?  Senator Donna Dasko has spent over thirty years as an activist trying to get more women into elected positions:  she is a co-founder and past national chair of Equal Voice, Canada’s multi-partisan NGO devoted to this cause.  She will speak about why it’s important to elect more women, why this country has fared so poorly, and what we can do to get more women’s voices into the public sphere.

The Honourable Donna Dasko, Senator for Ontario Donna Dasko was appointed to the Senate of Canada in 2018 after a career as one of Canada’s best-known pollsters, and the first pollster ever appointed to the Senate. She was formerly Senior Vice-President of Environics Research Group Ltd and built the firm from a small consultancy into one of Canada’s leading research firms. As a community volunteer, she served in many roles including President of St. Stephen’s Community House, Director of the United Way of Greater Toronto, Governor of the Canadian Unity Council (devoted to Canadian unity and federalism), Chair of the National CEO Roundtable for the Alzheimer Society, and Advisor to GreenPac (which promotes environmental leadership). Dr. Dasko’s passion for the promotion of women in politics has guided much of her advocacy. She is co-founder and past National Chair of Equal Voice, an NGO which advocates for more women in elected politics. She is currently a Distinguished Fellow at the University of Toronto’s Munk School of Global Affairs and Public Policy, and taught in its Master’s program before her appointment to the Senate. She holds a Ph.D. and MA from the University of Toronto. She was born and raised in Winnipeg and has two children, a daughter and son

A World of Curiosity: Jeannette Menzies, Canada’s Ambassador to Iceland
2022 Trent Top 10
Urgent Need for Food System Reform on the Agenda at COP15

Call for Papers: Canadian Activism related to Gender Marginalization
Women in Canadian Politics – How can we do better?
Still We Refuse! A Conversation on Anti-Black Racism, Police Violence, Feminism and Abolition