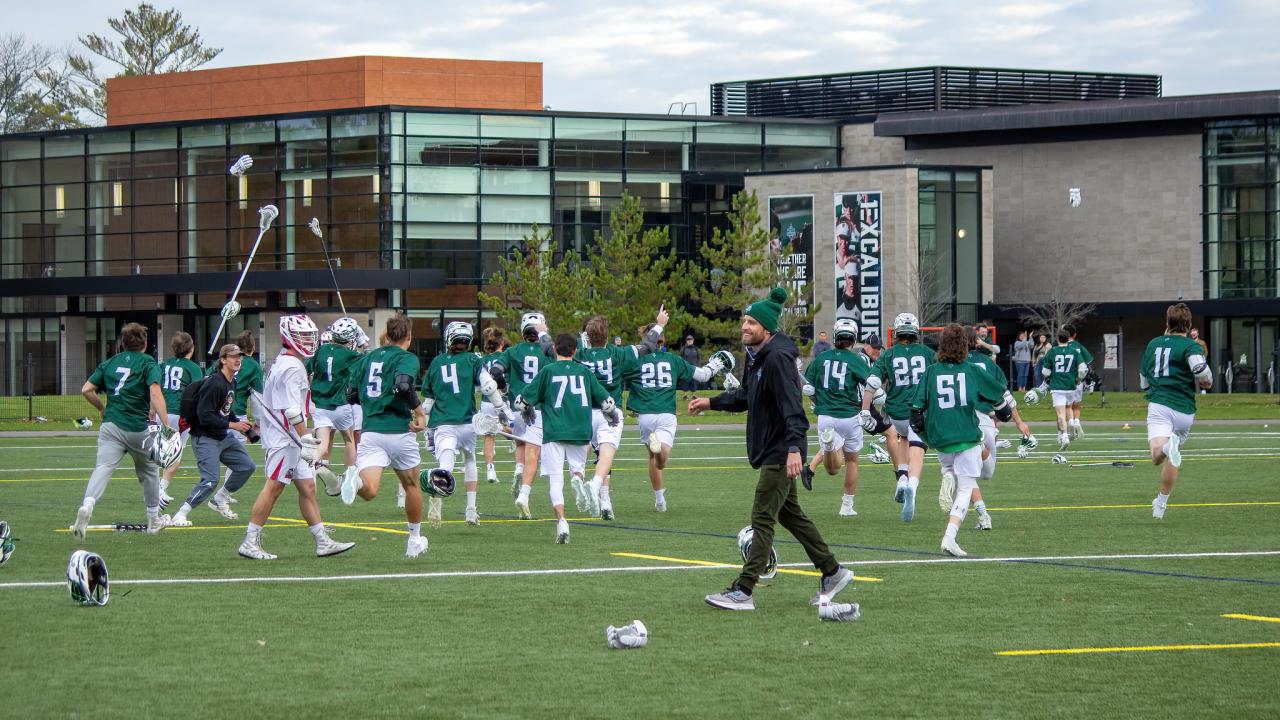 "Seeing current and former Excalibur athletes thrive outside of University sport is so encouraging for us here at Trent Athletics," said Leslie Spooner, interim director, Athletics & Recreation. "It's gratifying knowing that the dedication they put into their sport here at Trent is paying off and allowing them to continue to better themselves as athletes. We know that Mark, Jack, and Dylan, as well as other Trent alumni on the team, will make us proud during their time as Timbermen."

The three players, who come from playing for the Whitby Steelheads in the ALL, will join Timbermen head coach Joe Sullivan, who says that their recent Baggataway Cup National Championship win played a vital role in his decision to sign them, plus they are Peterborough locals.

Sullivan said that lacrosse players that have competed at Justin Chiu Stadium and donned a green and white jersey as an Excalibur athlete bring a lot to a team.

“What is offered at Trent through the field lacrosse program – you can’t ask for more,” he said. “I know that players coming from there will work hard. Why wouldn’t I go five minutes down the road from my house, watch some good lacrosse and take that talent? Trent is known in the lacrosse community.”