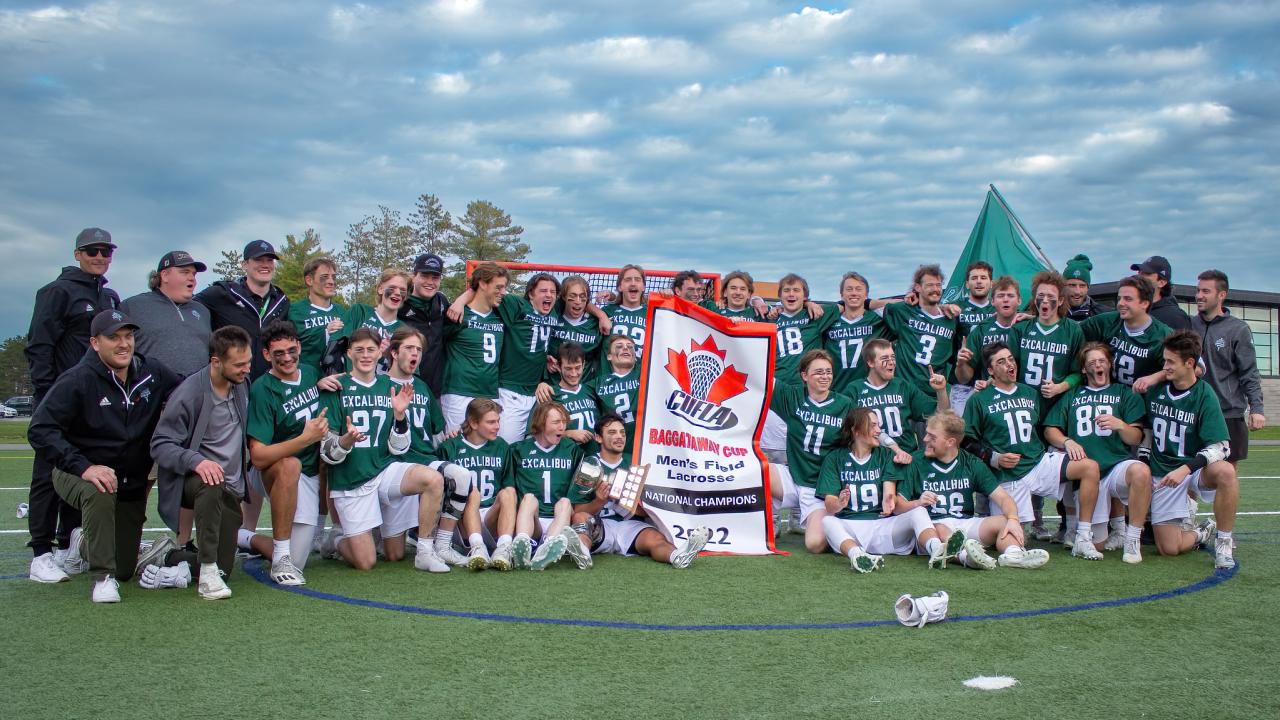 The Trent Excalibur men’s lacrosse team has won the Baggataway Cup Championship, defeating the Brock Badgers. With an early lead, the team never slowed down and took a 12 – 3 victory at Justin Chiu Stadium in front of a hometown crowd of more than 1,200 roaring fans.

“We are so proud of our men’s lacrosse team and their performance not only this weekend but throughout the season,” said Leslie Spooner, interim director of Athletics and Recreation at Trent. “They’ve represented Trent University so well. Their dedication and championship win is monumental and  well-deserved.”

After a successful season, finishing on top in the East division, the Excalibur were given a bye to the first semi-final game on Saturday. The team fought hard and beat McGill to secure their spot to compete for the championship in Sunday’s final game.

"This team wanted to win badly. What the 12-3 scoreboard does not show in the finals is the blood, sweat and tears it took from the guys all year to make that happen,” said Mark Farthing, head coach of the men’s lacrosse team. “The support from both Trent, as well as the community, has been outstanding. It was a special atmosphere on Justin Chiu Stadium all season and especially this weekend. Winning a national championship on the banks of the Otonabee River is a dream come true for all involved."

Trent’s Tyler Hendricks was named the teams Player of the Game and attack on the All Baggataway Cup Team.

Colton Armstrong and Taite Cattoni were named midfield players for the All Baggataway Cup Team, as well as Curtis Conley for defense and Curtis Romanchych for Long-Stick Midfielder (LSM) and Aidan McLaughlin for face-off.

Trent’s Jackson Brown was named goaltender for the All Baggataway Cup Team after an incredible performance all weekend. Brown stood strong in net and only let in a total of eight goals.