Convocation ceremonies are public events that are recorded in various ways including webcast, video and photography. The ceremonies will be live streamed on trentu.ca during Convocation and will be available to view after Convocation for the benefit of friends and family who are unable to attend in person. These images and recordings may be used for official purposes, such as promoting Trent University. If you have any questions, please contact joannesokolow@trentu.ca. 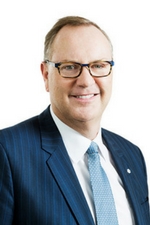 In addition to being respected for his long-standing success in the business world, Mr. Cope has become well-known for spearheading the launch of the Bell Let’s Talk initiative, the largest-ever corporate commitment to Canadian mental health. A personal and professional commitment to raising awareness, reducing stigma and growing funding in support of mental health has resulted in a successful national initiative now recognized as one of the country’s most prominent community investment campaigns.

“As a strong leader in corporate Canada, George has used his influence to call attention to social issues within the broader community, in particular, mental health. George has triumphantly led a Canadian “wake-up call” regarding the prevalence of mental health illnesses which has led to decreased stigma surrounding those illnesses in all communities, especially on university campuses, including Trent University.” – anonymous nominator

In recognition for his efforts regarding Bell Let’s Talk, Mr. Cope received the Queen’s Diamond Jubilee Medal, and was appointed a member of the Order of Canada in 2014.

Before being appointed president and CEO of BCE Inc. and Bell Canada in July 2008, Mr. Cope has held chief executive roles in various public companies over the past 30 years. He was recently inducted into the 2018 Canadian Business Hall of Fame and was recognized as Canada’s Outstanding CEO of the Year for 2015. He serves as a director of the Bank of Montreal and was chair of United Way Toronto’s record-breaking 2013 campaign.

Mr. Cope graduated from the Ivey School of Business at Western University with an Honours Business Administration degree in 1984. He was named Ivey Business Leader of the Year in 2013 and serves on the school’s advisory board. He has also been awarded honorary doctorates by Western University and the University of Windsor. 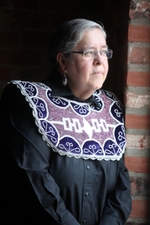 Dedicated to creating healthy communities and improving the lives of urban Indigenous people in Ontario and across Canada, Sylvia Maracle (Skonaganleh:ra) is Mohawk from the Tyendinaga Mohawk Territory and a member of the Wolf Clan.

Ms. Maracle is the executive director of the Ontario Federation of Indigenous Friendship Centres, the largest urban Indigenous service network in the province providing culturally appropriate services. She has been involved in the Friendship Centre movement for several decades.

She is the Indigenous chair of the Executive Committee to End Violence against Indigenous Women and Girls, a member of the Indigenous Justice Group, and has served on the Board of Directors for the Centre for Addictions and Mental Health. Ms. Maracle was also a founding member of the Native Studies Ph.D. Council at Trent University.

“It is our great pleasure to nominate Sylvia Maracle for an Honorary Doctorate of Laws from Trent University. We believe that her advocacy for Indigenous peoples and decades of service, strongly reflect our University’s commitment to Indigenous reconciliation and amelioration of historic injustices. As an honorary degree recipient, she would be an exceptional inspiration for graduating students. Trent’s recognition of her contributions would strongly reflect our commitment to Indigenous social justice.” – nominator.

Working to address violence against Indigenous women and in support of urban youth development, Ms. Maracle She has worked tirelessly to guide policy and programming to improve the socio-economic status for Indigenous people. She continues to lecture across Canada and around the world on women's issues, urban development, and the cultural revitalization of Indigenous people.

For her work, Ms. Maracle has been commended by various organizations including the Métis Nation of Ontario and Ontario Native Women’s Association. She was appointed as an Officer of the Order of Canada in 2017. She is also a recipient of the Queen Elizabeth II Diamond Jubilee Medal and a National Aboriginal Achievement Award in Public Service.

Ms. Maracle studied journalism at Ryerson University and has been awarded honorary doctorates in Management and Economics from the University of Guelph, and in Education from York University. 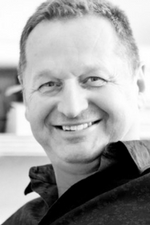 A highly-respected Canadian architect of innovative private and public-sector buildings ranging from museums and civic buildings to downtown condos, Stephen Teeple is principal of Teeple Architects, a Toronto-based company which he founded in 1989. On display around the world and across Canada, his artistic works are conscious of environmental and cultural sustainability while paying close attention to the spatial experience.

Closer to home, Mr. Teeple’s award-winning designs have come to life through many striking features of the Symons Campus at Trent University in Peterborough. Contributing to the natural landscape of the campus and Trent’s impressive architectural legacy, Mr. Teeple designed the Trent University Childcare Centre (1994), the Physics Building (1999), the Chemical Sciences Building (2008), and most recently the new Student Centre (2017).

“As a teacher, as the architect who has taken up the torch from our master architect Ronald Thom, and as an eloquent advocate of a sustainable cultural environment, he epitomizes the ‘spirit of Trent.’” We believe he is an eminent candidate for an honorary degree from our university.” – anonymous nominator.

Over the course of his distinguished career, Mr. Teeple’s contributions to Canadian architecture has earned great recognition, including six Governor General’s Medals in Architecture — the highest honour for a Canadian architect. He has also received Ontario Association of Architects’ Awards, Sustainable Architecture and Design Awards, and the Diamond Jubilee Medal in 2013 for outstanding contribution to Canadian culture and service to the Royal Canadian Academy of Arts.

Under his leadership, Teeple Architects has been recognized for design excellence and sustainability, including numerous awards from Canadian Architect and the Ontario Association of Architects. 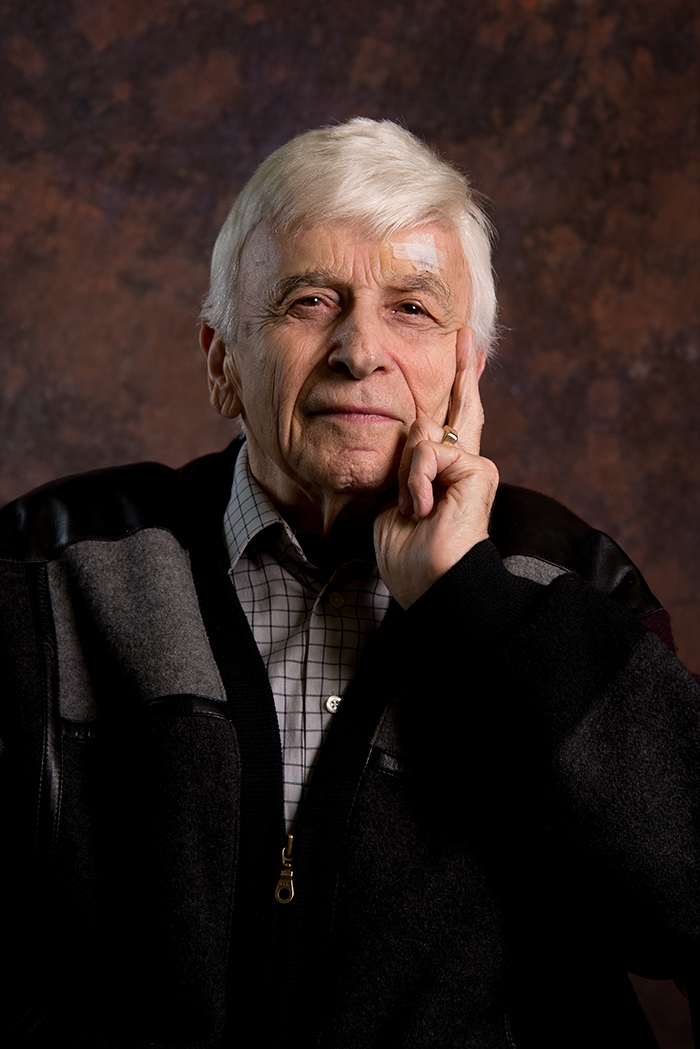 Max (Tibor) Eisen is a Holocaust survivor. Born in Czechoslovakia in 1929, Mr. Eisen is, in fact, the only member of his large orthodox Jewish family to survive the Holocaust. Mr. Eisen survived slave labour in Auschwitz, Mauthausen, Melk and Ebensee Camps and was forced to go on a Death March in January of 1945 where thousands died from exposure to severe weather conditions and malnutrition.  He was liberated from the Ebensee concentration camp in Austria in 1945 as an orphaned teenager. After his arrival in Toronto in 1949, he studied English and worked a variety of jobs before launching his own manufacturing company in 1964. Considered a respected pioneer in his industry, Mr. Eisen retired in 1992.

As a first-hand witness and a survivor, Mr. Eisen has been long devoted to educating others about the Holocaust, encouraging understanding, and teaching about the dangers of hatred and discrimination in society. Through his involvement with the Holocaust Education Centre of Toronto, Mr. Eisen speaks extensively with students, community groups, police forces, and the media. His impactful visits have often been incorporated into teaching curriculums. He is also a volunteer with several organizations including the Simon Wiesenthal Center of Toronto, Canadian Society for Yad Vashem, and the TeAmim Theatre Group.

“Max Eisen exemplifies all the qualities of a recipient of an honorary degree: he has made an extraordinary contribution to Holocaust education in Canada, generously volunteering his time day after day to explain this crucial history. He has also been especially generous to Trent University, offering to come to both the Peterborough and Durham campuses to speak to students. I know of no other living survivor of the Holocaust, in Canada, who has done so much to advance knowledge of the history of the Holocaust and the tremendous sufferings experienced by Jews and other victims in the Nazi death camps.” – anonymous nominator

A survivor of a forced death march during the Holocaust, Mr. Eisen participates annually in the International March of the Living between the Auschwitz and Birkenau concentration camps held on Holocaust Remembrance Day. He is also the author of a recent memoir, By Chance Alone.

Mr. Eisen has received many accolades and awards for his tireless efforts including: a Ministry of Citizenship and Culture certificate for volunteering; the Simon Wiesenthal Centre Award of Valour; the V’Ahavta, Tikun Olam Award for helping to heal the world through education; the 2014 Community Award by the York Regional Police Service; and the Commandant’s Commendation from the Canadian Forces College.

In reaction to learning about the accolade to be bestowed upon him, Mr. Eisen said, “I consider it a tremendous privilege to be the recipient of an honorary doctorate from Trent University.  I am humbled to accept this designation on behalf of the 1.5 million Jewish children who were never allowed to spread their wings and achieve their goals in life, including my own two brothers and baby sister.”