To celebrate the significant achievements of the graduates of 2020, and mark this important milestone in their life journey, 2020 graduates, their families, friends, and all members of the greater Trent community to watch the Grad From Your Pad.  This virtual event will include some traditional convocation elements, along with a few surprises! This is a way to bring the community together, while apart.

Established in 1986, the Distinguished Research Award is given annually to a member of the Trent University faculty in recognition of outstanding achievement in research and scholarship. 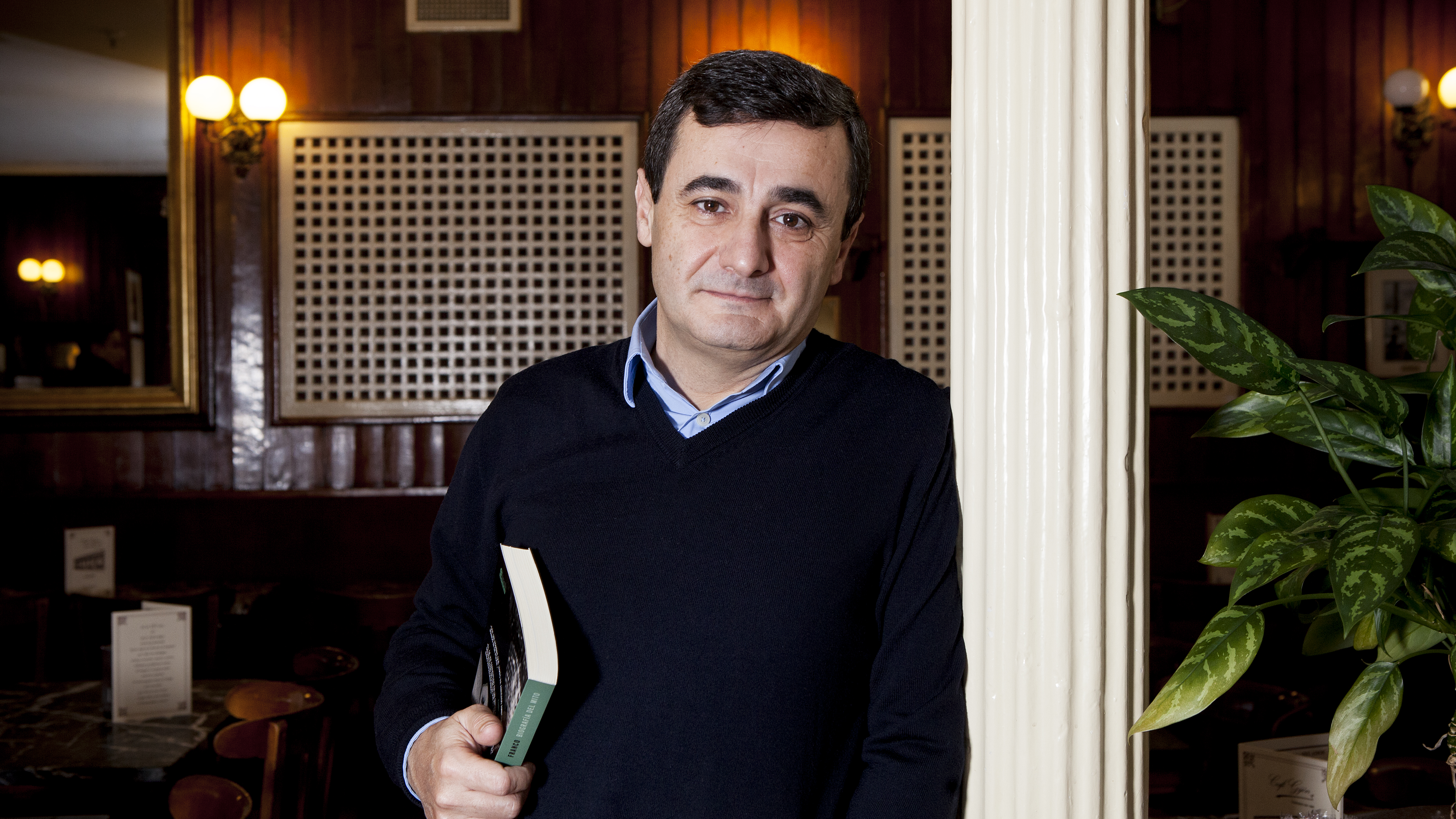 Trent University is pleased to announce that the Distinguished Research Award will be presented to Dr. Antonio Cazorla Sanchez.

In his widely published research, Prof. Cazorla Sanchez has significantly contributed to the knowledge and diffusion of Spanish contemporary history. The best examples of his contributions can be found in his two books: Fear and Progress: Ordinary Lives in Franco’s Spain (1936-1975), and Franco: The Biography of the Myth. Media outlets such as the Globe and Mail, El Pais and Spanish television outlets have sought him out for his expertise. Crossing over to North American television, Prof. Cazorla Sanchez was also brought in as an expert on Franco for the 2018-19 PBS special The Dictator’s Playbook.

Established in 1978, the Eminent Service Award recognizes individuals who have made outstanding contributions to the life of Trent University above and beyond excellence in carrying out their employment or volunteer responsibilities. It is normally awarded at the culmination of service to Trent. The award is presented on behalf of the Board of Governors, acting upon the recommendation of the Senate. 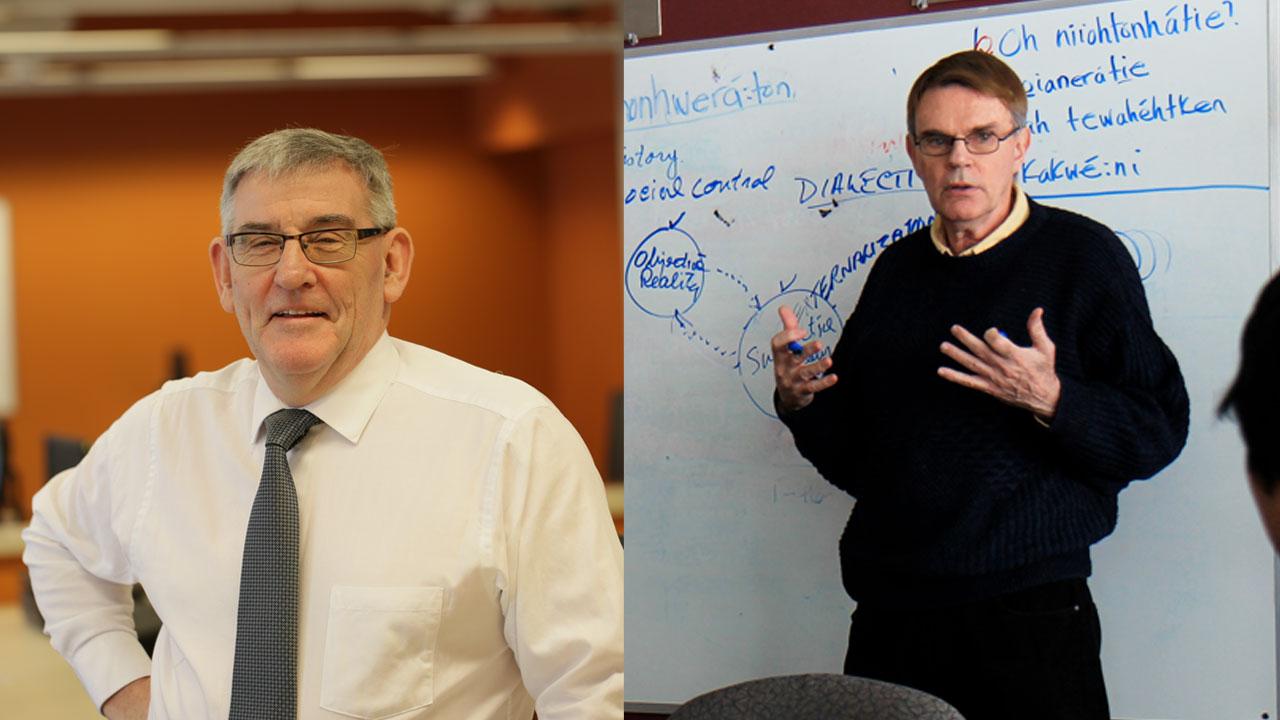 Trent University is pleased to announce that two recipients of the 2020 Eminent Service Awards: Joe Muldoon and Dr. Don McCaskill.

Joe Muldoon had an accomplished 33-year career at Trent, before retiring in September 2019. Throughout his career at Trent he held many integral roles including the University’s first research officer as well as assistant to the dean of Arts and Science. In his final role at Trent, as the inaugural head of Trent University Durham GTA, he developed the campus while strengthening Trent’s reputation and presence throughout Oshawa, Durham and the GTA through community engagement, new program development, and negotiating new articulation agreements, all which provided new opportunities for students.

Mr. Muldoon was an active community member in the Region of Durham, notably in the Oshawa and Whitby chambers of commerce and was an advisor for the Community Innovation Lab.

Prof. McCaskill has served as chair of both the Department of Indigenous Studies and the Native Management and Economic Development Program. He has also participated in the Ecuador Year Abroad Program, created the Thailand Year Abroad Program and teaches a summer field course in Mexico.

Symons Award for Excellence in Teaching

Established in 1976, the Symons Award for Excellence in Teaching is Trent's most distinguished teaching honour. The award is presented annually to a faculty or staff member who displays exemplary teaching, as well as exemplary concern for students. 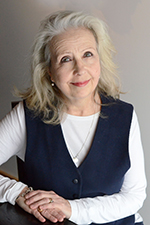 Trent University is pleased to announce that the Symons Award for Excellence in Teaching will be presented to Dr. Kathryn Chittick.

Dr. Kathryn Chittick, a professor in the department of English, is recognized as a committed, compassionate, and challenging teacher who routinely empowers her students with a confidence they didn’t know they possessed. Professor Chittick received nominations from groups throughout the university community including undergraduate and graduate students, alumni as well as both faculty and staff – a testament to the far-reaching and lasting impacts of her teaching. Each nominator mentioned the honest concern and kindness that Prof. Chittick demonstrates towards her students, as well as her ability to inspire and innovate their level of direct and embodied engagement with course materials.