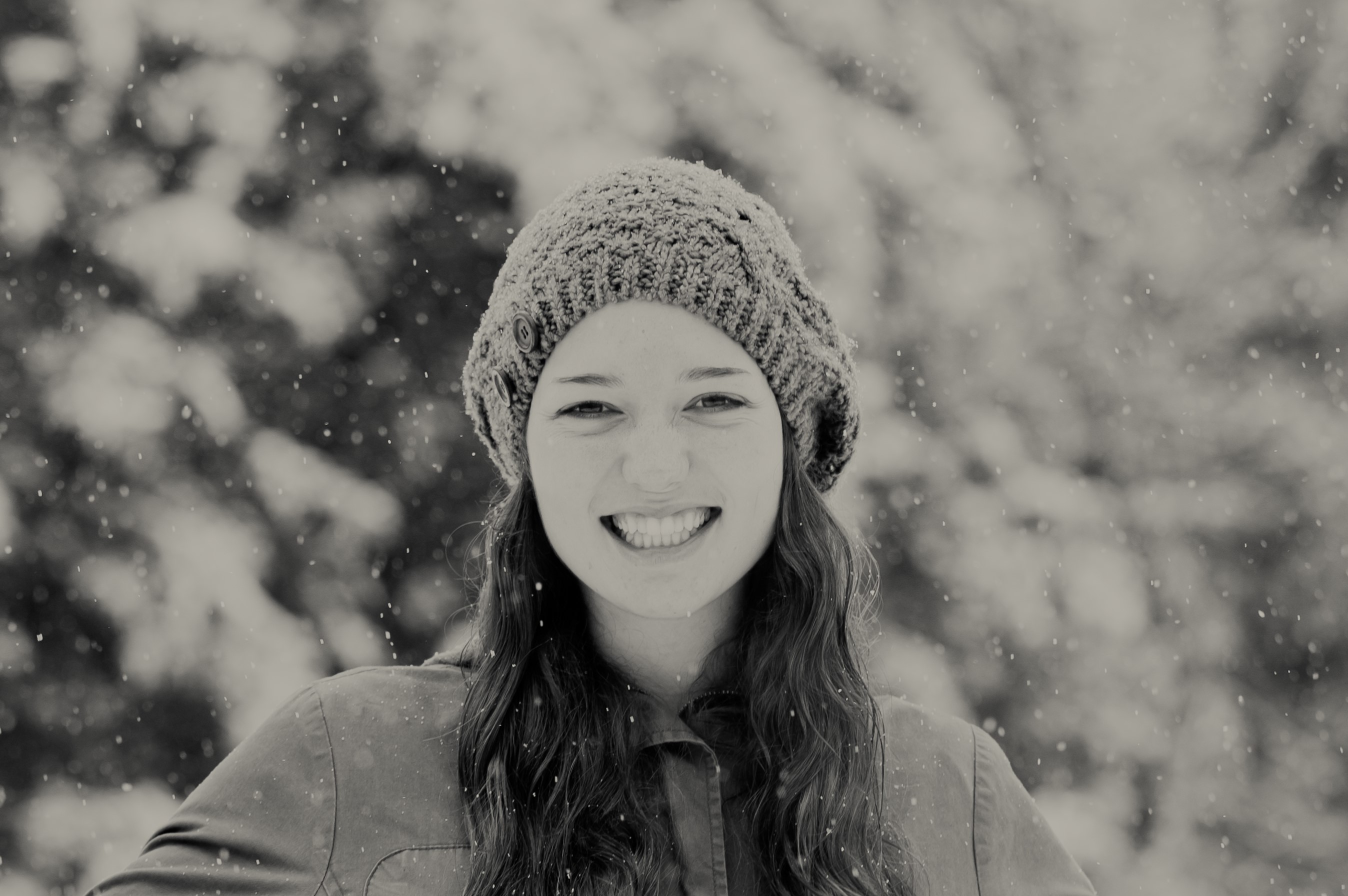 The project: A public opinion survey to determine Peterborough residents’ opinions and perceptions about immigration in the city.

Research question(s): How do residents in Peterborough perceive immigrants? How do they perceive the New Canadians Centre?

Methods: Sabina developed, distributed, and analyzed a written questionnaire, in addition to conducting on-street interviews. She also designed a focus group for the NCC to use in the future. 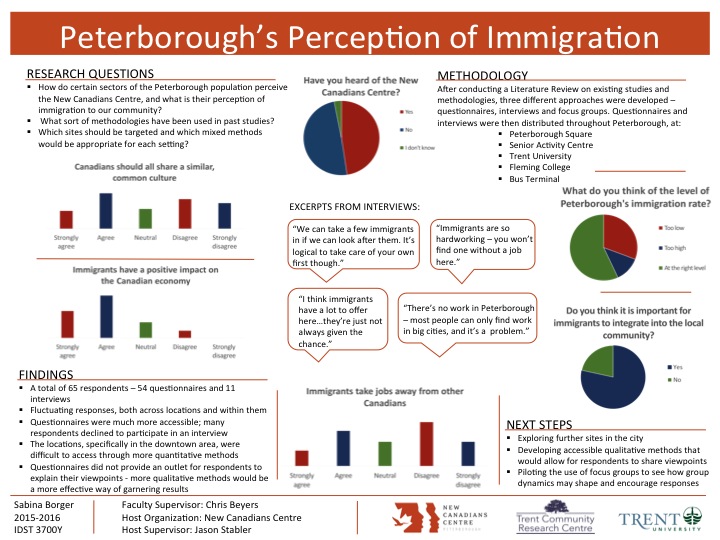 Findings: Sabina found that people in Peterborough have a positive opinion about immigration when it’s considered broadly – as a national issue, or as a facet of multiculturalism. A majority also thought that Peterborough’s immigration rate was at the right level. When asked about concrete impacts of immigration in Peterborough, however, concerns arose. Respondents worried that Peterborough’s economy, with its high unemployment rate, could not absorb more workers. They also worried about the health care costs associated with larger populations. About half of respondents said they had heard of the New Canadians Centre and its work.

Impacts: The New Canadians Centre was extremely pleased with the quality of this report, saying it was the best research project they’ve ever received from the Trent Community Research Centre.

Sabina says the project helped her to develop a whole new set of skills, including interviewing and research design, which she will take forward in her academic career. She also made connections at the New Canadians Centre and realized her passion for supporting immigrants; the summer after she finished her project, Sabina volunteered with the New Canadians Centre in Cobourg.