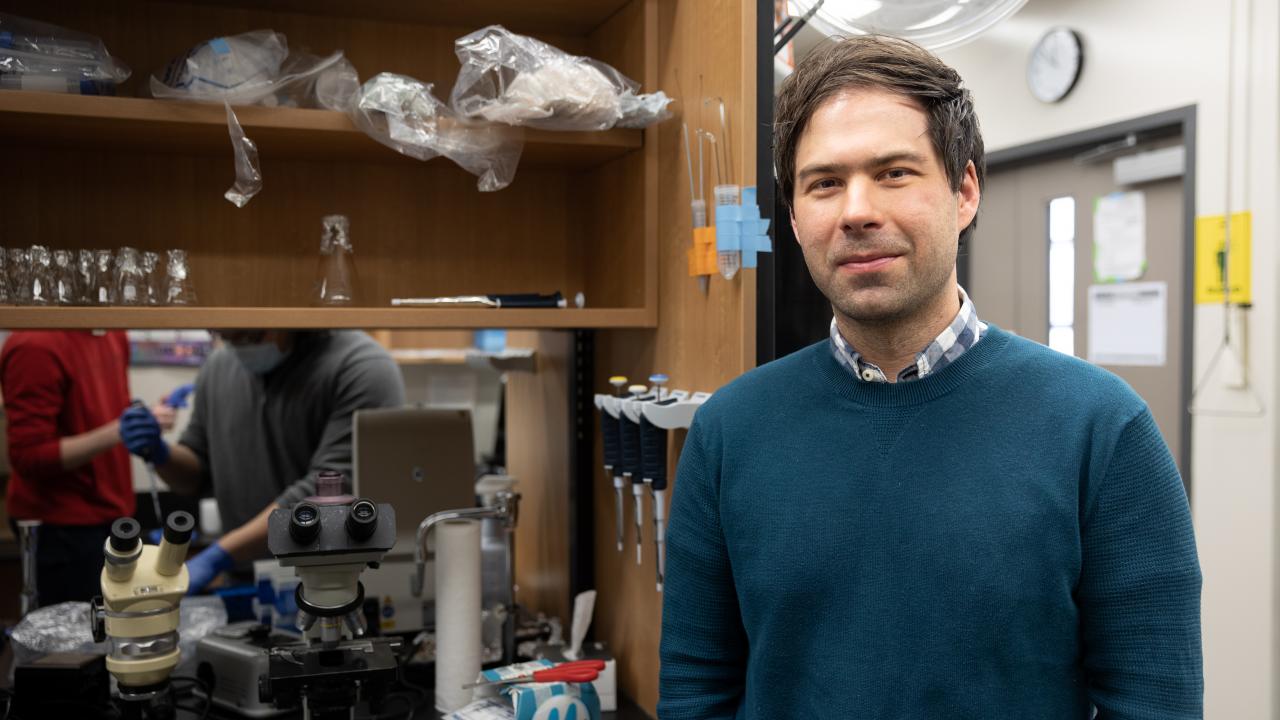 Batten disease is a rare and complex disease affecting people of all ages and ethnicities. It’s characterized by the body’s inability to get rid of cellular waste. The waste buildup causes progressive neurodegeneration which presents in a variety of symptoms, such as vision loss, cognitive decline, loss of motor skills, and ultimately death.

“It shares a lot of similarities with adult-onset forms of neurodegeneration like Alzheimer’s and Parkinson’s but is much rarer,” says Dr. Robert Huber, associate professor of Biology at Trent, whose recently published paper in a premier biomedical journal suggests a new way of looking at the disease.

There are 13 different genes that cause Batten disease, so the form or subtype of the disease one gets depends on which specific gene is mutated.

“Since most of the proteins encoded by genes associated with the disease are not well characterized, it makes it difficult to determine how to treat patients who have it,” says Professor Huber. “The only treatment available is enzyme replacement therapy for one of the sub-types, so for the other 12, it’s basically mitigation strategies.”

To date, the scientific literature has described Batten disease as a series of defects in lysosomes—the cell organelle that contains digestive enzymes—leading to the buildup of indigestible material. But work in Dr. Huber’s lab at Trent, coupled with an analysis of over 20 years’ worth of literature, suggests that altered protein secretion due to the mutation of genes associated with Batten Disease might also play an important role.

“This is quite significant because if altered protein secretion is a key contributor to the disease, then we can use that information to identify biomarkers, for example in urine, that could be used for diagnosis, prognosis, and monitoring responses to therapies. In addition, further study of altered protein secretion in Batten disease will help us better understand what’s going on at the cellular level that’s causing this disease to manifest in people,” says Prof. Huber.

Trent lab one of a few studying Batten disease

Dr. Huber’s lab at Trent is one of only a few in Canada that studies Batten disease. “It’s a very niche research area, not only in Canada but internationally,” says Prof. Huber.

He currently has six graduate students and one undergraduate working with him on various projects related to Batten disease.

“In my lab, we study several genes associated with the disease to gain a wholistic perspective of what’s happening at the cellular level,” says Prof. Huber. “This approach allows us to identify common cellular defects, such as altered protein secretion, that ultimately allows us to better understand the pathology underlying the disease, as well as potentially other forms of neurodegeneration.”

An interesting area of study for Biology students

Prof. Huber’s biomedical research is a great way for graduate students and undergraduates to relate what they study in class to real life.

“I think what attracts students to my research program is the opportunity to carry out experiments that are contributing to the advancement of knowledge for a devastating neurodegenerative disease that affects people worldwide and knowing that their research might someday contribute to the development of a cure or treatment,” says Prof. Huber.