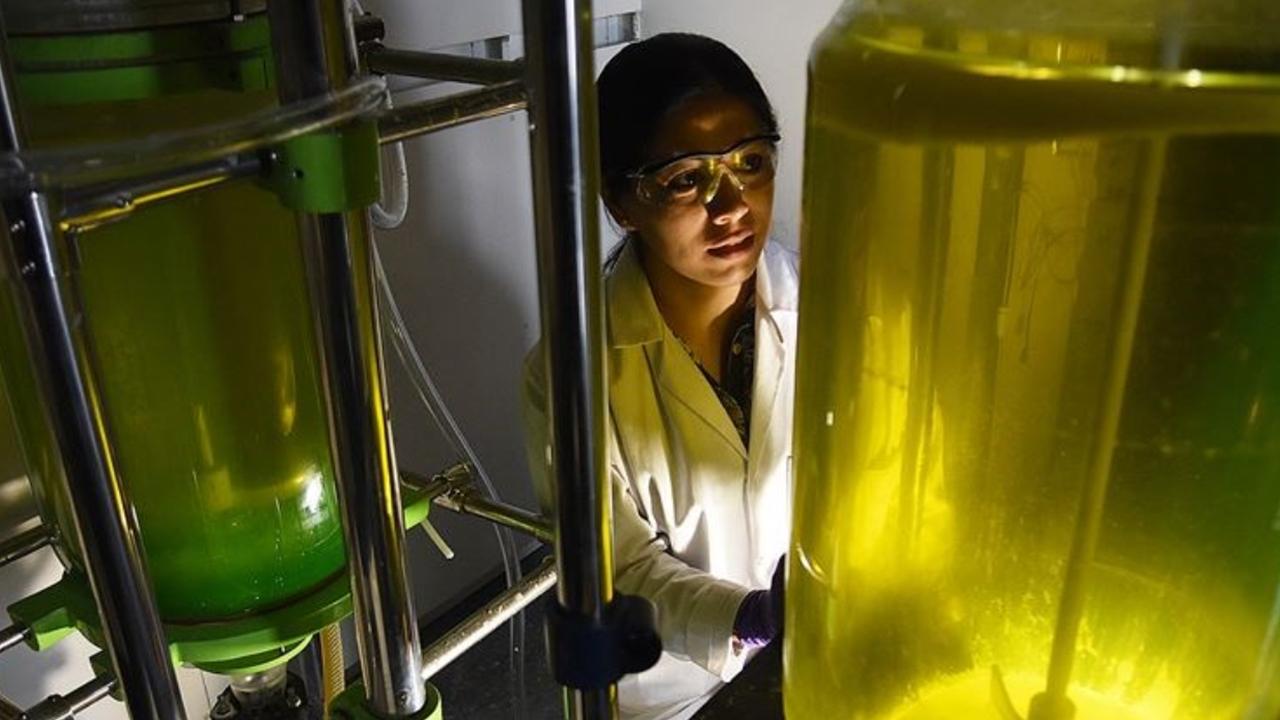 Kosheela Poo Palam traveled more than 12,000 kilometres to do her Ph.D. at Trent University, and for  very good reason: to work with the director of the Trent Centre for Biomaterials Research (TCBR), Dr. Suresh Narine.

“I was working at the Malaysian Palm Oil Board (MPOB) after finishing my Masters degree at the University of Science Malaysia,” says Ms. Poo Palam. “I was studying non-food applications for oil, and came across scientific papers by Professor Narine. I discovered he is an outstanding researcher and pioneer in materials science.”

Under the supervision of Dr. Narine, she has developed an environmentally-beneficial product that has the potential to reduce fossil fuel consumption.

“I researched materials called aliphatic amides, which is derived from vegetable oil and can be used to capture industrial waste heat,” says Ms. Poo Palam. “Waste heat is being generated during the industrial process, and if you don’t capture it, then you lose it. It makes sense to capture and make use of that energy, which can indirectly reduce dependence on fossil fuels. The same material can be used in solar thermal energy storage applications.”

“Kosheela joins a growing number of graduate students in the TCBR who are helping to pioneer a growing and important climate abatement trend: using sustainable materials to store energy and release that energy in a useful manner when needed,” says Prof. Narine. “In her case, it’s tantamount to growing renewable batteries in a field! It is so exciting that at Trent, through research like Kosheela's, we are pioneering world-changing technology.”

Besides studying alongside Prof. Narine specifically, Ms. Poo Palam says there were two other significant factors that drew her to Trent: Prof. Narine’s team and the interdisciplinary approach to research.

“Prof. Narine had a large group of students working with him, which gave me a lot of confidence to travel so far to do research here,” says Ms. Poo Palam. “Graduate studies is not just about working on your own project. It’s also about working with other graduate students. This group was not only very supportive, opened minded, it was full of diverse expertise. I had access to different knowledge that I could incorporate into my project, so my project was not just about chemistry.”