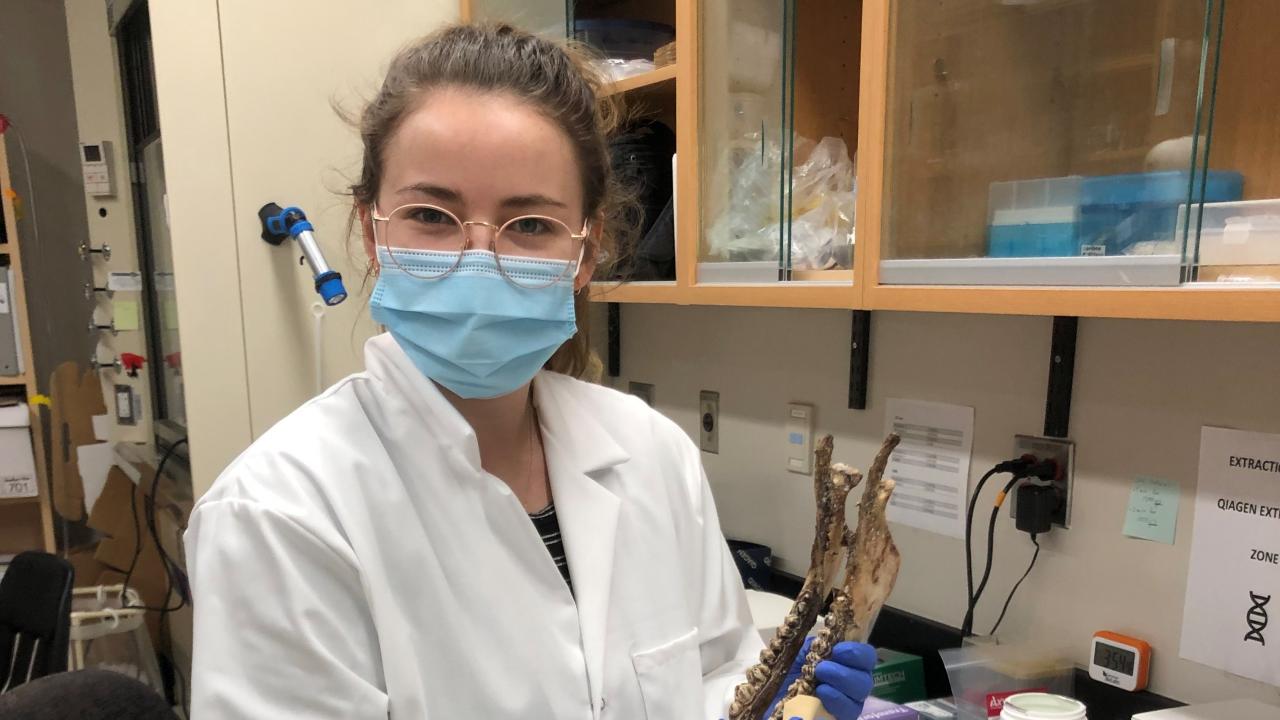 There are 12 designated units of caribou across Canada, 11 of which have been placed in federal at-risk categories, and the remaining group is already extinct. Conserving this iconic Canadian species becomes increasingly urgent, and Trent University scientists are leading the way to help those animals that call Ontario home.

With $115,250 in multi-year funding from Ontario’s Species at Risk Stewardship Program, Trent University Professor Dr. Paul Wilson, Dr. Micheline Manseau of Environment & Climate Change Canada and Dr. Jeff Bowman of the Ministry of Northern Development, Mines, Natural Resources and Forestry are leading two studies that are uncovering the genetic distinction between caribou ecotypes in Ontario, and exploring which conservation approaches would be most viable.

“For the past two years, we have been collaborating with up-and-coming biologists at Trent to investigate the genomic fingerprints of Boreal and Eastern Migratory caribou, as well as Lake Superior caribou,” said Prof. Wilson. “Genomics is an immensely valuable tool for conservation as it can tell us a lot about a particular species’ or sub-group’s evolutionary origins, level of inbreeding, and even adaption to a habitat or climate. When we better understand the factors behind a species becoming at-risk, the better we can respond to protect it.”

Dr. Rebecca Taylor, a post-doctoral fellow working with Prof. Wilson and Dr. Manseau, led a two-year project to delineate between the two populations of caribou in Ontario—the Boreal and Eastern Migratory caribou—using decades of genome-wide data. While these two populations have different behaviours during calving season, it was hard to tell them apart genetically. But not anymore.

“The genetic data that we have now is unprecedented compared to what was available before. We’ve sequenced about 200 genomes from previously collected biological samples and we can now, for the first time ever, distinguish between Boreal caribou, Eastern Migratory caribou and hybrids,” said Dr. Taylor. “The Species at Risk Stewardship Program gave us the opportunity to comprehensively study these caribou in Ontario.”

Kirsten Solmundson, a Ph.D. student working with Prof. Wilson and Dr. Bowman at Trent, is looking at Lake Superior caribou, which are considered a part of Boreal caribou, but also have distinct habitat boundaries and behaviours.

“Through my research project, I’ve been able to sequence over 50 genomes from Lake Superior caribou samples that have been collected over many years, which is likely more than the number of caribou remaining in that area today,” said Kirsten. “Genome studies mean we can look back at the genetic history of a group of animals to analyze evolutionary relationships and historical mixture of ecotypes. Knowing how genetically distinct this group of Lake Superior caribou is from the continuous range of Boreal caribou or other ecotypes, influences conservation interventions.”

In addition to the projects focused on caribou, the Species at Risk Stewardship Program is also funding a project led by Dr. Dennis Murray, Canada Research Chair in Integrative Wildlife Conservation. Professor Murray is receiving $115,201 to study the small-mouthed salamander and Unisexual Ambystoma on Pelee Island, also to better understand and evaluate conservation approaches.

“Trent University is an international leader in environmental research” said Dr. Cathy Bruce, vice president of Research & Innovation at Trent University. “This investment by the province is a reflection of the value and importance of Trent’s work in research, recovery and conservation of species-at-risk in Ontario and more broadly.”

The provincial government is investing a total of $4.5-million in more than 80 projects across Ontario, including the Ontario Turtle Conservation Centre which is receiving $250,000 through the program.

Dr. Bruce noted that “the funding for OTCC is positive news and we look forward to further collaborations as a community partner.”